Fentuo writes: 5 reasons why Wa All Stars are struggling 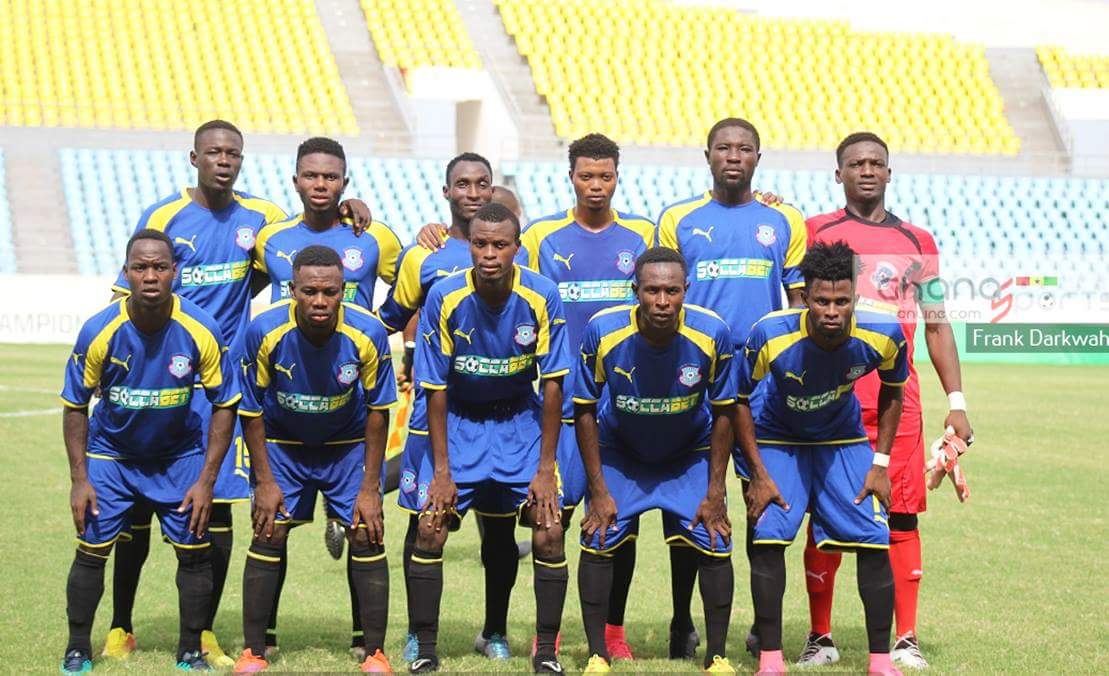 Liberty Professionals and Berekum Chelsea, who have both played a game less, sit above All Stars, 2 points better off. All Stars could be left further isolated at the bottom if both of these clubs win their outstanding matches. With only seven matches into the campaign, the Wa-based side could already be sucked into a relegation battle.

All Stars won the GFA Gala competition in February, giving indications that, perhaps, another title charge was in the offing. However, things have gone downhill since then.

But how have they got themselves into this mess?

Since Jimmy Corblah left the club in at the beginning of 2016, Wa All Stars have had three coaches in two years. When you consider that Enos Adepa was in charge for a year and a half of that period, then you are looking at two coaches in 6 months or so.

Adepa impressed everyone by leading the Northern Blues to an unlikely league win in his first season in the top flight as a coach in 2016. But the 2017 campaign started off disappointingly as the club were kicked out of Africa by Al Ahly Tripoli in February, before a poor run of form in the league led to his sack 6 months later. All Stars had 20 points from 20 games and a mere 4 points above the drop.

He was replaced by local favorite Alhaji Mumuni Sokpari for the last ten games. Sokpari delivered, successfully guiding the team to safety, losing only two out of the ten games he supervised.

But the 2018 season has been less impressive. Three games into the campaign, Sokpari was gone; replaced by Sarfo Castro. Sokpari has every reason to feel pained about his sack. He went into the season with perhaps the least impressive squad in the last three years.

The club lost as many as 13 players before the start of this season. The players that formed the nucleus of the title-winning team from 2016 have all moved on. Sadiq Alhassan, Addul Ganiyu Ishmael, Maxwell Baakoh, Emmanuel Ocran, Hafiz Adams, Nasir Moro, Paul Devries Asare, Kweku Asuandzie  Baffoe have all left the club for pastures anew.

While the club attempted to address the mass player exodus, the replacements they brought in were either too inexperienced, or lacked top quality. The likes of  Ibrahim Yusif, Isaac Mintah, Maxwell Oppong, Emmanuel Dagadu, Mohammed Yakubu, Issahak Yakubu and Kingsley Anning, who were all brought in to reinforce the squad have all yet to settle in.

The departed players left with a ton of experience, acquired through years of playing top level football. The replacements have all been signed from lower-tier clubs and will need time to gel and adopt to the Ghana Premier League. This requires time – something that Wa All Stars unfortunately do not have.

Add to injuries to key players like David Sandan Abagna, center backs Eric Oppong and Nicholas Francis Mensah and Baba Musah, and it becomes even more difficult to see how Sokpari was not given time to turn things around.

Sandan in particular, scorer of 13 league goals last season, was sorely missed at the start of the campaign. Sandan has emerged as a new leader of the team despite being only 19, and his presence at the beginning of the campaign could have spurred the team onto better results than they had.

The recent trend in Ghana has seen clubs generally struggle domestically the season’s following a campaign in Africa.

Ebusua Dwarfs got relegated in 2014 after they participated in the CAF Confederation Cup that year. Ashantigold almost suffered relegation the season following their campaign in the CAF Champions League while Medeama nearly suffered a similar fate in 2014.

The knock on effect has often been a lack of financial will-power to bring in reinforcements while almost simultaneously willing to let quality players leave in an attempt to re-coup some of the huge capital investments in the Africa campaign.

Wa All Stars President, Kwesi Nyantakyi, is on record to have stated that bankrolling the club’s Africa campaign in 2017 almost bankrupted him, so there is little surprise that he did not spend a fortune on bringing in new players after letting go of so many players.

Castro has been in charge of 4 games, winning one, with the 2016 champions rooted to the bottom of the table.

The recent managerial turnover at the club means Castro might not be there a long time if results do not turn around quickly. The decision to entrust the team to Enos Adepa, a relatively inexperienced coach, was how they became champions.

But the lack of patience from the club’s trigger-happy president, Kwesi Nyantakyi, is gradually plunging the club back to a quicksand of mediocrity, and into the ditch of endless revolving fight for survival.