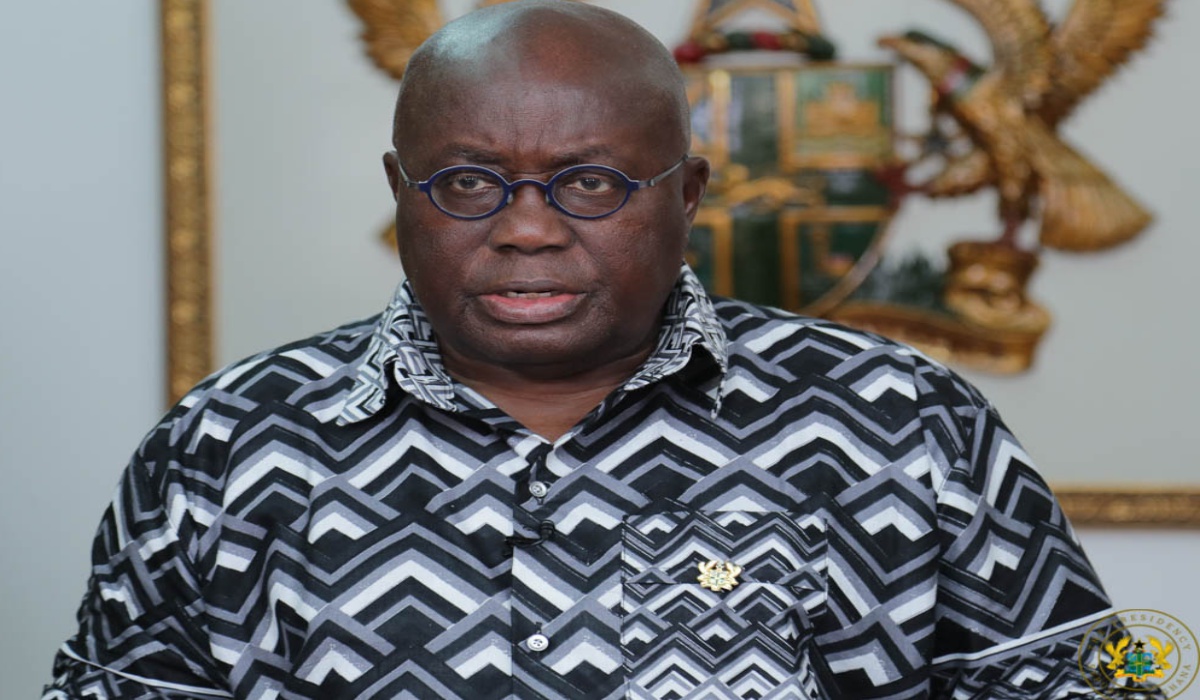 President Akufo-Addo has categorically stated that government has no plans of offering the United States the space to have a military base in the country.

Addressing the nation on the controversial defence cooperation agreement between Ghana and the US on Thursday evening, the President indicated that the United States of America had also not placed a request for the setting up of a military base.

The President said the deal will continue, and has thus asked Ghanaians to “reject the naysayers and hypocrites.”

“However, in consideration of the realities of our circumstances and the challenges to peace in our region in our time, we have deemed it prudent to continue the Co-operation Agreement with the United States of America. It is our firm belief that the Agreement will help enhance our defence capability, and offer an important layer of support in our common effort to protect the peace in our region.”

President Nana Addo’s comment comes weeks after the Defence Minister and officials of the US Embassy in Ghana clarified that there will  be no such thing as a military base following the agreement.

Despite this clarification, opposition parties organised a protest against the deal, insisting  on a change of some clauses of the agreement which will infringe on Ghana’s sovereignty.

‘We chose openness over secrecy’

The President further indicated that unlike previous military defence cooperation agreements with the United States that were done in secret by previous regimes, his administration chose to be transparent with the 2018 agreement because they mean well for the country.

President Nana Addo said Ghana’s sovereignty had not been traded by virtue of the agreement, as has been suggested by critics, particularly members of the opposition National Democratic Congress [NDC].

He indicated that it was highly hypocritical of people who are indeed aware of the details of the agreement and the benefits thereof, but have chosen to confuse Ghanaians with misinformation to score cheap political points.

Although many Ghanaians have expressed resentment over the clauses of the agreement, the Defence Minister, Dominic Nitiwul has explained that the agreement is in the best interest of Ghana.

The Government has also consistently explained that it was only respecting the existing Status of Forces Agreement with the US signed since 1998 and reviewed in 2015, under the previous NDC administration.

But the NDC Minority has downplayed this argument, saying the agreement as existed in the past, did not have the same clauses like the current one that gives the US unlimited access to Ghana’s military facilities.