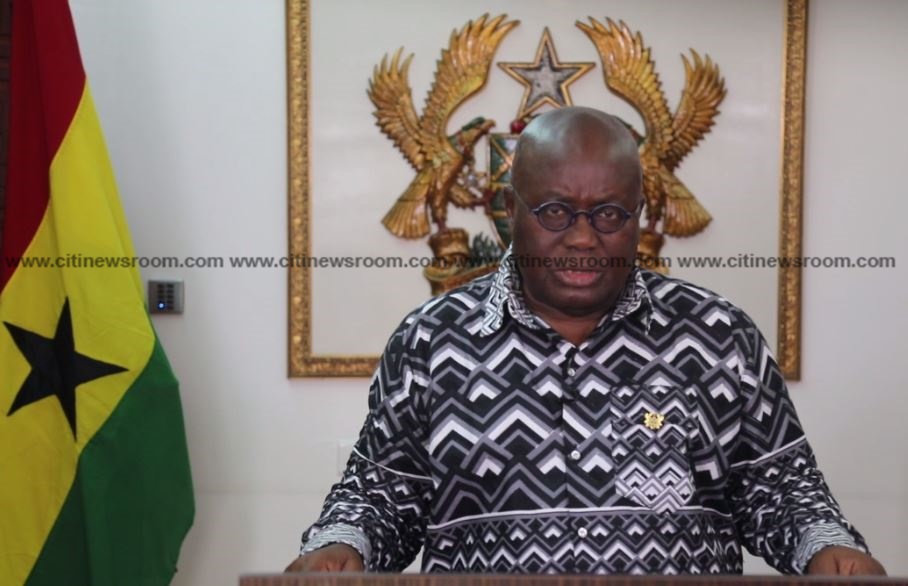 A visibly incensed President Akufo-Addo on Thursday night came down, all-guns-blazing, on political opponents who have been firmly critical of the government’s defence cooperation agreement with the United States, asking Ghanaians to ignore such “naysayers and hypocrites.”

In the view of the President, unlike previous military defence cooperation agreements with the United States that were done in secret by previous regimes, his government chose to be transparent with the 2018 agreement.

Addressing the nation on Thursday evening, the President said Ghana’s sovereignty has not been traded as has been suggested by critics, particularly members of the opposition National Democratic Congress [NDC].

In what appeared to be a response to the opposition NDC which has been at the forefront of protests against the deal, the President said it was highly hypocritical of people who are fully aware of the details of the agreement and the benefits thereof, to have chosen to confuse Ghanaians with falsehood because it is politically expedient for them to do so.

“Surely, this is the kind of cynical manipulation by reckless self-seekers, which, in the fullness of time, the people of Ghana will acknowledge and condemn. And I am sure that as the facts become clear and widely available, and as the people come to terms with the evidence, they will reject the falsehood and deliberate attempts to destabilize our peaceful country. Truth is sacrosanct.”

The President, who did not go into the details of the agreement to respond to criticisms of the various clauses, maintained that the agreement is in the interest of the country, and also useful for the country’s contribution to stability in the sub-region.

“So let me state with the clearest affirmation that Ghana has not offered a military base, and will not offer a military base to the United States of America. Indeed, the United States of America has not made any request for such consideration and, consistent with our established foreign policy, we will not consider any such request. However, in consideration of the realities of our circumstances and the challenges to peace in our region in our time, we have deemed it prudent to continue the Co-operation Agreement with the United States of America. It is our firm belief that the Agreement will help enhance our defence capability, and offer an important layer of support in our common effort to protect the peace in our region.” 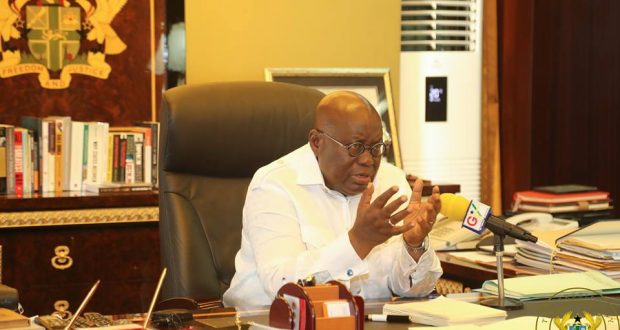 Nana Addo rubbished the claims that Ghana is offering the US a military base.

“So let me state with the clearest affirmation that Ghana has not offered a military base, and will not offer a military base to the United States of America.”
The President said he considers the reactions to the agreement as a good omen for democracy and not a threat.

It is unclear why the President chose to speak on the matter given the consistent stance by various government spokespersons.

The government has consistently explained that it was only respecting the existing Status of Forces Agreement with the US signed since 1998 and reviewed in 2015, under the previous NDC administration.

It also quelled speculation that the US was going to establish a military base in the country.

The US Embassy in Ghana has also provided some clarity on the matter, saying Ghana will not permanently host the US troops, and that they were not building a military base.

The President’s response comes not long after an open letter by the National Democratic Congress [NDC] Member of Parliament for North Tongu, Samuel Okudzeto Ablakwa, asking him to speak on the deal.

The MP challenged President Nana Akufo-Addo to renegotiate the pact to assuage the widespread concern of Ghanaians.

What is the deal about?

Cabinet agreed to provide the US’ military with a place near the Kotoka International Airport.

With the agreement ratified, it means that the US army will be exempted from paying taxes on equipment that are brought to Ghana as well as use Ghana’s radio spectrum for free.

The US will offer training and equipment to their Ghanaian counterparts.

Opposition to the deal

Critics have said Ghana was essentially mortgaging its sovereignty by accepting the terms of the agreement.

The opposition to the deal culminated in a demonstration led by the Ghana First Patriotic Front, a coalition of opposition political parties.

A number of Minority legislators from Parliament also joined the protests.

Prior to the demonstration, the Deputy General Secretary of the National Democratic Congress (NDC), Koku Anyidoho, was picked up by the Criminal Investigations Department (CID) for making some comments deemed treasonable.

Mr. Anyidoho had, in an interview on Accra-based Happy FM, indicated that President Akufo-Addo will be overthrown by a civilian coup because of the ratification of the controversial defence cooperation.
–
By: Ebenezer Afanyi Dadzie/citinewsroom.com/Ghana

Ghana won't offer US a military base – Nana Addo