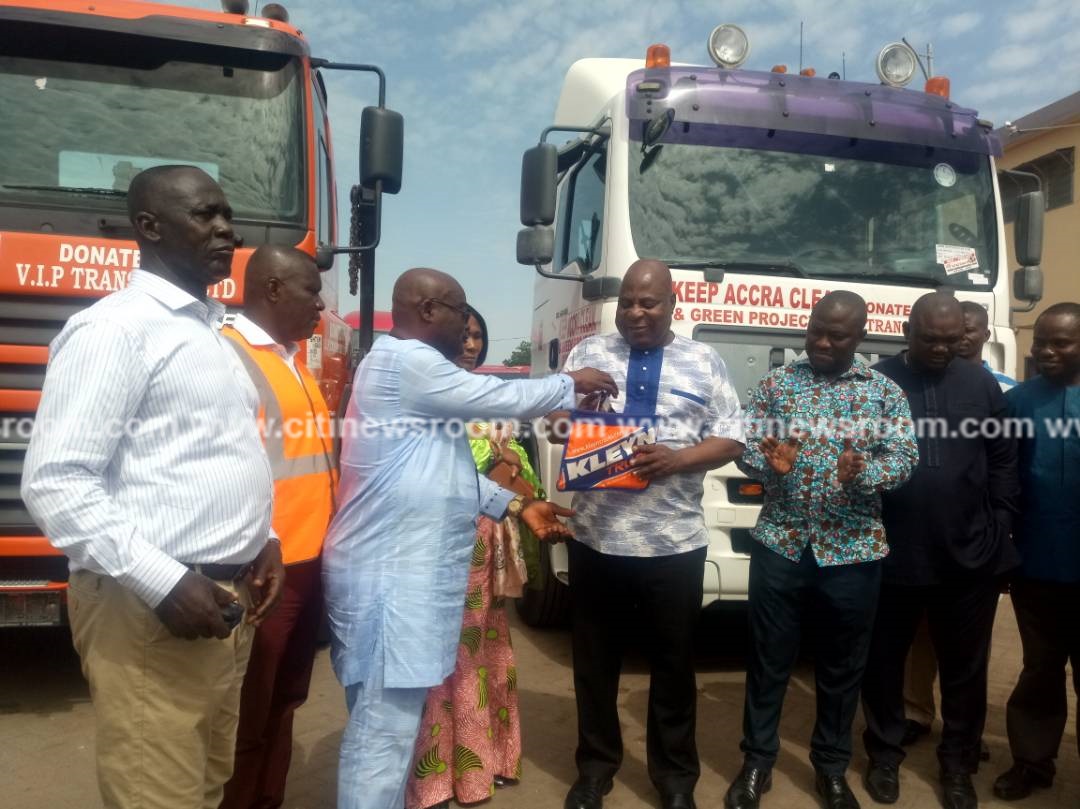 The Metropolitan Chief Executive of Accra, Mohammed Adjei Sowah, has said that the vision of the President to make Accra the cleanest city by the end 2020 is on course.

He said the achievement will require the collective effort of citizens and all stakeholders.

[contextly_sidebar id=”l0sjab4cIB3E49HQ1ULY3AKgKWDe25w3″]Mohammed Sowah made the comment after a short ceremony to take delivery of two heavy-duty dumper trucks from the VIP Jeoun Transport Company.

“It is a vision which is achievable and doable when collectively we commit to it. It is the responsibility of all of us. …Once we have bought into the vision of the president and all of us are working towards it, we could possibly achieve it probably even before the end of the first term of the president, and I believe that we are doing so well,” he said.

President Akufo-Addo in April 2017 promised to make Accra the cleanest city in Africa by the end of his first term.

The ambitious plan comes in the face of worsening sanitation crisis in the nation’s capital, Accra, with city authorities struggling to deal with the situation.

Many residents within Accra now measure the work of the Assembly based on the target set by the President, but Mohammed Adjei in response says the Assembly is on track.

“There are many companies in Accra who we are hoping will respond to the call of the president that Accra should be clean. In that direction, we know that is not the sole responsibility of the AMA, but all other stakeholders including the media, corporate entities and citizens. VIP has done very well by making such donation. This gesture will help so much because we have challenges of inadequacy with some equipment, and this will help us so much,” he added.

The Accra mayor called on other organizations to support the agenda to Make Accra the cleanest city in Africa.