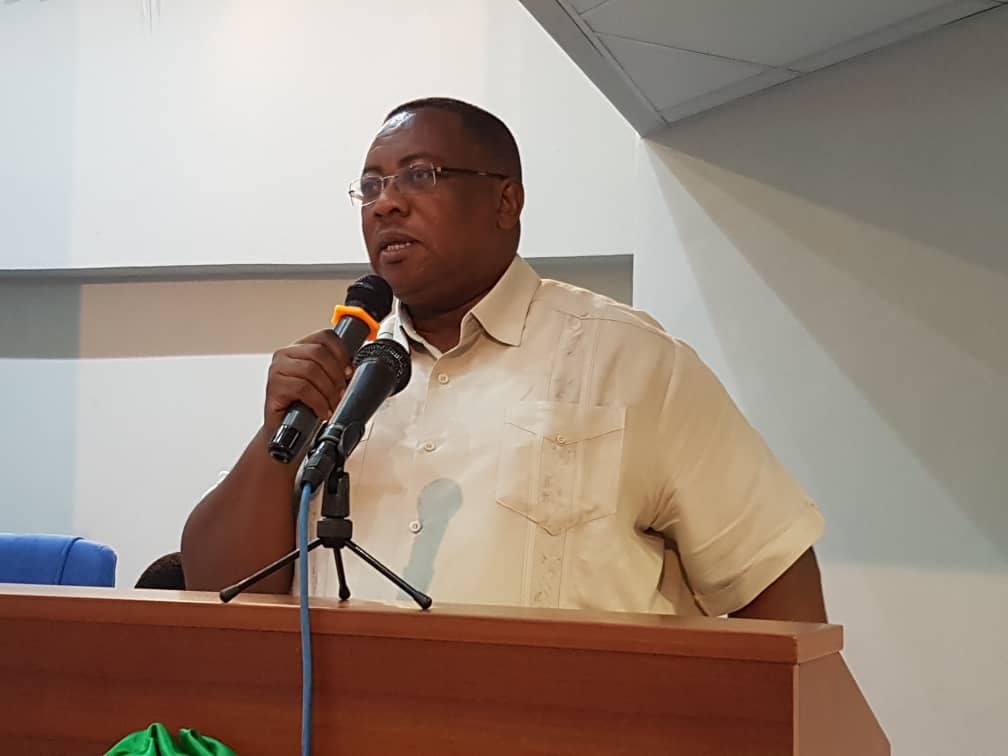 The Ghana Mine Workers Union has called on government to consider a broader conversation on the matter that led to the loss of over over 2,000 jobs within the mining sector in 2017.

Gold Fields Ghana Limited in December 2017 faced severe criticism following its decision to switch from owner mining to contract mining at its Tarkwa Gold Mine, a decision that resulted in over 1,700 Ghanaians losing their jobs.

[contextly_sidebar id=”SFxKrEKNLwY2EqFpoPKs4qWVryLSaqjd”] Government later signed a Memorandum of Understanding (MoU) with aggrieved workers of Gold Fields Ghana who have been protesting over the layoffs.

But speaking at the opening session of the union’s national executive Council meeting in Accra, Prince William Ankrah, General Secretary of the Mine Workers’ Union, said government should not let such an occurrence be swept under the carpet.

“Following Gold Fields Ghana’s bizarre operational mining model of a contract mining and the resultant massive retrenchment of over 2,500 permanent workers at both Tarkwa and Damang operations due to the imposition of fixed term contract, the sudden pronouncement of the then Minister of Lands and Natural Resources that it was a Government policy, came to us as a shock.”

“We therefore strongly believe that such a major shift in the labour market of a very critical sector in our nation cannot be made to sound like a mere ministerial policy. We therefore demand a broader conversation on it. It is also astonishing that the policy in question is indeed at variance with the persistent’s claim that he believes in decent and well-paid jobs. Indeed, we have a difficulty reconciling these two major conflicting pronouncements at the highest level of our governance structures”, he added.

The Third World Network predicted a drastic change in large scale mining in Ghana if Goldfields Ghana’s new mining plan was allowed to sail through.

According to the Coordinator for the Third World Network, Dr. Yao Graham, this was also likely to impact the revenue from the mining sector going forward.

Dr. Yao Graham explained that the issues must be carefully monitored.

“The quality of work, remuneration and security of the workers are being cut, and it is important to also know that once this precedent is set, the nature of large scale mining sector work as we know it, is going to end forever because Anglogold Ashanti is also lining up to carry out something similar. All over the world what happens to casualisation is that the company protects its returns and the share of value that is created going to the labour force drops,” he argued.