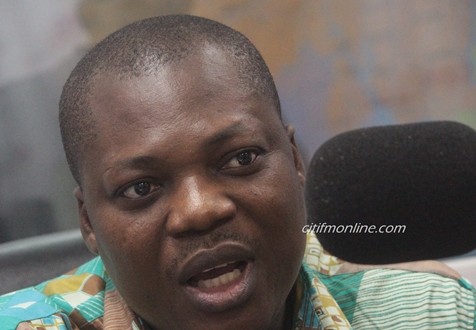 An economist, Dr. John Gatsi believes the government must not be allowed to mortgage the country’s natural resources for huge loans on its own accord.

[contextly_sidebar id=”axh0nxJca8cS7YITCOWa3G65b7U6XT4Z”]According to him, stakeholders especially Parliament, must be engaged before such major decisions are taken.

Speaking on Eyewitness News on Monday, John Gatsi said, “It is inappropriate to allow one government to put the country on that path bearing in mind the risk this poses to us in the future….It will be in the interest of the government to get the attention and the buy-in of other stakeholders especially parliament before engaging further in this discussion. We can also not allow one government to entangle the natural resource base of this country for borrowing to undertake projects that are not clear-cut in the national development plan.”

He made the comments on the back of government’s plans to float a $50 billion bond and call on China to take interest in it.

The development was announced by President Akufo-Addo while on a state visit to the Asian country.

President Akufo-Addo in an interaction with his Chinese counterpart, Xi Jinping said “The Ministry of Finance and the economists in Ghana are looking at floating a $50 billion Century Bond. This will provide us with the resources to finance our infrastructural and industrial development. We are hoping that, at some stage, China will interest itself, and take a part of it as China’s contribution to Ghana’s development,” Akufo-Addo told Jinping.

But John Gatsi is very concerned about the plan.

He believes that the country may not get the best results from the use of the expected bond since it is not being guided by a long-term national development plan.

“A country should engage in such a long-term borrowing based on a long-term development agenda approved by parliament and guiding all of us. That should be the case because when you are using natural resources as a mortgage for the country, you need to know that commodity goes through volatility in terms of price and when such things happen, they pose problems for the country. We’ve seen that for Argentina and Zambia and it cannot be different for Ghana,” he said.

Meanwhile, the government has indicated that the move to issue a century bond in the future is aimed at accelerating the infrastructure development of the country.

The Information Minister Designate, Kojo Oppong Nkrumah in an interview revealed that the bond will be used to refinance the country’s existing debt and enable it to finance other infrastructure projects.

“There is a proposal for the administration to consider a century board as has been done for example by China, Argentina, Austra, Ireland and even Mexico which provides ultra long term financing at low rates and helps you to principally refinance our current debt stocks, but also provides financing for some of the major items that we intend to embark on; railway, regional intercity motorway, Things like the regional airports. Industries that require financing as well, and at this stage, this proposal is being considered,” he said.