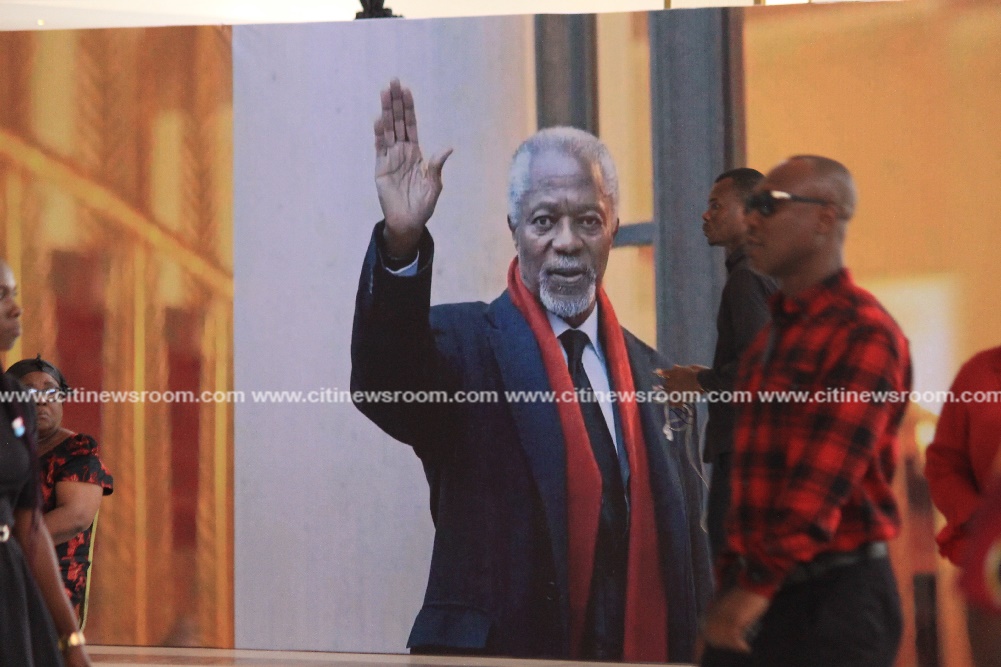 President Nana Addo Dankwa Akufo-Addo has paid glowing tribute to late former United Nations Secretary-General, Kofi Annan, describing him as someone who sacrificed his life for peace in conflict zones.

He said Mr. Kofi Annan’s personality was needlessly attacked whiles he served in the highest office globally, but he never lost his moral compass.

[contextly_sidebar id=”jJhIJWNWr2keJ9UIw2sMRIOYtmiXLiDe”]“Indeed, the outpouring of tributes from the world over is an accurate measure of the man, a man who gave his life to making peace where there was conflict, to defending the voiceless who were powerless, to promoting virtue where there was evil.”

“Despite the unjustified attacks on him, trying to fix him with responsibility for the genocides in Rwanda and Srebrenica where he was head of UN peace operations, he never lost his moral compass, as he showed when he stood up to the might of the United States of America when they were embarking on their ill-fated intervention in Iraq.”

“Kofi Annan was an ardent believer in the capacity of the Ghanaian and African to chart his or her own course on to the path of progress and prosperity. He found the vision of a Ghana beyond aid, indeed of an African beyond aid, very appealing. Undoubtedly, he excelled in the various undertakings of his life, leaving in his trail most pleasant memories. His was a life well-lived.”

Nana Akufo-Addo said he appreciated the advice from the late diplomat.

“He gave me sensitive, deeply appreciated advice when I became President of the Republic,” Akufo-Addo said when he read his tribute at Kofi Annan’s burial service held at the Accra International Conference Centre on Thursday.

He said the last time he saw Mr. Annan was in March 2018, when the former international diplomat came to “inform me, much to my discomfiture, that he could no longer continue to serve as Chancellor of Ghana’s premier university, the University of Ghana, Legon, since he had served the two terms permitted by the statutes of the university.”

“I bemoaned my ill-luck, even though, as life would have it, the university has found in Mary Chinery-Hesse, his old and trusted friend, a worthy successor,” he said.

President Akufo-Addo added that Mr. Annan was enthused about his Ghana Beyond Aid agenda.

Our leaders don’t care about the youth – Bulldog backs Menzgold