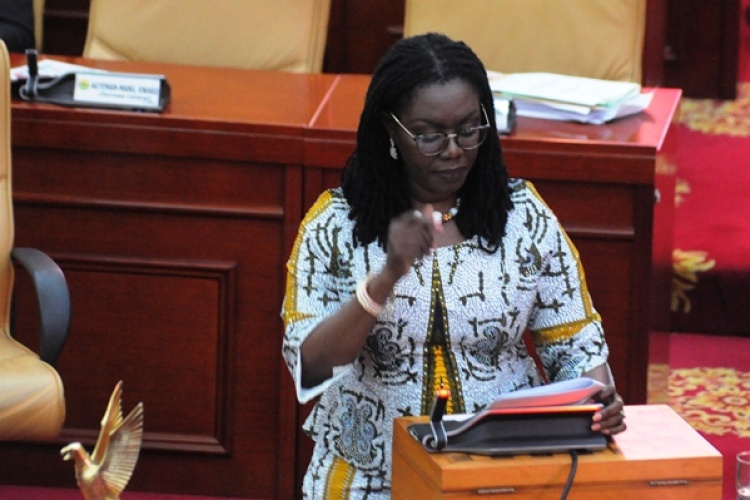 The Minority in Parliament is seeking to drag Communications Minister, Ursula Owusu before the House over the controversy surrounding the involvement of Chinese firm StarTimes in the country’s digital television space.

[contextly_sidebar id=”tTOht102M8xrFWZGeZ4Ot07jgHyCqGXB”]“We have asked members on our side, and I want to believe that many members even on the Majority side in good fate, want to listen to the official positions, then they can react. We are hopeful that it will happen this week then they will seek the help of the Minister to come and give them further and better particulars,” he added.

The Ghana Independent Broadcasters Association (GIBA) last week raised concerns over the possible handing over of Ghana’s Digital Terrestrial Television (DTT) infrastructure to StarTimes; a move they say is not good for the industry..

But these fears were refuted by the government.

The government had previously said the platform will be managed by a new firm called the Central Digital Transmission Company, which will be presided over by a seven-member Board, on which GIBA has a representative.

The Minister of Communicatiobs, Ursula Owusu, has explained that “the selection of a contract and financing options for any aspect of the project should not be interpreted as an intention to hand over the ownership and management of the platform to any third party.”

She has taken a swipe at some critics suggesting that they’re misinforming the public.

But Muntaka Mubarak has urged Ursula to take the criticisms in good fate.

“We are asking our members to go get the official documentation, based on the official documentation we will respond officially. But primarily I don’t think it’s a good thing. And I want to urge my colleague, the Minister of Communication to stop personalizing things. When people are pointing to you the dangers, just pause, listen and interrogate more, but don’t be annoyed and be talking as if you are trying to pick a fight. It’s not about fighting; it’s about the destiny of Ghana”he said.

“If you know what the Chinese are doing in Djibouti, Tanzania and Zambia to the extent of being recruited in the Zambian police; they mean business. We have been told that they have a strategy to move 250 million Chinese into Africa. So we all have to be cautious. So when we are pointing out issues, it doesn’t mean that we hate Chinese. If they want to do good business we will do it, but the bad ones, we will certainly point them out,” he added.

The government remains unclear on the amount of money it will receive from the China Exim Bank for the second phase of the Digital Terrestrial Television network platform for Ghana.

As it stands, the government expects $97 million as part of an agreement with the Exim Bank of China.

“The contract I signed indicates that before it becomes effective, certain very key milestones have to be undertaken, and so we are nowhere near operationalizing this contract,” the Communications Minister explained further on the Citi Breakfast Show.