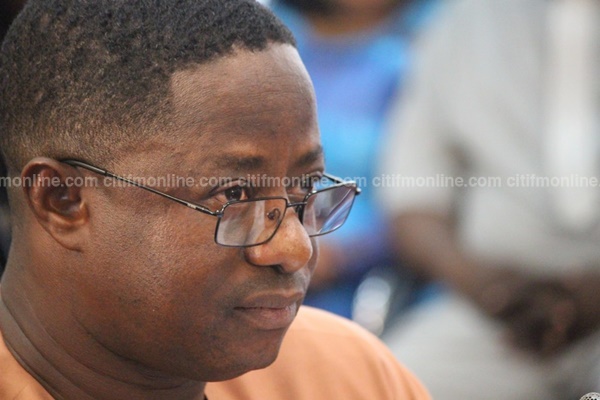 The Minister for Energy, John Peter Amewu, believes that the numerous tax reductions announced by the Akufo-Addo government since it assumed office in 2017, have cushioned Ghanaians against the impact of the fuel price hikes.

According to him, Ghanaians would have been paying eight percent more for fuel if the government had not reduced and scrapped some taxes in the 2017 and 2018 budgets.

Speaking at a press conference in Accra, Mr. Amewu argued that the significance of the tax reduction is reflected in the ex-pump prices of petroleum products which reduced from 40 percent in 2017 to 26 percent in 2018.

He stated that government’s intervention has rather brought some relief since consumers would have paid more for fuel as the global prices of crude oil surges.

He pointed out that government has no control over the recent global activities which are impacting the price of crude oil.

“The international market conditions have weighed strongly against domestic prices of petroleum as international crude prices continue to increase and currently estimated at $78 per barrel,” he said.

Mr. Amewu announced that government has made progress in its effort at securing a government-to-government oil supply arrangement to address the supply side factors of petroleum products prices.

The increase has primarily been attributed to the depreciation of the cedi against the US dollar.

The recent increase in fuel prices has angered many Ghanaians who say the government should remove some of the taxes on the petroleum products to reduce the prices.

The Minority in Parliament is demanding the scrapping of the special petroleum tax as a measure to cushion Ghanaians as the prices of petroleum products keep rising.

According to the Minority Spokesperson on Mines and Energy, Adam Mutawakilu, the tax has outlived its usefulness at a time when world market prices allow government to make a windfall of 10 million dollars per day from crude exports.

Addressing the media, the Damongo Member of Parliament said government must not be insensitive to the plight of Ghanaians.

“In the 2018 budget, this [Akufo-Addo] government presented to Parliament a benchmark price [the price at which we sell our oil] of $57 per barrel. But as we speak now, the price per barrel is $77 per barrel. That means government is making surplus of $20 per barrel. And currently we produce at almost 200,000 barrels. So if you multiply this $20 barrel excess by 200,000 we are talking about $10 million surplus every day.”

“That means every day government is making surplus of $10 million. By this, the special petroleum tax has nowhere to fill in the gaps in respect to the oil prices. And that is why we are calling on President Nana Akufo-Addo to as a matter of urgency scrap the special petroleum tax. Currently, it’s about 46 pesewes per litre, and if it’s about 5 litres a gallon, you are talking about Ghc2.2. If you calculate it as a percentage that’s about 10%,” he added.

The Executive Director of the Institute of Energy Security (IES), Paa Kwesi Anamoah Sakyi, has warned that fuel prices at the pump will continue to go up until the cedi stabilizes.

According to him, Bulk Oil Distributors who buy crude oil have no option but to pass on the increasing cost of fuel to Ghanaians as prices on the world market.