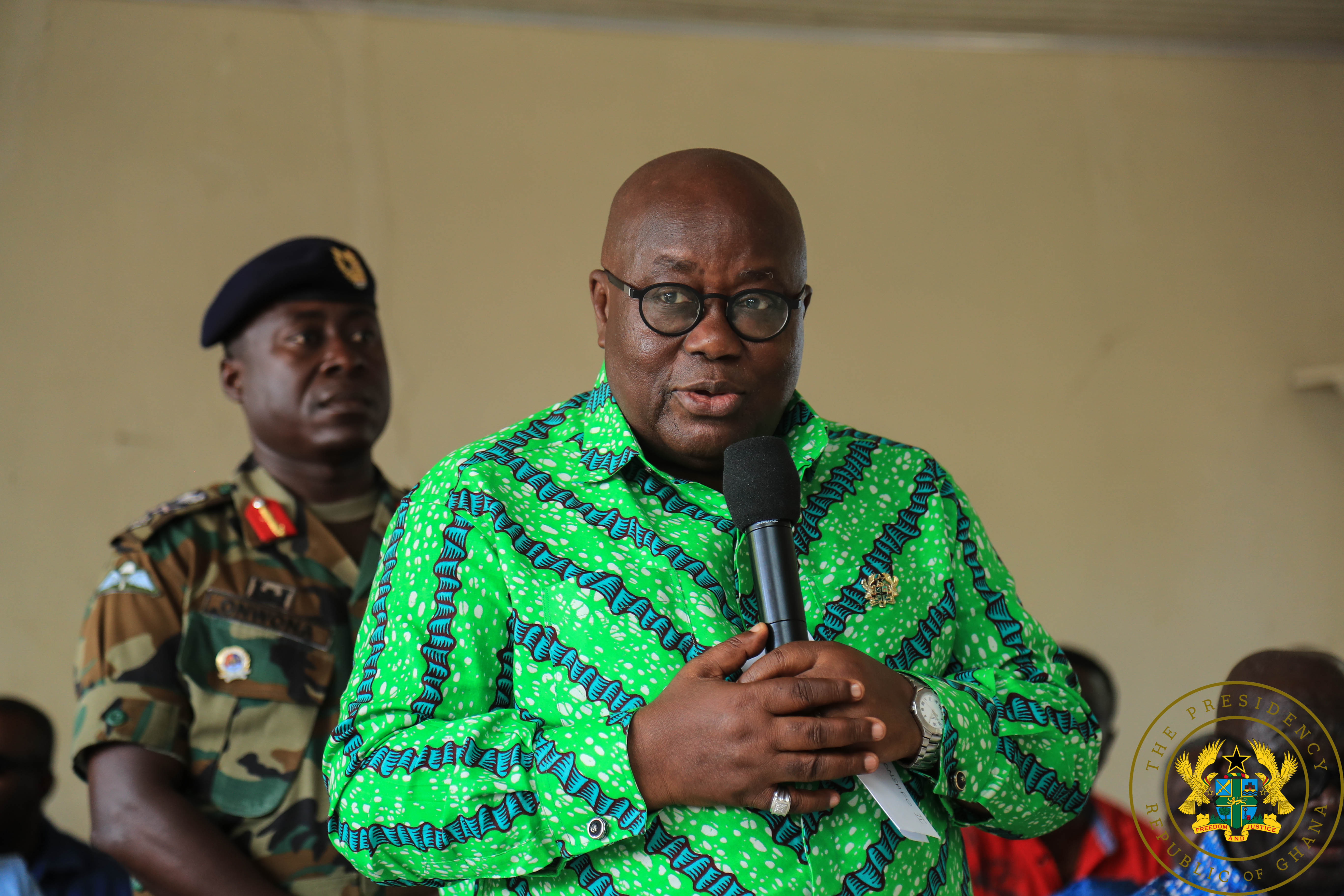 President Akufo-Addo, who doubles as the Commander-In-Chief of the Ghana Armed Forces, has asked military personnel to desist from using their mandate to intimidate civilians.

According to him, there have been reports about some military officers who manhandle civilians.

[contextly_sidebar id=”s4F5dsjKMcRAl5AP0PNkc1IYJOX1X9Yj”]Speaking at the graduation ceremony of 138 officers at the Ghana Military Academy at Teshie in Accra, President Akufo-Addo advised the Armed Forces to strive to maintain good relations with citizens in order to promote national integration and cohesion.

“There have been a few unfavourable media reports about the actions of a few military personnel. I am reminding you today, that your commissioning into the Armed Forces places a great responsibility on you to guard against the temptation of using the uniform to intimidate your civilian counterparts, ” he said.

He entreated the personnel to lead exemplary lives and ensure the safety of civilians at all times.

In Ghana, military personnel, whose job is often to deal with external forces, are not viewed by many civilians as friendly. As a result, most citizens are very much afraid of military officers.

This is largely because there have been many real stories of civilians beaten or manhandled by some soldiers. In some cases, they’re hired by people to carry out dirty jobs that include attacks on civilians, although such actions are not sanctioned by the Military High Command.

In most of these cases, the Military High Command has often assured the public of using their internal mechanisms to punish such culprits.

However, the public is not confident in that system since it is not considered transparent enough to offer victims the needed justice.

On the other hand, there are some Ghanaians who believe that the level of indiscipline in the country requires the firmness of the military to deal with, and not police officers who are considered soft, and are largely accused of mostly focusing on bribe-taking than punishing indiscipline.

President Akufo-Addo also used the occasion to announce that his administration has procured over 130 vehicles for the Ghana Armed Forces to facilitate their transportation needs.

According to the President, the procured robust cars and motorbikes are due to arrive in the country in the next two months.

He also revealed that he has directed the Minister of Defense to commence work on asphalting the roads in the barracks.

In his address, the President also said a ‘new state of the art training infrastructure’ will be constructed to meet the demands of the Ghana Armed Forces.

“We have ordered an additional 135 vehicles including; Nissan Hard body pick ups, Toyota land cruiser, Toyota Land Cruiser Prado, Land Cruiser pick-ups and dispatch motorbikes to improve the transportation facilities of the troops. These vehicles will arrive within the country in the next 2 months, and I have directed the Minister for Defense to begin the second phase of the project for the asphalting of roads in the barracks,” the President said.

Adding on to the list of promises to the Ghana Armed Forces, President Nana Addo said the Minister of Defence, Dominic Nitiwul, will cut sod for construction of the Commander-in-chief sports stadium in November.

“Next month in November, the Minister for Defense will cut the sod for the construction of the commander in chief sports stadium program for Garrisons in the country, the first to be built in the Tamale.”