Rashid Pelpuo honored for contribution to humanity through poetry 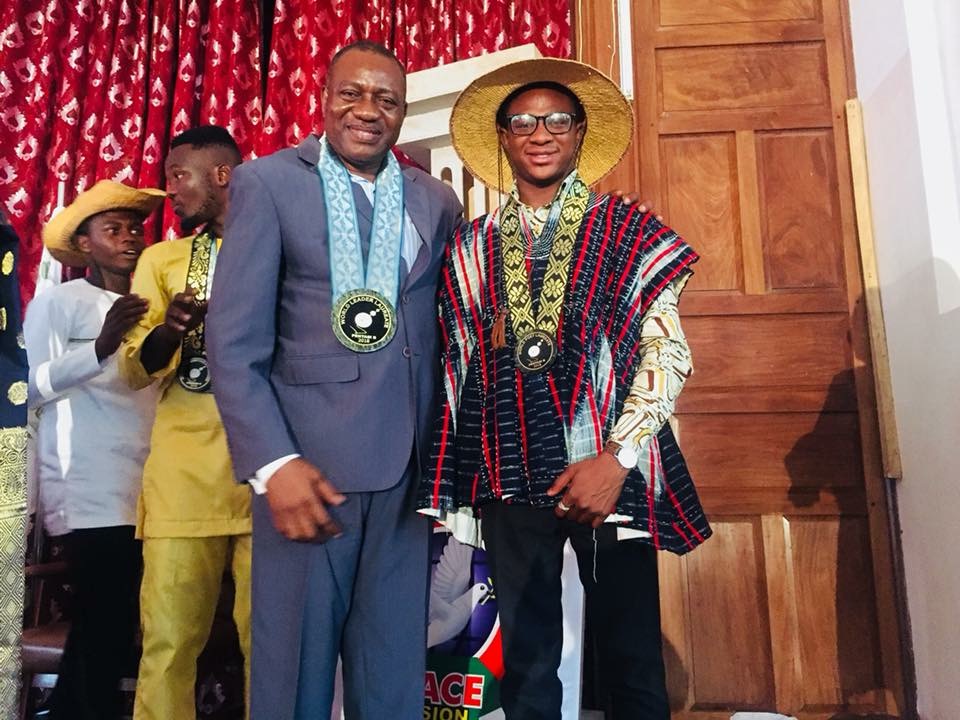 The Member of Parliament for Wa Central, Rashid Pelpuo, has been honored for his contribution to humanity.

This was at the International Humanity Conference held at the Commonwealth Conference Hall of the University of Ghana.

Mr. Pelpuo was given a plaque, a citation, and a medallion.

He was honored among a group of other dignitaries who were deemed to have affected the world with their writings that speak to the aspirations and plight of the downtrodden in society.

Pelpuo is a poet whose collection of poetry was launched at the conference.

The name of his book is “The True Meaning of Life.”

He was a leading contributor in poetry for his school magazine, the Phoebus, and has since kept faith in communicating his thoughts through poems.

In 2017, Pelpuo received an international Icon of Peace Award by the World Institute of Peace.

It was to acknowledge his tremendous efforts in promoting peace and enhancing humanitarian services across the world especially through his poetry.

He has written a number of poems that preach about the peace of the world.

Aside from him being a poet, Abdul-Rashid Hassan Pelpuo is also a Ghanaian politician.

He holds a Ph.D. in Development Policy from the University of Ghana, African Studies.

He entered the Parliament of Ghana in 2005 after winning a seat on the ticket of the National Democratic Congress (NDC) in the Ghanaian parliamentary election in December 2004.

Rashid Pelpuo was a Minister of State at the office of the President when he was appointed Minister for Youth and Sports by the late President John Atta Mills in September 2009, following the resignation of Muntaka Mohammed Mubarak who was also MP for Asawase.

In 2016, he won his seat for the fourth time as the Member of Parliament for the Wa Central Constituency.

Gov’t to compensate communities to be affected by Karpowership relocation

Gov't to compensate communities to be affected by Karpowership relocation