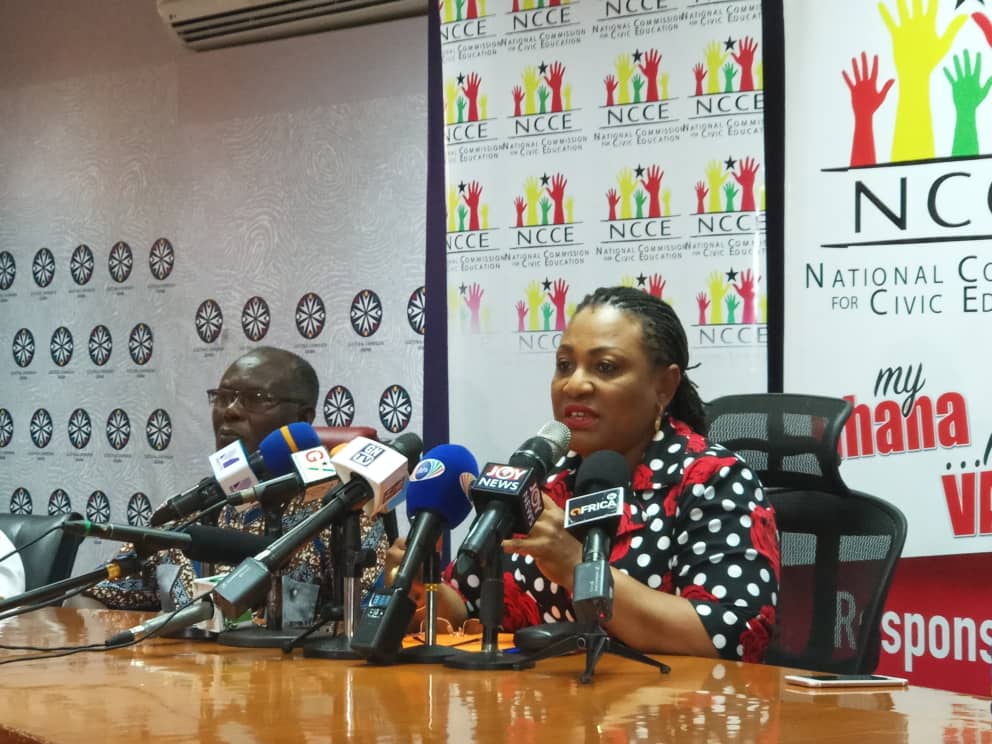 The National Commission for Civic Education (NCCE), has condemned a recent attack by members of pro-NPP vigilante group, Delta Force, on the Member of Parliament for Old Tafo, Dr. Anthony Akoto Osei.

According to the Commission, the activities of the group, and other similar vigilante groups in the country, pose a serious threat to the country’s peace and security.

Addressing journalists on the matter, the Chairperson of the NCCE, Josephine Nkrumah, called on the government ensure that the culprits are duly punished.

“Political party vigilantes have no space in Ghana’s democratic culture. The NCCE expresses it repulsion at confirmed reports of self-styled leaders of vigilante group Delta Force, associated with the ruling political party, the NPP striking again…. Delta Force hoodlums have become notorious for the use of force and violence in total disregard for law and order,” it said.

Some heavily-built men over the weekend stormed a meeting of constituency executives which was being chaired by  the Member of Parliament for Old Tafo Pankrono Constituency, who doubles as Minister of state for Monitoring and Evaluation.

The men disrupted the meeting and allegedly wanted to physically abuse the Member of Parliament over failed election promises.

The Member of Parliament, however escaped unhurt. The NCCE says such actions must not be condoned.

It said at the press conference that all political parties must commit to disbanding such groups in the interest of public safety.

“The leadership of the NPP must demonstrate to the people of Ghana that the law applies equally to all, by actively pursuing security agencies and the judiciary to swiftly and decisively prosecute vigilante groups,” the NCCE said.

The NCCE observed that the members of the Delta Force had been emboldened to perpetrate such crimes following lenient sentences handed them after they besieged a court premises in the Ashanti Region to free some of their colleagues who were standing trial for a similar offence.

“The apparent leniency with which delta force vigilantes were handled when they struck at law courts to free perpetrators had further emboldened them to continue to act in such impunity…This for us is a national crisis,” it said.

The NCCE also asked politicians to desist from interfering in the recruitment processes of personnel into the various security services, saying such practice breeds indiscipline among the security officers.