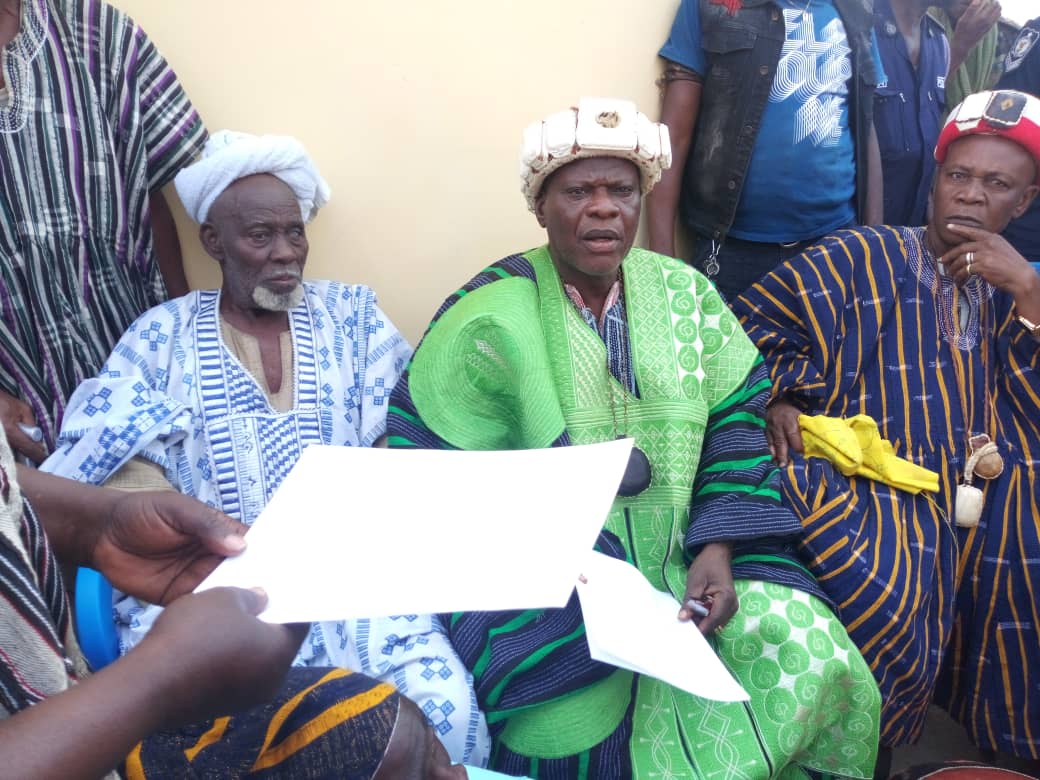 The old Gbewaa palace has finally been handed over to the Abudu royal family temporarily to pave way for the final funeral rites of the late overlord of Dagbon, Yaa Naa Mahamadu Abdulai IV.

The family is occupying the palace for a fortnight as part of the final road-mad adopted by the Committee of Eminent Kings who mediated the long chieftaincy dispute between the Abudus and Andanis in Dagbon.

[contextly_sidebar id=”Jy6xZ1soyYUkDK7jA91285LwUiMN2KM3″] It was resolved that the funerals of the two late overlords of Dagbon  Yaa Naa Mahamadu Abdulai IV  Yaa-Naa    Yakubu Andani II should be performed in the old Gbewaa Palace in Yendi.

There was a signing of an undertaking between the family and the Northern Regional Security Council (REGSEC) on how the newly constructed palace will be operationalized during the period.

Performing the official handing over on behalf of government, the Northern Regional Minister Hon. Salifu Sa-eed said the handing over was in line with the committee’s resolutions. He thanked the family for accepting to sign the undertaken and promised them of maximum security.

“This palace has been under the care of the national security. But today, because of the road-map, we are handing over the place temporarily just as the committee recommended. To allow the Abudu family perform the funeral of the late Yaa-Naa. “ 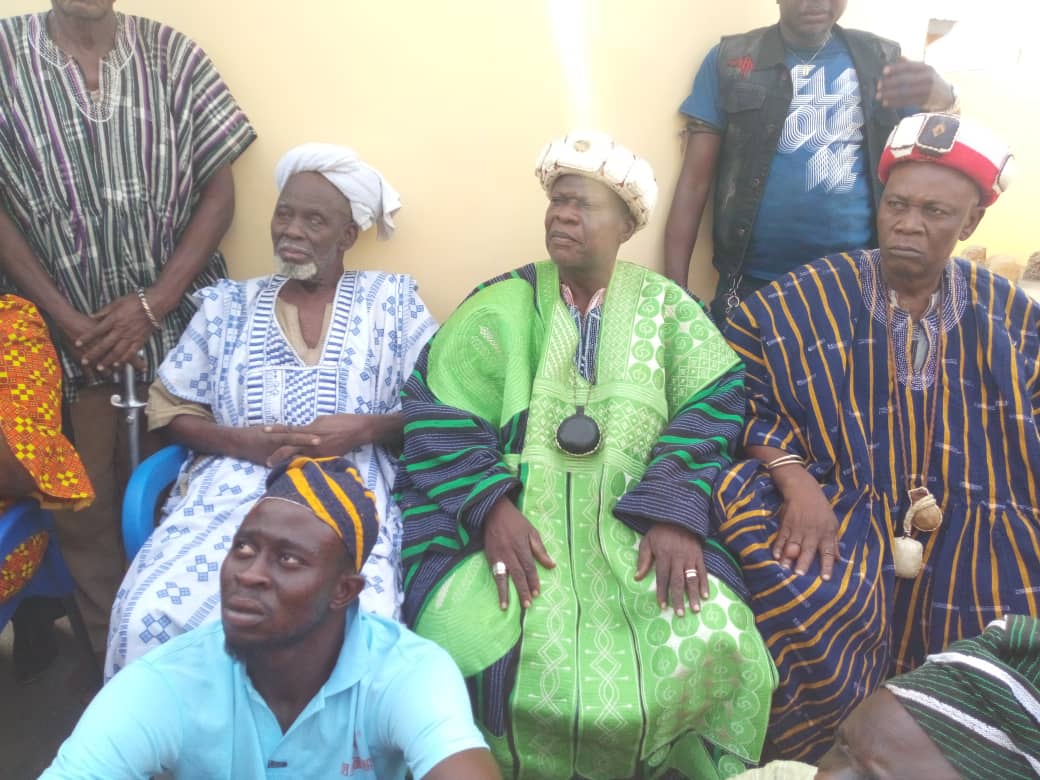 Per the road map, the Abudus will begin with the funeral of the late Yaa-Naa Mahamadu Abdulai IV from December 14 to 28, 2018.

Signing the undertaken for the Abudus, the Regent of Nanton, Alhaji Issahaka Sule pledged that the Abudus will abide by all the dictates of the roadmap and will not do anything that will affect the peace in  Dagbon.

“I want to assure the security agencies that we will abide by all regulations signed in this undertaking. We will also put the palace into good use and leave by the 28th of December in good shape. I also want to tell everyone that we are most grateful.”

He however made a passionate appeal to REGSEC to clear all obstacles that will impede the smooth performance of the funeral. 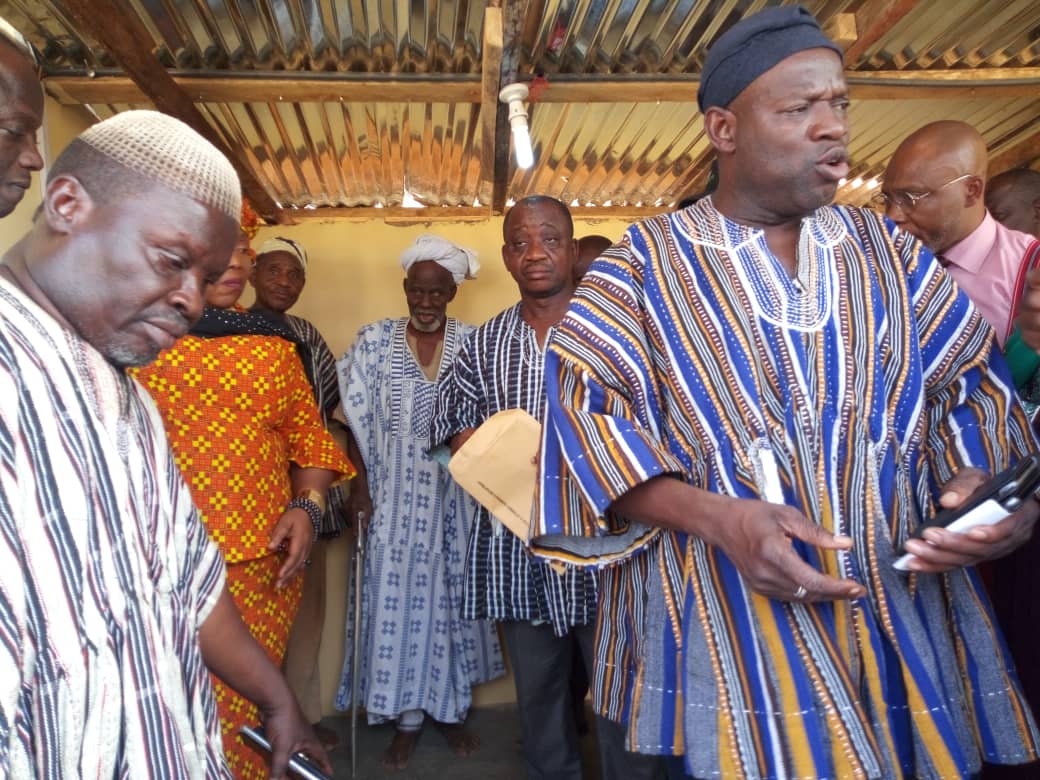 The Dagbon chieftaincy impasse between the Abudu and Andani royals gained notoriety after the killing of the late Dagbon overlord, Yaa-Naa Yakubu Andani II on March 27, 2002.

But after promises by successive governments to restore peace in the area and ensure a peaceful enskinment of a new overlord, the age old crisis at Dagbon between the Andanis and Abudus has finally been resolved.

This was after an executive order by President Akufo-Addo through the Asantehene, Otumfuo Osei Tutu II and the Committee of Eminent Chiefs who led the mediation process.

According to the President, bringing finality to the crisis was a priority; hence government equipped the committee with all the resources it needed to ensure peace in Dagbon.

After series of back and forth, boycott, resistance, and demonstration by the two factions, the Asantehene-led Mediation Committee handling the stalemate, today, finalized its road-map to the restoration of peace in Dagbon on November 16.