The alleged killer of the Senior Pastor of the Central Assemblies of God Church at Tema, was almost lynched after he was apprehended by some men in the community on Sunday morning.

The shocking incident at Tema Community 4 saw Rev. Dr. David Nabegmado attacked and stabbed, while he was preparing to leave his inner office to the main church auditorium.

Initial reports had suggested that the alleged attacker, who has been identified as a nephew of the pastor, was arrested by passersby and some church members and handed over to the police. 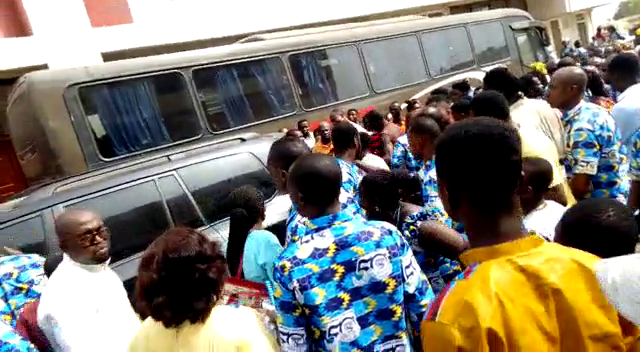 Videos from the scene of the arrest showed the suspect bleeding seriously from his head as a policeman tried to calm the angry men around, some of whom were striking the suspect with their hands and sticks.

One of the angry men can be heard saying “we have to kill him too. We have to also kill him. He has killed a pastor. He used a knife to stab him [the pastor.]” 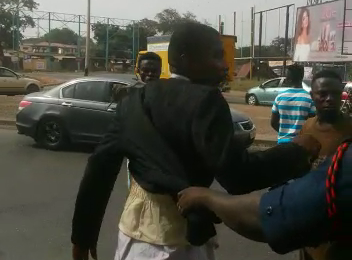 One of the men who apprehended the suspect said he hit him in the head with a bottle when he saw he was armed with a knife.

The suspect was apparently trying to hire a taxi and escape from the area, according to the residents.

“When I hit him with the bottle, he dropped the knife and a police officer came and held him and told us to leave him alone,” a man said.

The Tema Regional Police Command has begun investigations into the incident.

Rev. Dr. David Nabegmado reportedly died few hours after being rushed to a nearby medical facility for treatment.