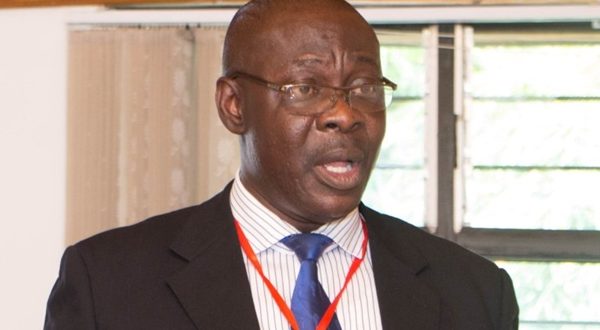 The Ghana Medical Association has called on the government to, as a matter of urgency, suspend the implementation of the medical drone service agreement it has entered into with Zipline International Incorporated.

According to the Association, the deal in its current form does not fit into the country’s existing healthcare policy.

The GMA, in a statement signed by its president, Dr. Frank Ankobea, said the government must consult broadly on the drone programme before going ahead to implement it.

“The proposed services to be provided by the drones do not conform to the existing primary healthcare policy in Ghana, where different levels of care have different capacities to perform specific functions,” the statement said.

The Association’s challenges, with regards to the incompatibility of the new service with the country’s healthcare system, appear to be justified by the prevailing circumstances on the ground.

Most of the facilities expected to take delivery of essential medicines and blood may not necessarily be equipped or mandated to administer some drugs and transfuse blood.

While explaining that it was not against the use of technology in improving healthcare in the country, it said it expected that any such intervention must be aimed at complementing existing efforts and not be treated as the single most important activity to solve the country’s health problems.

There has been a raging controversy over the government’s $12 million agreement with logistics company Zipline International Incorporated for the drone delivery of medical supplies to underserved areas.

While the Minority in Parliament have challenged the agreement, stating among other things, that it is a ‘rip-off’, and a ‘misplaced priority’, the Ghana Health Service said it must be pushed through.

But the Ghana Medical Association, in its statement said;

Health should not be politicized and the health of Ghanaians is critical.

The GMA is not against the use of technology to improve healthcare in the country. However each single intervention proposed in this direction should not be seen as a panacea to solving our healthcare problems but rather as an augmentation to existing efforts.

The proposed services to be provided by the drones do not conform to the existing primary healthcare policy in Ghana, where different levels of care have different capacities to perform specific functions.

The use of drones without the necessary improvement in the human resource capacity will not inure to the benefit of the country in its quest to improve healthcare delivery.

The Ghana Medical Association believes that steps should be taken to improve our referral systems especially emergency situations which to all intents and purposes are more beneficial.

The Vice President of the Ghana Medical Association, Dr Frank Serebour in an interview with Eyewitness News emphasized that the association was not against the introduction of technology but it felt that the way it was being introduced will not inure to the development of the country’s healthcare sector.

“We have said we welcome technology in our healthcare systems. The drone is not the sole solution to our problems and the way it is going to be implemented will not help us in totality.”

He also questioned why the government will not channel the resources it wants to commit to the drone deal into resourcing the various medical stores in the country instead.

“Why do we have medical stores and yet we are still going to set up another center for the drones. Why can’t the drones use the regional, district medical facilities and the other facilities?… There is even a need for us to even do a pilot so that we see how it is going to help us and where the challenges are and how we can address the challenges. Let’s not play politics about this thing because it is about our health.”

Questioned by the host of the show, Selorm Adonoo as to why the Association failed to issue a statement before Parliament eventually passed the deal.

“You don’t just jump in and start marking arguments because we want to gather as much information as we can…. We were not in a hurry but we felt that there was the need for us to take our time but why was parliament in a hurry to pass it? Couldn’t we have waited because people were still making cogent arguments on the matter,” he said.