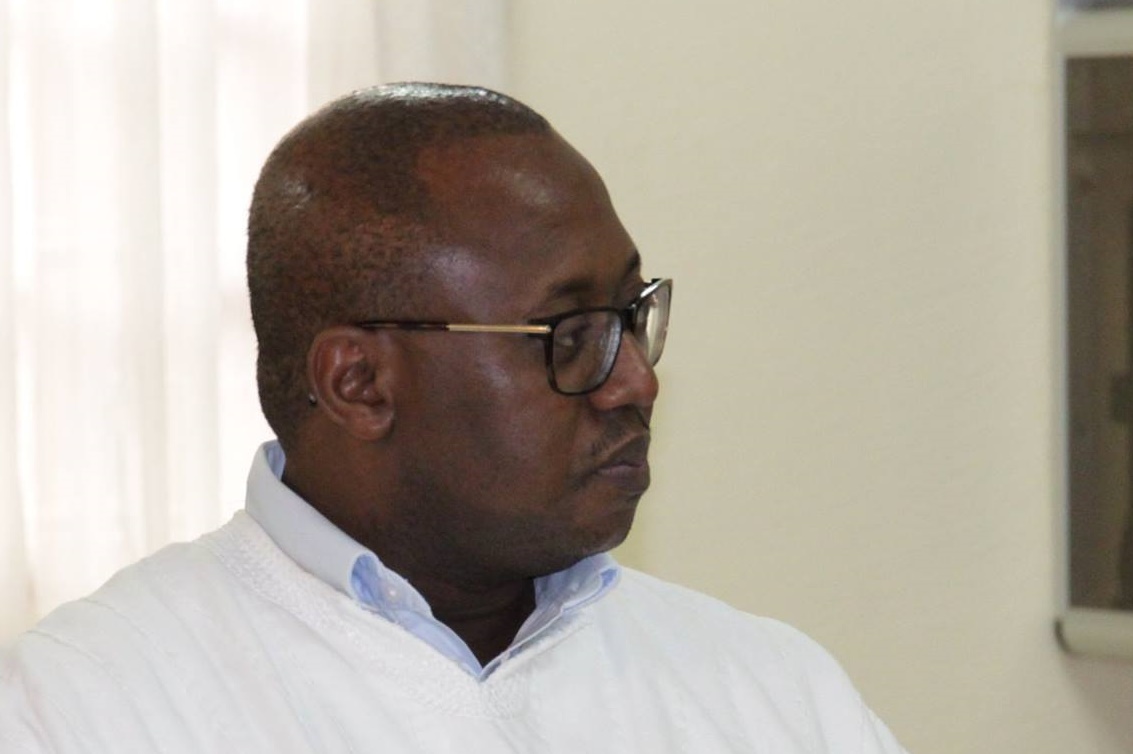 Dr. Kojo Pumpuni Asante was lead signatory on the petition

Some Civil Society Organisations are demanding more radical measures from the government in the fight against corruption.

The groups, comprising Corruption Watch, other CSOs and media organisations, made their demands known in a petition to President Nana Akufo-Addo, the Speaker of Parliament; Professor Mike Ocquaye and the Chief Justice, Sophia Akuffo.

The groups believe that the fight against corruption has stalled in the last decade.

To put the state of our anti-corruption fight in perspective, we can generally say that we have stagnated in our fight against corruption for the last 10 years, at least in terms of outcomes. Several indices support this perspective. The Transparency International (TI) 2017 Corruption Perception Index (CPI) shows that between 2008 and 2017, Ghana has never attained a score of 50, which will represent at least a pass mark. Worse still our record over the ten years demonstrate a failure to sustain gains made in certain years.

Ghana has been known to have consistently high perceptions of corruption, a point the groups also noted in their petition.

These high perceptions of corruption amongst public officials and informal leaders are informed by the day to day experiences of ordinary Ghanaians and confirmed by several studies conducted by the Ghana Integrity Initiative (GII) Consortium.

According to the CSOs, “these perceptions are also fueled by high opacity in the handling of corruption cases by state institutions making it difficult for Ghanaians to know the steps taken by the government to address the high perceptions of corruption among public officials and informal leaders.”

They, however, noted that the recent adoption of the National Anti-Corruption Action Plan (NACAP- 2015-2024) and the establishment of the Office of the Special Prosecutor were steps in the right direction.

The groups in the petition urged the government to continue investing substantially in those interventions and intensify their implementation.

We must also demonstrate that there is a personal price to pay for corruption by speeding up the investigation and prosecution of corruption cases well as asset recovery of proceeds of corruption.

But they contend that the country needs to be “more radical in our efforts to achieve results in a short-term if Ghana is to deliver a big blow against corruption. ”

We propose a one-year strategy to give Ghanaians visible evidence of a reduction in the incidence of corruption in the provision of administrative services. This should be done in three steps by government working together with CSOs in the anti-corruption space and media.

“At the end, corruption impedes our development aspirations and we must be in hurry to eradicate it. We are unlikely to meet many of our SDG goals if we fail to act decisively.”

Find below the components of their proposed strategy

Step 1 (To be implemented in three months)

Dramatically increase knowledge, awareness and transparency of administrative procedures and fees in the services provided by the Ghana Water Company, Electricity Corporation of Ghana, Driver Licensing Authority, Birth and Death Department, all government hospitals, all educational facilities, road traffic regulations, Passport Office, Scholarship Schemes, and all government flagship programmes. Information on administrative procedures should be clear, visible, communicated in multiple languages, using all medium including working with media houses. Agencies like the DVLA are implementing some of these actions already so can be extended.

At the same time launch a massive education campaign working through the NCCE, CSOs and Media on corruption, its manifestation, how citizens can avoid it, the sanctions, how citizens can join the fight against corruption, why it is important to fight corruption and the new changes coming in provision of administrative services.

Step 2 (To be implemented in three months)

Declare ‘Corruption Free Zones’ in a number of these agencies. At these premises, citizens accessing public services will receive clear instructions that corruption is not allowed and will be punished. Citizens will also get clear, visible and understandable information on the administrative procedures and fees applicable. There will be clear and visible information on where citizens can report corruption or attempted corruption. This can be done through SMS short codes, Facebook, mobile numbers, email etc. Corruption Free Zones should include police checkpoints.

Deploy undercover officers (BNI and/or CID) to undertake operations in these centers randomly, to arrest and hand over for investigations suspected corrupt officials. Also set up a rapid response unit to respond to reports of corruption and pass them on for action.

All these actions will be enabled by the passage of the Right to Information Bill (RTI) 2018 and the Conduct of Public Officers bill 2018.

The third part of the Step 3, involves swift application of sanctions when officers are found guilty. This short take the form of both administrative sanctions like warning letters, suspensions, dismissal as well as prosecution and recovery of Assets. In the 2017 Afrobarometer survey, 64% of Ghanaians recommended that monies retrieved from proceeds of corruption should be used to fund the construction of a public facility with clear communication as the source of the money.

In essence, to implement this strategy successfully, government would have to implement step 1 to 3 in six months and monitor results for another six months.