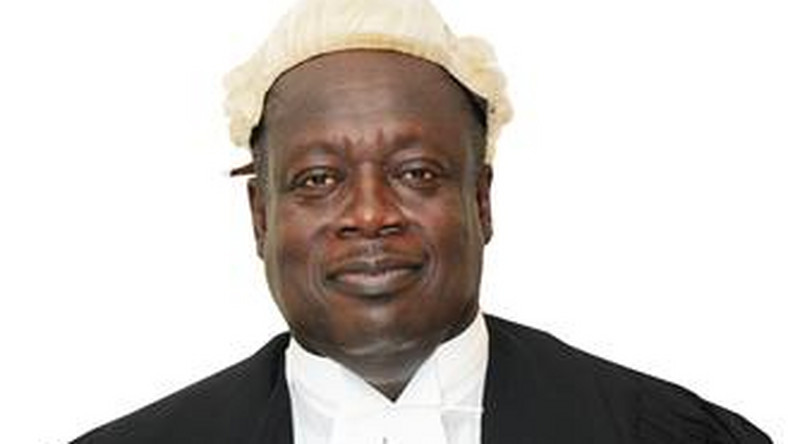 The President of the Ghana Bar Association (GBA), Anthony Forson Jr., has been accused of raping a Canada-based Ghanaian lawyer, Kuukuwa Andam.

[contextly_sidebar id=”S4e6b18Dr1nRQYeSgugrfQLUmJ09m1jf”]A formal criminal police complaint has been made against Mr. Forson in Washington DC, USA, by Ms. Andam.

Ms. Andam in a series of posts chronicled her rape by two lawyers in Ghana including the GBA President, Mr. Forson, who allegedly raped her in a Washington DC hotel in 2012.

Ms. Andam also alleged that she was raped by Mr. Selassie Kofi Fumey, who was then the Acting Deputy Director of Legal Aid Ghana when she worked with him as a National Service person. She said Mr. Kofi Fumey raped her for the first time and on many different occasions.

Speaking to citinewroom.com, Ms. Andam said she had been in a relationship with Mr. Forson for a while before she moved to the US to pursue her masters’ degree program, but they stayed in touch via phone and emails.

I met Tony at the last BAR conference I attended before I left Ghana to study at Cornell. I left Ghana in August 2012 so it was before that. By the time I met Tony, I was really broken by my relationship with Selassie because it was such an abusive relationship. I just felt like I had become cynical, I just felt the older lawyers would take advantage of you anyway, and there is nothing you could do about it anyway. I already felt like a bad person for dating Selassie so who cares. So once I met him, and he said he wanted to be with me and it seemed he would be to take care of me, I just accepted what he said and went along with it. Before I went to the US, we met a few times and we never actually had sex. But we were physically intimate.”

Kuukuwa said once in the United States, she was struggling to fend for herself as her funding covered tuition and health insurance, and therefore sought Mr. Forson’s help.

“I worked as a cook, a cleaner and other jobs which meant I was falling asleep in class and sick often. I didn’t like all kinds of odd jobs to survive, and I was terrified that I would lose my visa so when Tony got in touch with me, I told him I was having a lot of problems and asked if he could help me with money. And he said he was coming to a conference in Washington Hotel and that I should meet him at that particular hotel so he would sort me out. ”

According to her, it was while at the hotel that Mr. Forson raped her after she refused to have sex without a condom.

“We both knew what happened that day so I didn’t feel like I had to point out to him again that he raped me. Because we both knew I had said I wanted to get out, that I wasn’t ready to do it now and he pinned me down. We both knew that I was crying and wincing in pain so I didn’t think I had to explain to him that he had raped me.”

Ms. Andam, who shared screenshots of emails exchanged between her and Mr. Forson to back her claims, said the rape left her traumatized and depressed over a long period.

She disclosed attempting suicide after the incident.

Kuukuwaa, a graduate student at Queen’s University, told Citi News that she did not report the incident immediately because she was afraid of the powerful men involved and the backlash survivors of sexual violence face from society.

But after undergoing therapy she feels well enough to share her story and to also encourage others to speak out.

The public naming of two powerful men as rapists has been described by many as a start of a Ghanaian #MeToo in a society where sexual violence is considered to be widespread and rampant.

A 2015 study by the Ghana Statistical Service found that 30 percent of Ghanaian women experienced sexual violence at least once in their lifetime.

In a statement published by his attorneys, Beyuo & Co. he said he “sincerely and emphatically denies that he has committed any such offense” against Kuukuwa Andam.

His lawyers said “the allegations are palpably false and in due course, he [Anthony Forson] will be vindicated.

The naming of two influential men as alleged rapists has triggered a huge national conversation with some attacking Ms. Andam for her timing and for naming them publicly.