Nana Addo must dissociate himself from Owusu Bempah – Ablakwa 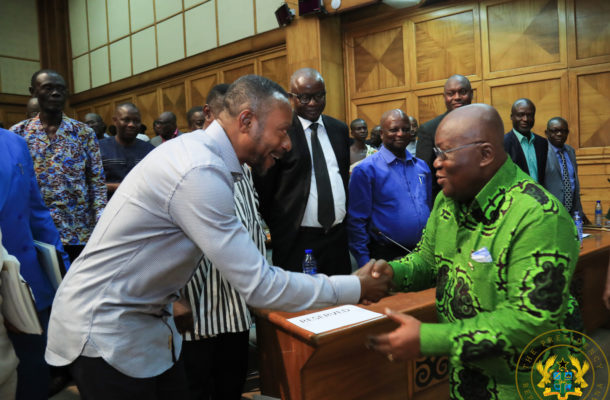 The Member of Parliament for North Tongu constituency, Samuel Okudzeto Ablakwa, has said that it will be inappropriate for President Akufo-Addo to continue giving credence and patronizing the services of Rev. Owusu Bempah following controversies over his continuous doom prophecies about leaders of the country.

He said although Akufo-Addo has the right to independently choose who he associates with publicly, the situation at hand poses a test to his morals as a public officer.

The founder and leader of the Glorious Word and Power Ministries International was recently in the news for predicting the death of some politicians, religious leaders and high-profile personalities including the Chief Imam, Sheikh Nuhu Sharabutu in 2019.

Ablakwa on the basis of the ensuing controversy on the matter noted that former US President, Barrack Obama took a bold decision to dissociate himself from his pastor whose sermons were found to be divisive.

“It is imperative that our leaders show good example. President Obama confronted by similar circumstances, distanced himself from his pastor, Rev. Jeremiah Wright for the latter’s offensive and divisive sermons. Indeed, President Obama publicly condemned Rev. Wright and subsequently resigned his membership from Rev. Wright’s Trinity United Church of Christ.”

“It would be most inappropriate for President Akufo-Addo to continue hobnobbing and showing public affection for the beleaguered Owusu Bempah as he has done over the years. That said, the choice is entirely Akufo-Addo’s to make. In this defining moment, will he show high moral leadership as Obama did or will he abdicate and keep mute for history to deny him a special place with President Obama?”

In an article on the controversies surrounding the barrage of doom prophecies, most of which are of deaths of some public officers and religious leaders in the country by some prophets, Ablakwa suggested that the media in the country completely blacklist persons who make such utterances.

Describing such persons as “bloodthirsty charlatans” and “crooks in cassocks”, he said their main strategy was to create and exploit fear and ignorance.

“Many of us are outraged and justifiably so at the so-called prophets (more appropriately charlatans) who have become callously notorious for their bloodthirsty death wishes (exactly what it is, not prophecy).”

It is the media which gives vent to the vampire hallucinations of these crooks in cassock by jumping over themselves to provide news coverage.

What the news coverage does is to provide free publicity and priceless marketing opportunity to these bloodthirsty vampires and thereby increasing their following and profitability, Ablakwa opined.

Ablakwa also urged the National Media Commission and other stakeholders in the media in the country to take a stance against broadcasting and publishing materials from such religious leaders whose utterances continue to cause fear and panic in the country.

Meanwhile, the Police has called on religious leaders to be mindful of their utterances termed as prophecies to avoid plunging the country into chaos.

It said such utterances have the potential of compromising the country’s peace and security.