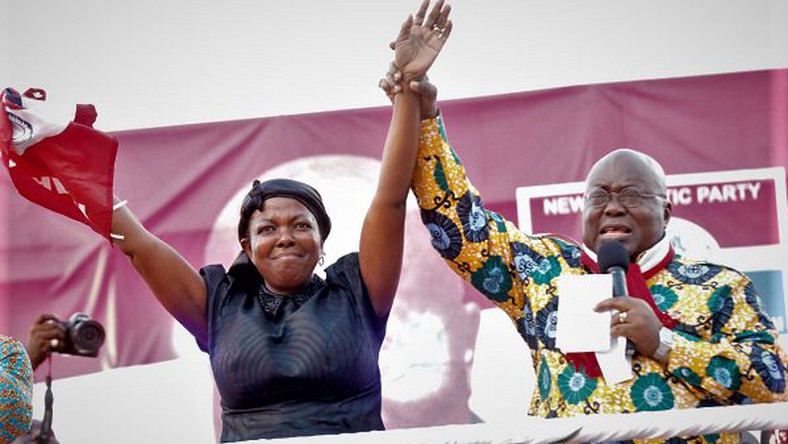 The New Patriotic Party’s parliamentary candidate for the Ayawaso West Wuogon constituency, Lydia Seyram Alhassan, has won by a landslide victory the by-election held in the area on Thursday.

The NDC pulled out of the election earlier on Thursday following pockets of violence recorded in parts of the constituency during the by-election.

The by-election was necessitated by the death of the MP for the area, Emmanuel Kyeremanteng Agyarko who was buried last weekend.

His spouse, Lydia Seyram Alhassan decided to contest the seat to continue from where the late Agyarko left off.

Her last rally prior to the election was graced by President Akufo-Addo and a host of other bigwigs who were there to campaign vigorously for Lydia.

NDC withdrew from the poll earlier in the day, claiming some of their agents and members have been attacked by persons believed to be members of the governing party in security informs.

But this did not deter the EC from continuing with the exercise.
NDC orchestrated Ayawaso West Wuogon violence – NPP
The governing New Patriotic Party (NPP), insisted that the violence was orchestrated by the opposition National Democratic Congress, NDC, to discredit the election.
Addressing the media later on Wednesday, the NPP’s Director of Communications, Yaw Buabeng Asamoah, said: “this is a hugely orchestrated attempt by the NDC because they knew from the beginning that they were going to lose.”
NDC MP for Ningo Prampram, Sam George, was captured on video being assaulted by some security personnel.