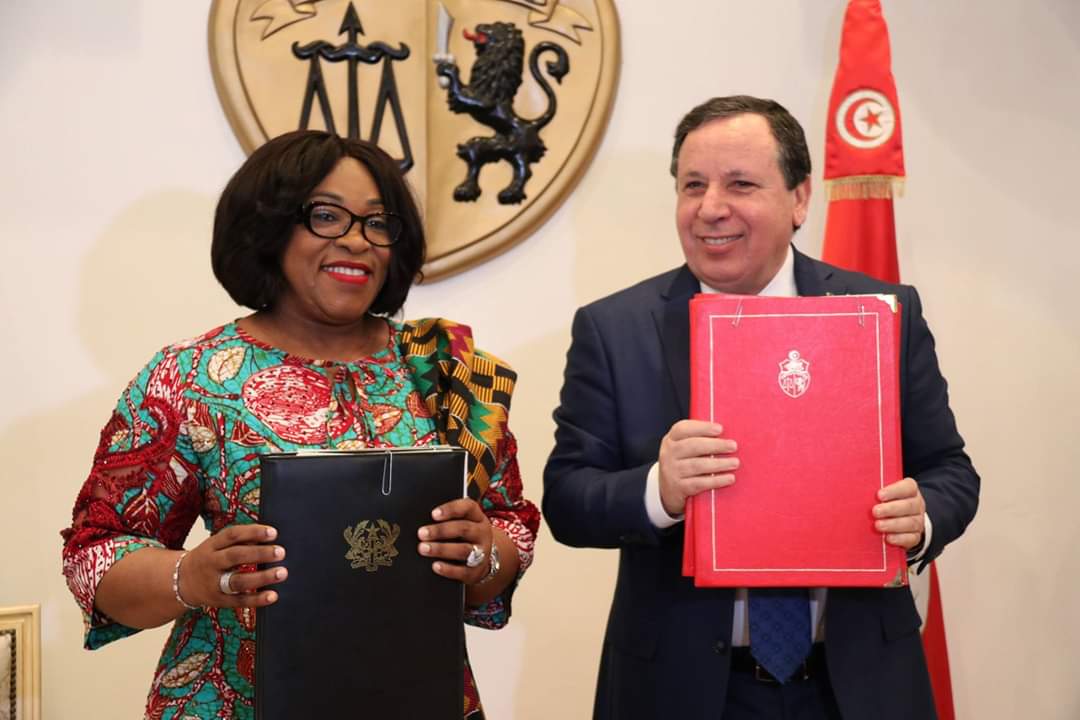 Ghana and Tunisia have signed two agreements and a Memorandum of understanding (MOU) to help strengthen bilateral relations between the two countries.

The three documents were signed at the Ministry of Foreign Affairs in the Republic of Tunisia on Monday, February 18, 2019, following bilateral talks between Ghana’s Minister for Foreign Affairs and Regional Integration, Shirley Ayorkor Botchwey (MP) and her counterpart, H.E. Khemaies Jhinaoui.

The two agreements, the establishment of a Joint Commission and General Cooperation, is expected to boost relations between the governments of the two countries. 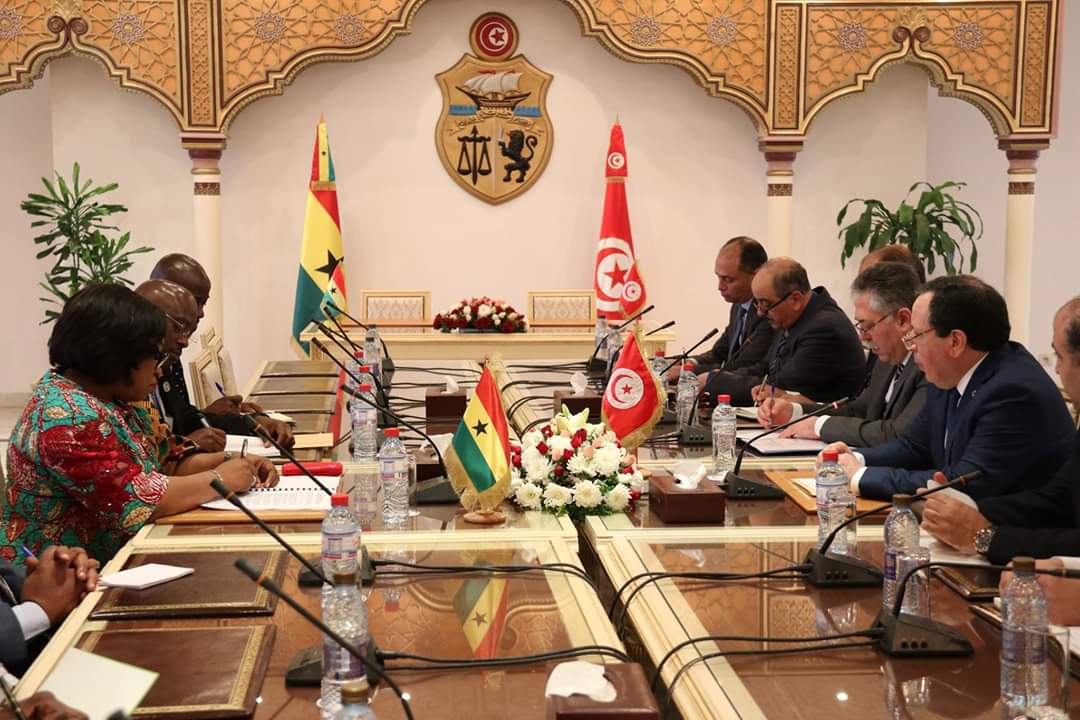 “Let me state that the main objective of any partnership is the benefits that accrue to the citizens. This awareness should, therefore, undergird our common efforts to ensure that the ultimate beneficiaries of this vibrant partnership between Ghana and Tunisia are carried along in the process. This is the surest way by which we would achieve the socio-economic transformation of our countries and the well-being of our peoples that we seek”, the Minister said. 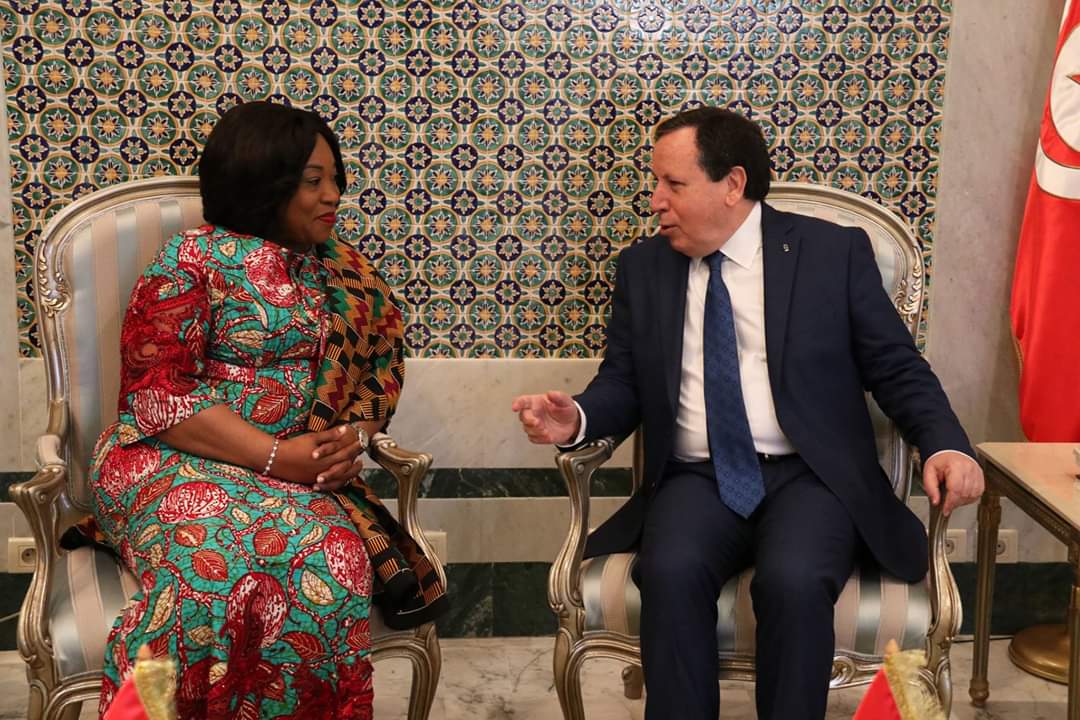 Tunisia’s Minister of Foreign Affairs, H.E. Khemaies Jhinaoui, applauded the political stability in Ghana as well as the significant socio-economic development that according to him has made Ghana a model of success in sub-Saharan Africa.

H.E. Khemaies Jhinaoui reiterated his country’s firm commitment to share with Ghana its expertise in various fields of common interest such as agriculture, energy and renewable energies, public works and technology parks. The rests are information and communication technologies, health and higher education while exploring other areas of possible cooperation. 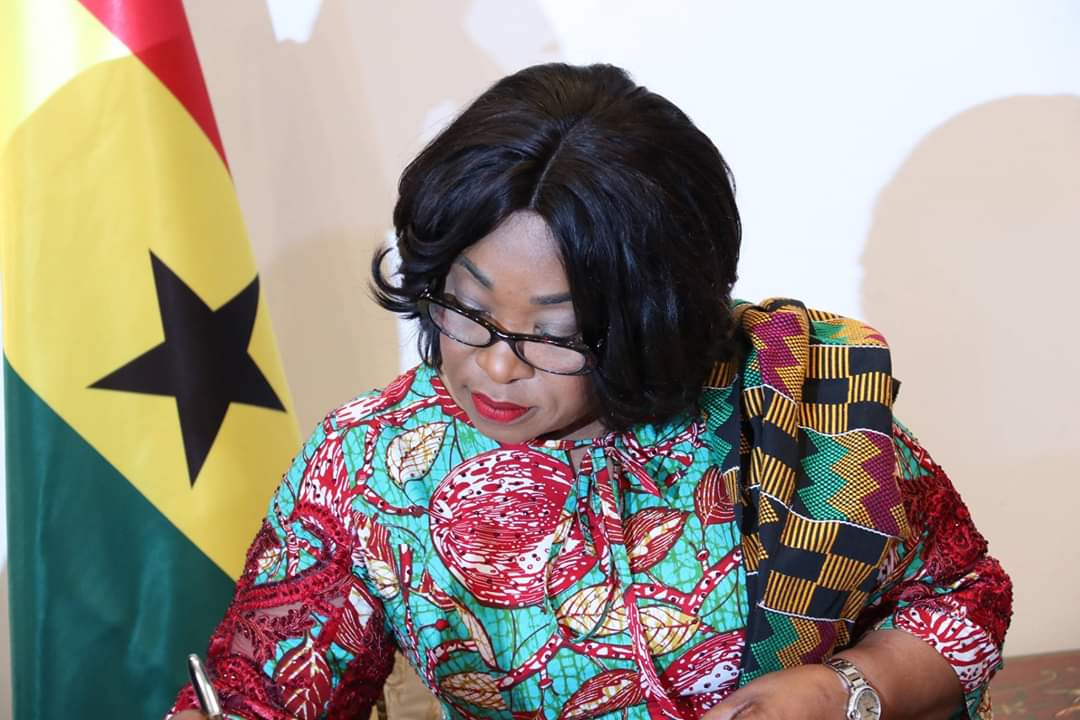 Shirley Ayorkor Botchwey also hinted of a renewed commitment by Ghana and Tunisia to set a new agenda for deepened engagement at all levels and particularly in economic cooperation.

Some of the important matters discussed during that visit included boosting connectivity between Accra and Tunis through direct air links by Air Tunis and a direct shipping line to the Port of Tema which according to Shirley Ayorkor Botchwey will dominate discussions.

Historical ties that exist between Ghana and Tunisia date back to the post-independence era and especially between Ghana’s first President Dr. Kwame Nkrumah and former President Habib Bourguiba of Tunisia in the best traditions of Pan-Africanism.