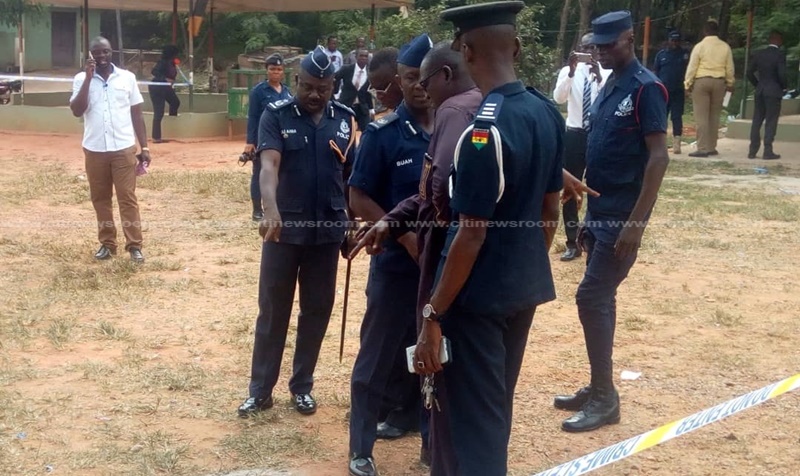 Police have said four alleged members of pro-National Democratic Congress group, the Hawks, are suspected to be behind the attack at the Ashanti Regional NDC office in Kumasi that left one dead and one other injured.

A statement from the police named the suspects as Warrior, Mijinmma, Damos and Abu Taliban.

The crime scene has since been cordoned off by the Ashanti Regional Police as investigations into the incident began.

The shooting is said to have happened when the National Chairman of the NDC, Samuel Ofosu Ampofo, the General Secretary, Johnson Asiedu Nketia, and the Regional Executive Committee met at the regional office. 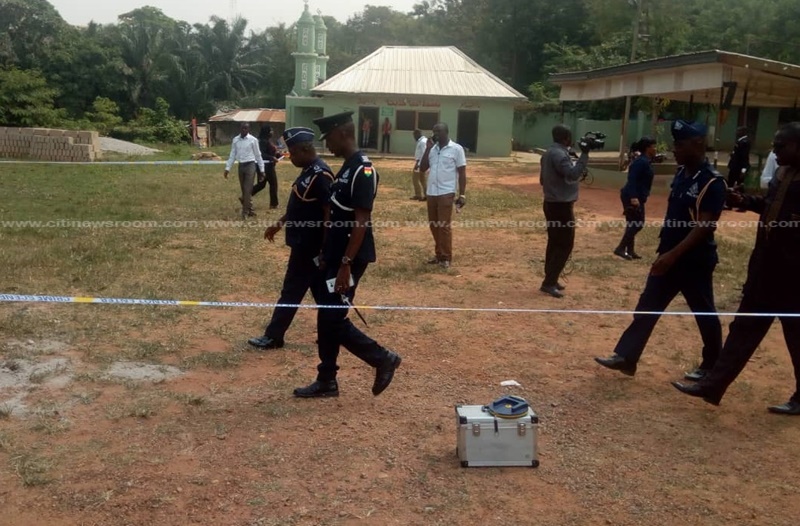 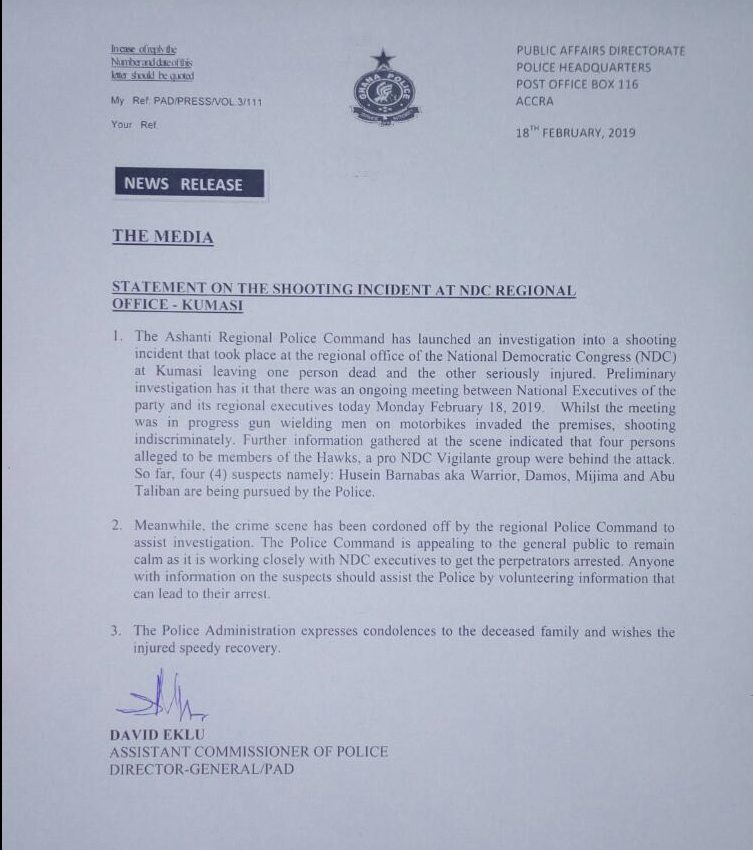 So far, police have said men with guns on motorbikes “invade the premises, shooting indiscriminately.”

A team of crime officers from the Ashanti Regional Police Command were deployed to the office at Amakom in minutes after the incident.

There were traces of blood stains around the premises of the office when Citi News got there on Monday afternoon before it was cordoned off.

The NDC Secretariat in the region has condemned the clash describing it as regrettable.

The party first confirmed that one person had died from the incident.

“We regret to announce that one of the two men who was shot has passed on and the other is in a critical condition at the Komfo Anokye Teaching Hospital (KATH).”

“I strongly condemn this incident. It is clearly a criminal act, and I call on the police and relevant security agencies to investigate and immediately apprehend the culprits and subject them to the full rigours of the law.”

This incident comes after the Constituency Chairman for the NDC in Suame, Ashanti Region, Saeed Umar, was last week attacked by some assailants believed to be NDC members.

The victim, Saeed Umar was allegedly attacked by some supporters who demanded he returned a vehicle belonging to the party.

Some three persons arrested in connection with the alleged attack was subsequently granted bail.