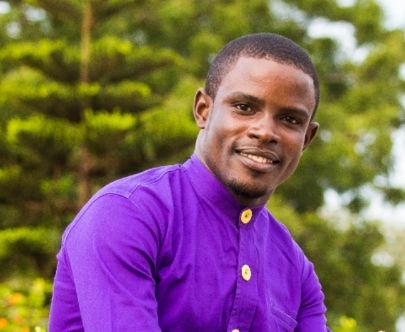 Life is vapour. Everyone you see today will go someday. And everyone born yesterday, today, tomorrow or someday will go someday. For man is birthed once, will die once, after that judgement. Life is vapor, you are a mist that appears for a little while and then vanishes. Many came and left, we’ve come and will soon leave, others will come and depart too. All will journey to eternity one by one, one after the other, and return no more – a journey of no return.

‘Life is vapour’ implies no one will live forever. Life is vapour means life must be lived with a sense of urgency. Many live relatively longer lives, some live extremely shorter lives, others fall between the two. Many leave calmly, some leave in agony, others leave in fatal unexplained tragedies. But whichever way, whatever means we depart should not matter since whatever means, whichever way we came did not matter.

What should matter most to us should be an unwavering attempt, determination and desire on our part to create opportunities to propagate our messages such that our individual and collective success stories, and failures find a way to educate, challenge, energize, inspire, ignite and spark holy anger and hunger in those behind us to do nothing short of their best for humanity and God. That should be our best shot and nothing else.

Atheists reason that nothing happens after death except that bodies undergo decaying process. No one really knows their thought and reasoning on what happens to soul and spirit after death. For the very many who hold religious views and perceptions and believe in the existence of a Supreme Being, our faith tells us there’s another life after first death. And that certainly is only for the selected few.

Until Jesus Christ’s second coming which He promised us, all will live once and die and their names won’t live beyond their age and time except for many authors, some writers and few impact makers. Even for those few impact makers to be immortalized, they largely, need writers to write about them.

There are many ways to immortalize one’s name. One way is to be a writer. If you want to immortalize your name, try writing, try anything writing and be exceptionally good at it. You will live beyond your age and time, many will read your works before and after your death, generations will wish they’d met you in person, your thoughts will remain with many, and you will probably change the cause of history.

If you can’t write too, I have good news for you. Read the next sentence after this, the news is in there. If you lack the ability to put words together to write your own story, do something worthy of emulation, something worth writing about. Others will spend sleepless nights writing about your life and you will be immortalized!

You may not have had a royal entry into the world because you are not the son or daughter of Queen Elizabeth II of England, the president of a particular country, the powerful king of that big respectable kingdom or the many very influential people in our society but let your time of exit be that of a royal departure. Make that decision today and stand by it day and night.

As much as people are prepared any day to mourn your transition from the physical to the spiritual world because in our part of the world, mourning is a natural divine protocol needed to be followed, be as much prepared to give them enough reasons to celebrate your exit should you depart any day. Your exit should leave people in joy too, not because they hated you but because you truly left behind a mark. In death, people should mourn you less and celebrate you more.

But that remains your sole decision!

People cannot however pretend not to know what happened in their countries and the world over when these icons exited. The way each of them exited was more of a royal worldwide departure. Their coming was unannounced, their departure was announced without delay. Some may have died tragically, how they died should matter less, for you know not how you will go, and point is, the world heard of their death the very day they died.

Steven Jobs died at the age of 54. He was the father and founder of “Apple Computers”. He said he was going to give a talk at the university when he noticed, felt and realized a terminal symptom in his body. He gave the talk for only 15 minutes and headed to the hospital to see his doctor.

According to him, the very moment the doctor showed him his diagnosis; the whole of his life came before him and three paramount questions came to his mind. “How did I live? How should I have lived? What should I do?” Then he went on to advice that, “Live each day as if it is the last because one day it will be the last”.</div>
<div> </div>
<div>This is not to frighten you to say you will die tomorrow but to make you live on the edge. Life is too short to joke around.

Someone asked John Wesley; the founder of the Methodist Church that “If you have only tomorrow (24 hours) to live, what will you do?”. Without hesitation, he answered, “I will continue to do exactly what I’m doing now. There’s nothing I would have loved to do that I’m not currently doing. I am living my life the way I should live it”.

Be like your mentors in your own original, unique, most acceptable, most appropriate way, write your name in the soil of history, immortalize your name! You can do it! You have what it takes to do it! I urge you to start writing!