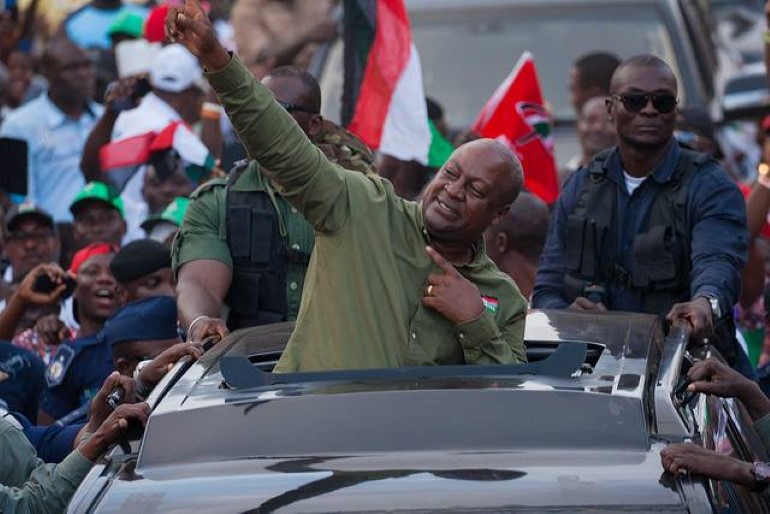 Delegates of the opposition National Democratic Congress (NDC) have in a decisive outcome given former President John Dramani Mahama the go-ahead to lead the party as its flagbearer into the 2020 polls.

Certified results from the Electoral Commission show that John Mahama at the end of the NDC’s primaries on Saturday secured an overwhelming 213,487 votes representing 95.23 percent of the total valid votes cast with the other six contenders managing with about 4 percent. 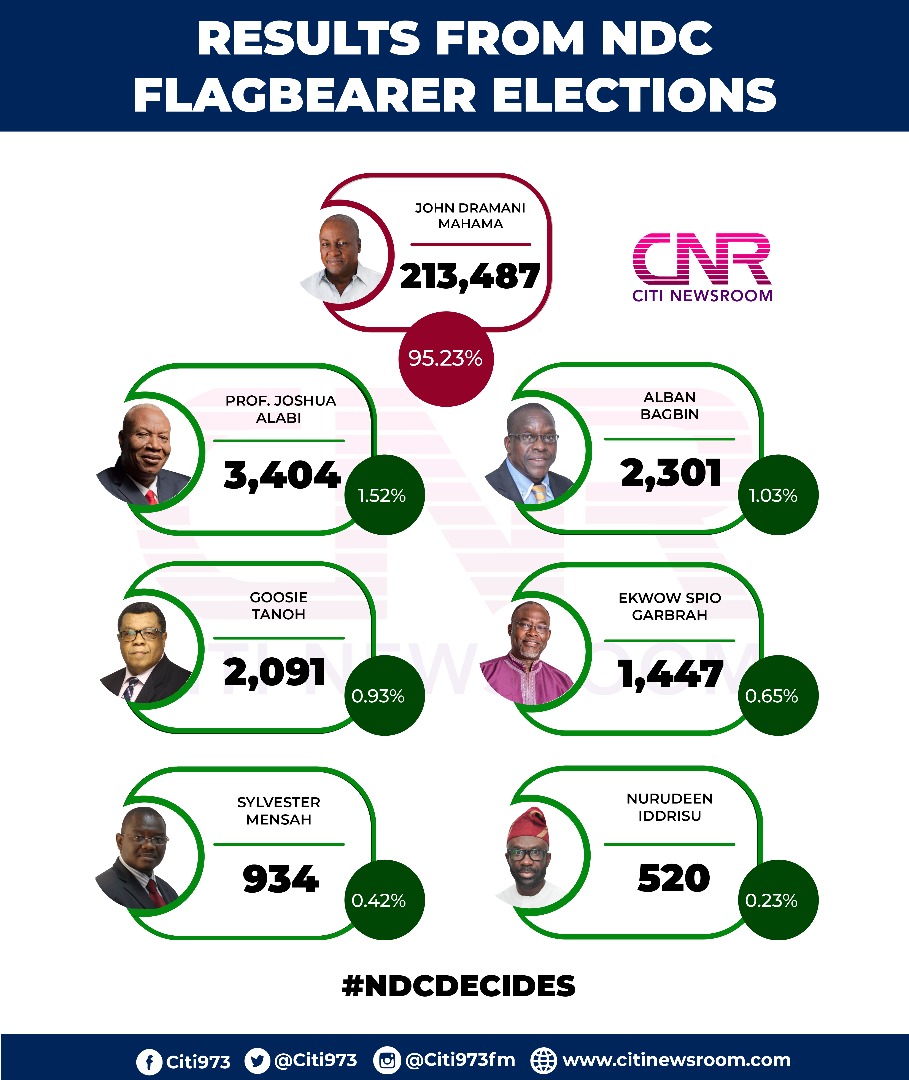 Goosie Tanoh, founder of the Reformed Party, a breakaway from the NDC came fourth with 2,091 votes respectively representing 0.93%.

The former Trades and Industry Minister in the Mahama government, Ekwow Spio Garbrah received 1,447 votes which represent 0.65% of the total votes.

Although Mahama Mahama won overwhelmingly Alban Bagbin pulled a surprise victory in the Nadowli/Kaleo constituency where he, Bagbin is the Member of Parliament.

Before the election, John Mahama had been hit with two lawsuits challenging his eligibility to seek for re-election as president. 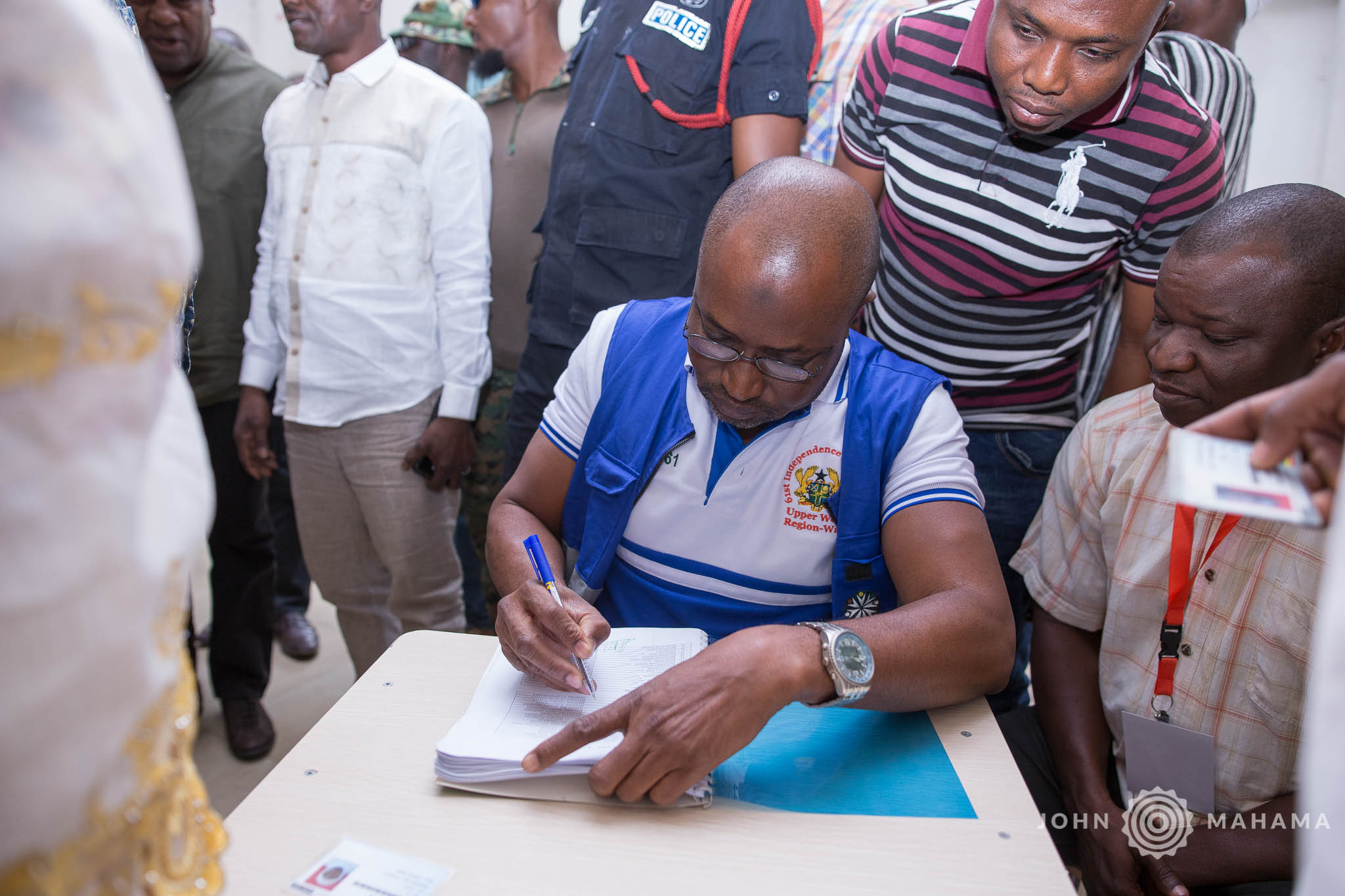 In the suit sighted by citinewsroom.com, a former Secretary of the NDC in the Trobu constituency in Accra, Edmund Palmer sought to restrain Mahama from contesting in the party’s presidential primaries.

Edmund Palmer in his writ wanted the court to stop Mahama “from pursuing his bid to be elected as a flagbearer/presidential candidate of the National Democratic Congress in his capacity as a former president of the Republic of Ghana, without the permission of Parliament.”

The former NDC Trobu Secretary also wanted the court  to order John Mahama “to wind up the activities of his campaign office that was established to seek to coordinate his activities in his quest to become flagbearer/presidential candidate of the National Democratic Congress.”

Before the primaries, 94 out of the 106 NDC Members of Parliament (MPs) led by Odododiodio legislator, Nii Lantey Vandapuye endorsed Mahama.

They said he is the only candidate who can lead the party to victory in the next polls. 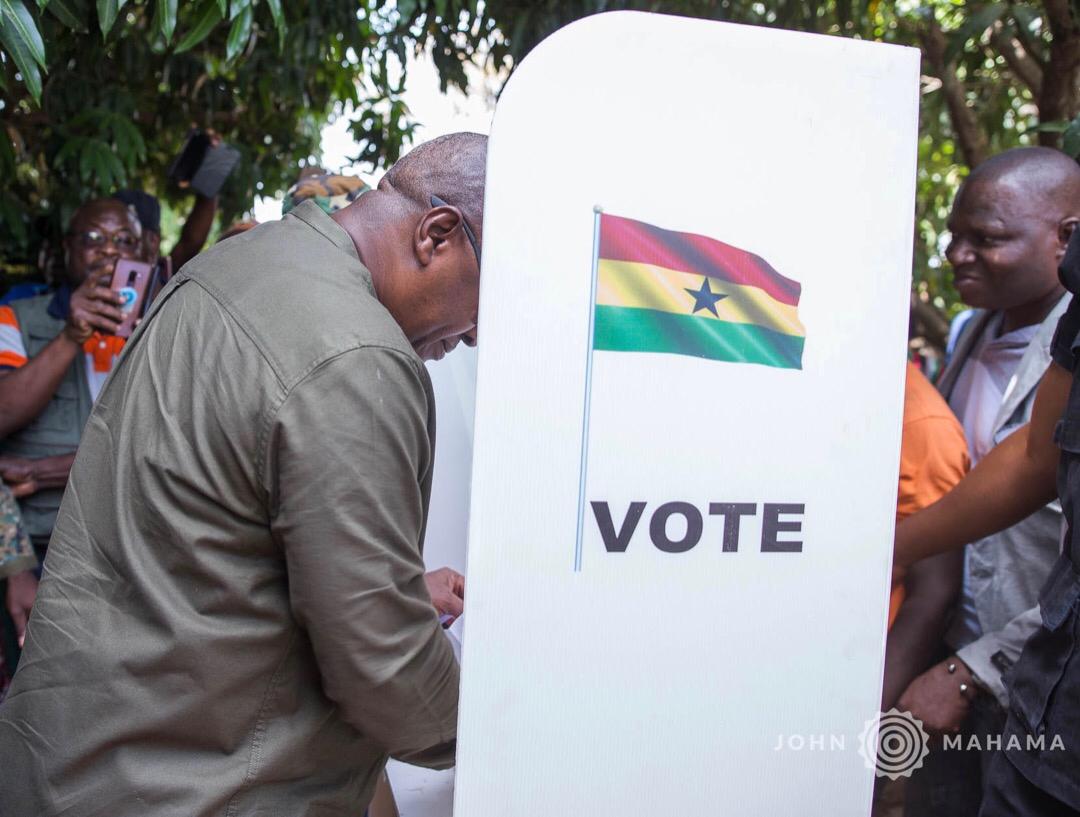 The governing New Patriotic Party (NPP’s ) MP for the Sekondi constituency, Andrew Kofi Egyapa Andrew Mercer earlier on Saturday also predicted that John Dramani Mahama would cruise to victory saying,  “I don’t think there’s going to be any shocker” in the polls.

We’ll be united as a party –Mahama

John Mahama had also assured that the party would remain united regardless of the outcome of today’s presidential primaries.

Speaking to journalists shortly after casting his vote in the Bole constituency, the former president allayed fears of any form of division in the NDC. 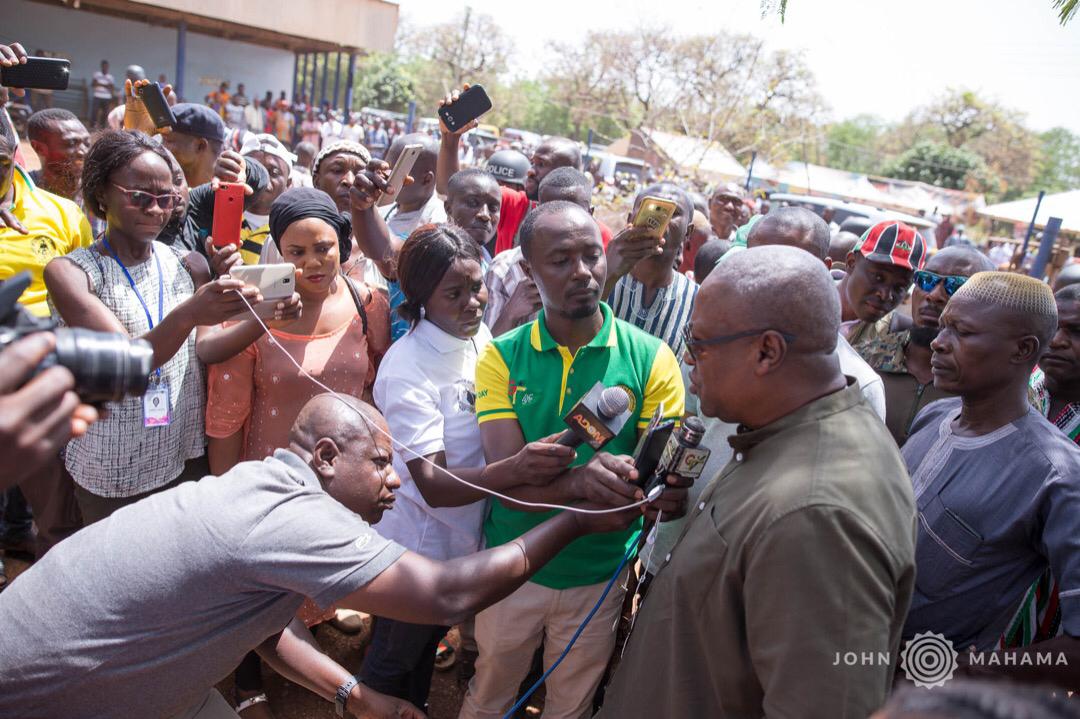 Referring to the aftermath of previous presidential primaries the party held, John Mahama indicated that there is no cause to worry as all the candidates will ultimately work in the interest of the party after Saturday’s election.

“NDC has always been united after we have gone to primaries. If you remember in 2004, Prof. Mills contested with Kwesi Botchwey and after which the elections were held. In 2006, [Mahama] Iddrisu and Spio contested Prof. Mills and afterwards, we came together and we fought the election in 2008 and we were victorious.”

“So this shouldn’t be a problem. All those standing are recognized members of the NDC. They have served the party in various positions. We are all brothers so once we get over this, we will all work together,” he added.