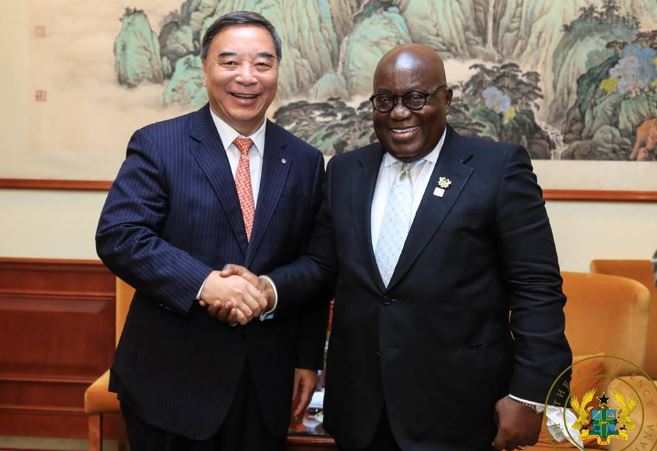 The president signed the Sinohydro deal in September 2018

The $1.5 billion roads infrastructure project under the Sinohydro Master Project Agreement will commence later today, Wednesday with President Nana Akufo-Addo cutting sod for the construction of the Tamale Interchange project.

The Master Project Support was agreed between Ghana and the Sinohydro Corporation Limited in 2018 to address major infrastructure challenges in the country.

The agreement will fund other infrastructure like roads, bridges, interchanges, hospitals, housing, railway development as well as rural electrification.

“We are looking at these transactions to afford us the opportunity to expand and improve our road infrastructure as well us the railway development of our country,” President Akufo-Addo said in the past.

Though critics called for the agreement to be reviewed warning it would add to Ghana’s debt stock, the government insisted it is a barter arrangement that will not shackle the country to more debt.

The Minority in Parliament even wrote to the International Monetary Fund (IMF) to ask whether a $2 billion Chinese deal agreed by the government in exchange for bauxite will add to the country’s debt stock.

Today’s sod cutting ceremony is expected to take place at the Jubilee Park, beginning from 9:00 am.

When completed, the Tamale Interchange will be the first of its kind in the northern part of Ghana.

The one-kilometre-long interchange will link to the Kumasi road through the Point 7 road, the Central Taxi Rank, Central Market intersection with the Melcom Road and Bolgatanga Road.

The initiative is part of efforts to ease vehicular traffic at the central business district of the metropolis as the population grows.