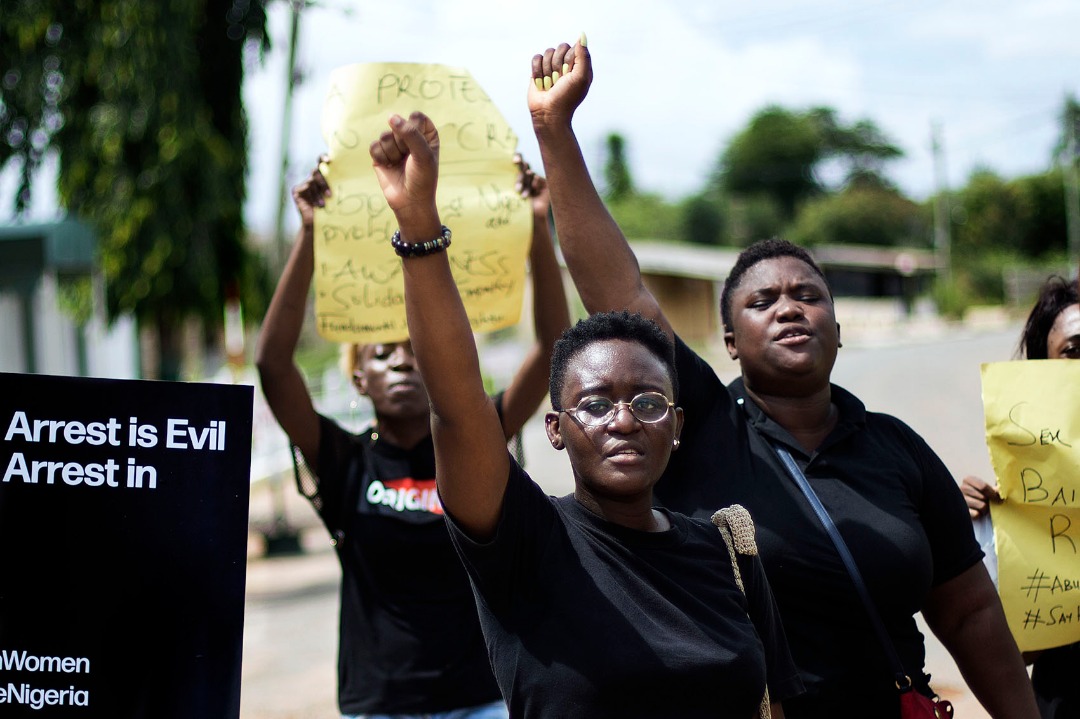 Protesters marched through the capital city of Accra on Saturday, May 10, 2019, to condemn the Nigerian Police Force for the unlawful arrest and alleged assault of women by the Police in Abuja.

The Accra March which begun around 37 Military hospital area ended at the Nigerian High Commission at Roman Ridge.

It saw a number of Ghanaian and Nigerian women clad in black and bearing placards with inscriptions such as, “To Be A Woman Is Not A Crime”, “Unlawful Arrest is Evil”, “Her Today, Could Be Me Tomorrow”, and “Women’s Rights Are Human Rights”, which they chanted as they marched through the streets of Accra. 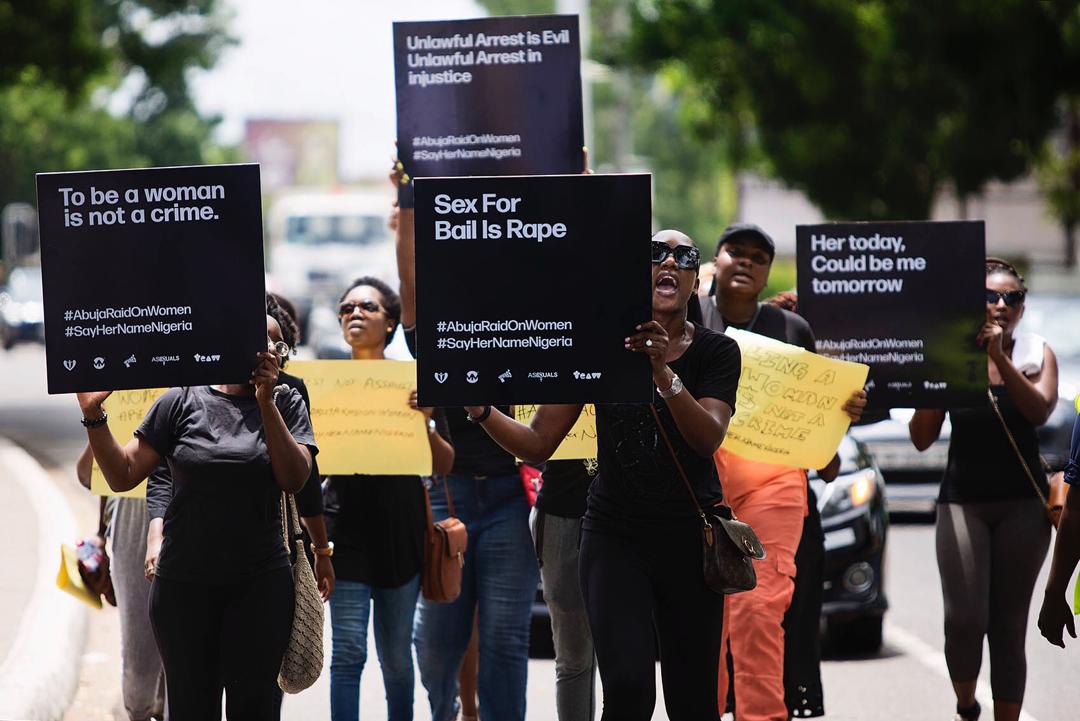 The protest organized by several women’s rights groups was one of a set of coordinated protests in 5 different cities across 3 countries, following the Abuja police raids last month where over 100 women were randomly dragged out of clubs, bars and lounges in Abuja and arrested for prostitution without any evidence.

Testimonies from the women who were arrested included disturbing stories of physical assault and alleged rape by police officers.

The police raids and the subsequent violation of the arrested women by police officers sparked outrage in the news and on social media. 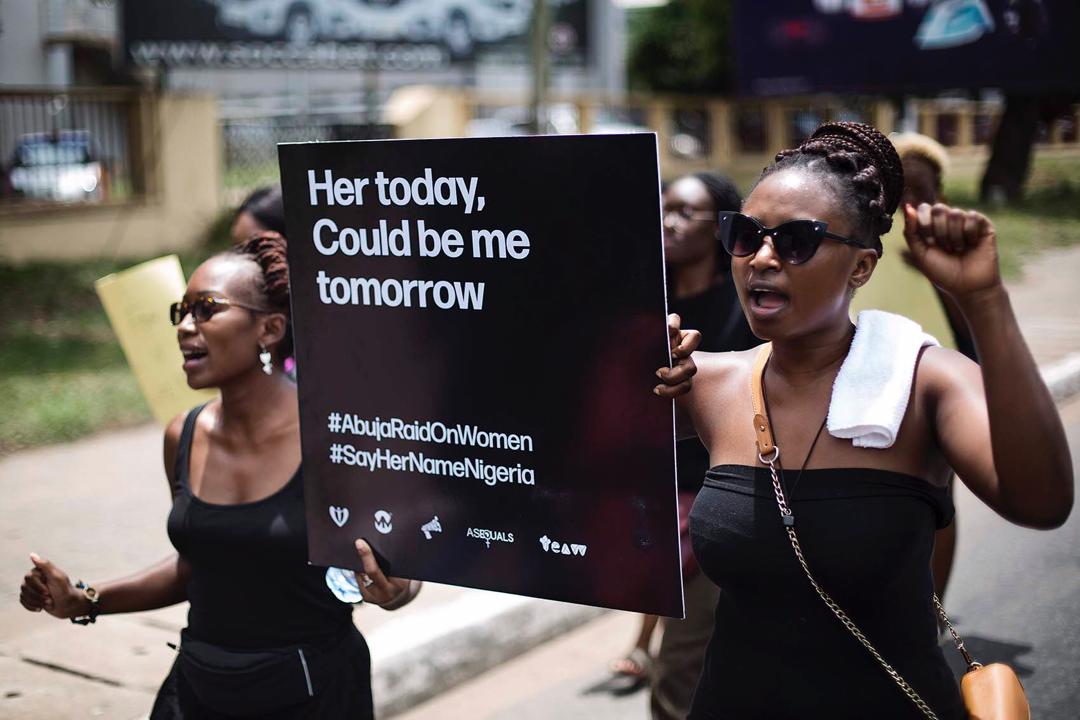 “We hear our Nigerian sisters and we march in solidarity with them because gender-based violence is a human rights violation that women everywhere suffer. This situation is shameful and we call on the Nigerian government to investigate the matter and ensure that the perpetrators are brought to book. The police are supposed to protect women, not molest and assault them”, said Fatima Derby, a representative of The Eyes Of African Women (TEAW), and co-convener of the March.

Adaku Ufere-Awoonor, a representative of Stand to End Rape Initiative and co-convener of the March, said the women will longer sit in silence and allow injustice to prevail. 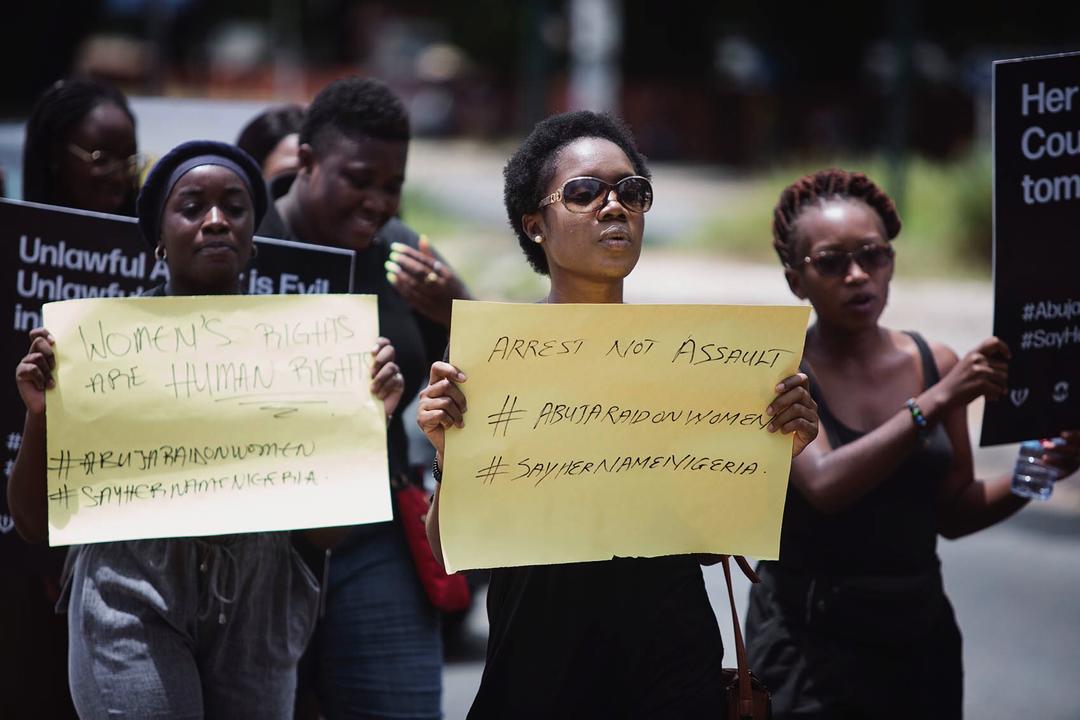 “We are here to tell the Nigerian High Commissioner to go and tell the Federal Government of Nigeria that No means No, that we are tired of being raped and assaulted. We will no longer sit still while our bodies and autonomy are constantly violated by patriarchy.”

“…Each and every single one of us is valid and deserving of respect. Not one woman is better than the other. Because we are all bound by the same shackles in different degrees, and until all of us are free, none of us is free”, she stated. 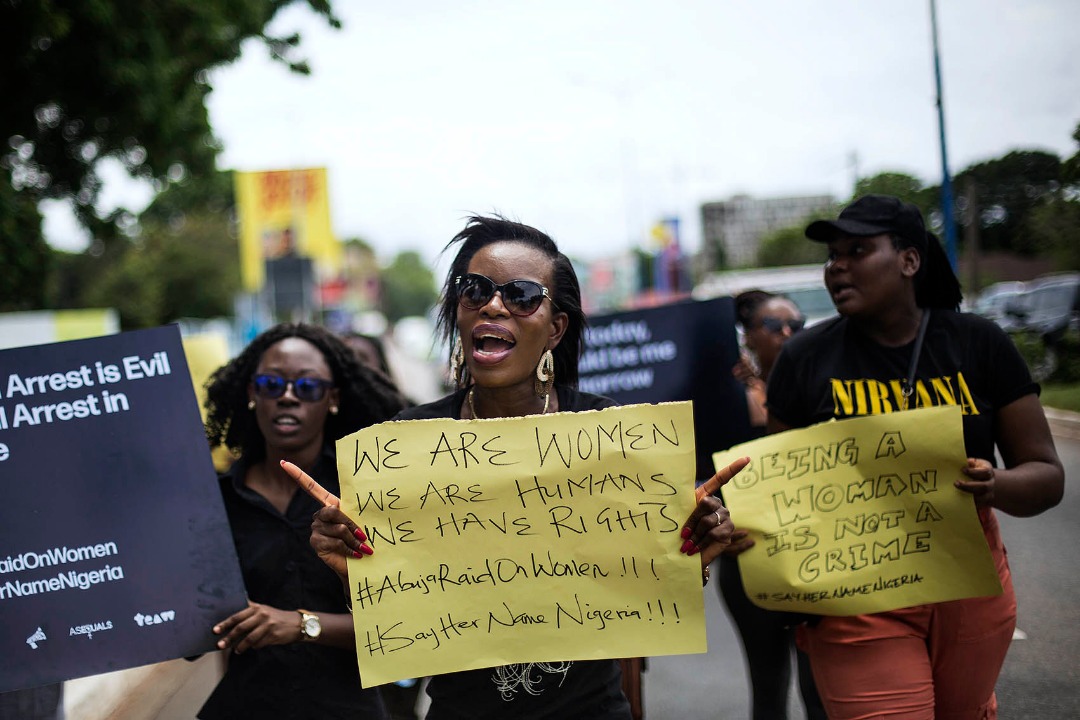 The protest ended with a statement by the group saying that they are keenly following development on the case and will continue to hold the government accountable for police violence against women.

We've not given up on conversion of halls fight - Conti, Katanga Alumni