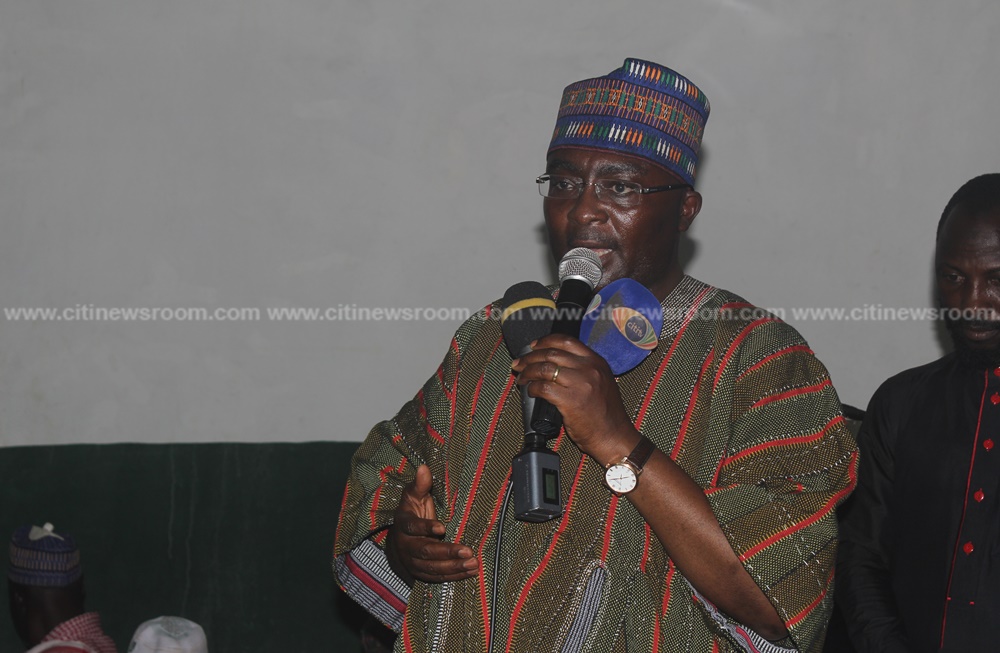 Vice President, Dr. Mahamudu Bawumia, says government is in the process of procuring 8,000 cameras to be deployed across the country as part of measures to boost the crime-fighting operations of the police.

He said the government is committed to resourcing the country’s police service to help it effectively fight crime.

Dr. Bawumia made the remarks at a Business Roundtable forum organized by Ishmael Yamson and Associates on Wednesday.

He said various measures have been taken to digitize the police’s information systems, noting that 1,000 cameras had already been deployed across the country.

“We’ve deployed about 1000 cameras across the country with a central monitoring centre in Accra, Tamale and Kumasi. The three centres will monitor all the 16 regions. So the 1000 cameras is just the first phase. The second phase will be a deployment of 8000 additional cameras. We want to have a situation where the police are helped very much in their fight against crime with real-time data so that we see what is happening virtually everywhere we can. It really helps,” Dr. Bawumia said.

The Vice President has on various occasions reiterated the government’s commitment to digitizing the economy by ensuring the use of technology and modern systems.

Gov’t will not accept cash for service delivery by 2020
The Vice President also announced the digitization of all transactions in the public sector by June 2020.

He said a pilot exercise had already been completed in the Tourism Ministry ahead of the implementation.

“So if you want a service, you would have to go to one portal so that you can do everything online…When you do that you are eliminating a lot of middle men, of course goro boys,” he said.