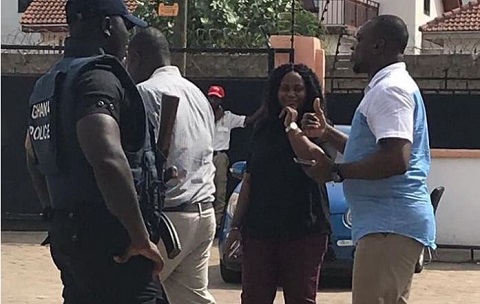 Two pro-opposition radio stations, Radio XYZ and Radio Gold have been closed down by officials of the National Communications Authority (NCA).

At the time of the shutdown, Radio XYZ was transmitting the opposition NDC’s press conference addressed by the Council of Elders at the party headquarters in Accra.

Some party activists said the action by the NCA was politically motivated but the NCA said the shutdown was because the two private broadcasters had failed to renew their operating licenses after their expiration.

The Programs Manager for Radio Gold, Richard Agyepong in a Citi News interview described the action as “unacceptable,” expressing disagreement with the NCA that the station’s license had been revoked since 1995.

The NCA in a press statement said: “Radio stations operating without valid authorisations as determined by the 2017 FM Broadcasting Audit are being shut down with immediate effect as an enforcement action in view of the decision of the Electronic Communications Tribunal.”

The NCA’s 2017 audit named Radio XYZ and Radio Gold among the many FM stations that were operating against its regulations.

The NCA suggested in its statement that Radio Gold and Radio XYZ are expected to submit a fresh application to get the authorization to operate their FM stations again.