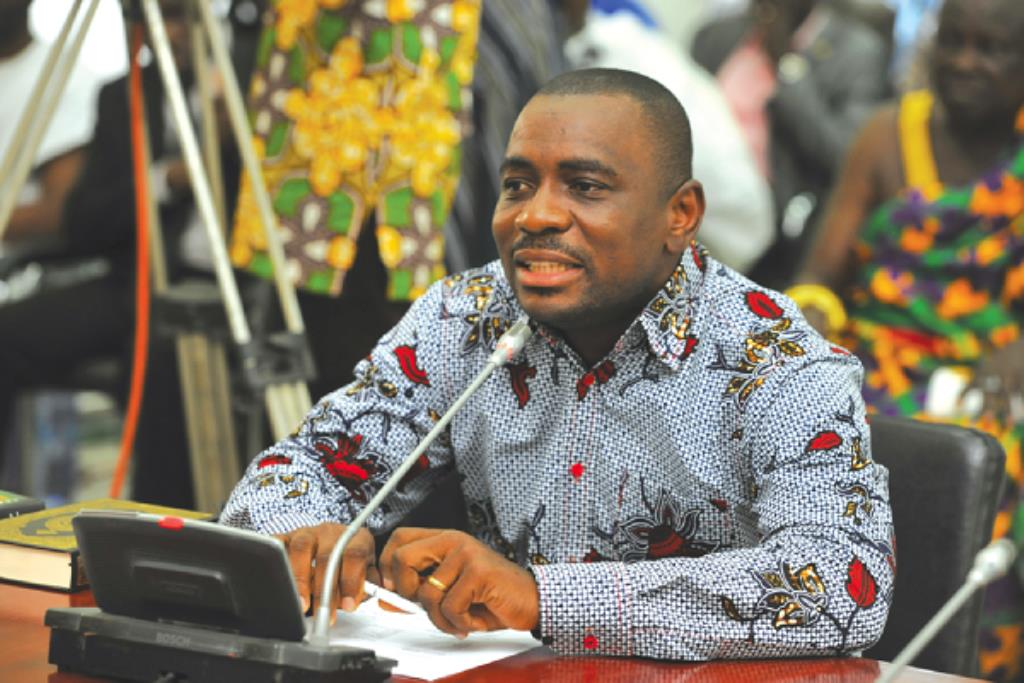 The Ministry of Food and Agriculture (MOFA) says persons found smuggling government’s fertilizer meant for farmers will be made to face the full rigours of the law.

Deputy Sector Minister, Kennedy Osei Nyarko said this on the back of the special audit of the Planting for Food and Jobs fertilizer supplied to the various districts, Municipal and Regional offices of MOFA in parts of the country.

[contextly_sidebar id=”KdxRC4soC16ga3ONvGVCpYBdVWXUTbuM”]Speaking on Eyewitness News, Mr. Nyarko expressed worry over the practice of some persons who he described as ‘wicked’ deliberately sabotaging government’s efforts in assisting farmers.

Commenting on the recent arrest of the Asunafo North Municipal Director of the Ministry, Eric O. Aduamah over the missing 14,497 bags of fertilizer meant for farmers under the programme, the Minister disclosed that the Ministry is awaiting a final report from the Police.

“This has been preliminary investigations. The matter has been reported to the Asunafo District Police. So we are waiting for an extensive investigation to be conducted by the CID to ascertain where exactly those fertilizers went to. So I am sure very soon when they are done with the report, they will bring it to the Minister who will take actions or table it before the cabinet. Everybody who is found culpable or guilty of involving in this will not go scot-free.”

“The President is very much concerned about this cartel activity that is going on. This is wickedness – how can someone try to outwit a system for the distribution of fertilizers for farmers to work.  I don’t think it is proper. If the report is submitted, I am sure the minister will decide”, he assured.

The audit and arrest so far

Following the successful exercise in Upper East, Upper West, Northern Regions, the exercise has been extended to other regions including Bono, Bono East, Ahafo and Ashanti.

In the Asunafo North Municipality, Eric O. Aduamah allegedly could not account or produce names of beneficiary farmers who were given 7400 and 7097 NPK bags of Uriar fertilizer government supplied to the Asunafo North office of MOFA in the 2017/2018 crop season.

The amount for the missing fertilizers has been pegged at GH¢946,000.

The Head of the Special Audit on planting for Food and Jobs, Baffour Amo Kofi II, subsequently reported the case to the Goaso Divisional Criminal Investigation Department (CID) for his arrest for further investigations.