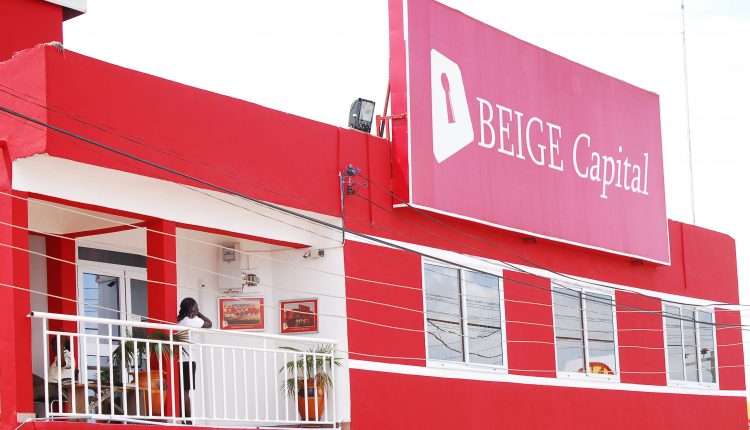 The Chief Executive Officer of defunct Beige Bank, Michael Nyinaku together with 12 of his subsidiary companies are expected to cough up over GHc1.3 billion to the Receiver of the defunct company, Nii Amanor Dodoo.

Amanor Dodoo who has dragged Nyinaku and 12 of his subsidiaries, including Legacy Pension Trust Ltd, The Beige Group Ltd, BBS Logistics and Beige Village to court, in his writ sighted by citinewsroom.com, insists that the defunct bank transferred several millions of Ghana cedis to the said companies ranging between GHc1 million and over GHc100 million.

Mr. Nyinaku, according to the Receiver, is either the CEO or is the controlling director of the 12 companies in question.

The Receiver is among other things praying the court to order Nyinaku and his subsidiaries to refund a total of GHc1, 363,851,590.35, including interest.

The writ has the Receiver and Beige Bank as plaintiffs and Michael Nyinaku and his other 12 companies as defendants.

The Receiver also wants “orders of recovery jointly and severally against the defendants” the sum total of GHc1.3 billion.

He also wants to take custody of assets “identified in this matter to have been acquired with funds taken from the 2nd plaintiff and traced to be within the possession or control of any of the defendants or any other persons.”

Some of the assets he listed included the Beige Village, residential properties at Trasacco, as well as various vehicles of the said companies.

The Receiver also wants to hold, in trust for the defunct Beige bank, “all property, plant and equipment, bank accounts, investments and any other assets belonging to 1st to 13th defendants as at 1st August 2018.”

“An order directing the defendants to return and/or transfer to plaintiffs all the assets identified to have been acquired with the funds taken from 2nd plaintiff, proceeds from the sale of any assets, or any new substituted assets.”

He is also seeking an order of “perpetual injunction restraining all the defendants from selling, disposing off and/or dealing with the assets identified by plaintiffs and any other assets acquired with funds obtained from 2nd plaintiff and an order directing the defendants to account to plaintiff all advantages, benefits, gains and profits, derived or obtained from or through any transaction with 2nd plaintiff’s funds.”

An inventory asset and property report filed by the Receiver to the Bank of Ghana revealed that Beige Bank had total assets of GHc 494 million.

Out of the figure, GHc 282 million, representing 57% were loans and securities.

According to the report, the bank gave an amount of GHc 274 million, constituting 31% of the loans to related parties.

The Receiver said Beige bank did not adhere to credit administration policies and had inadequacies in recovery efforts.