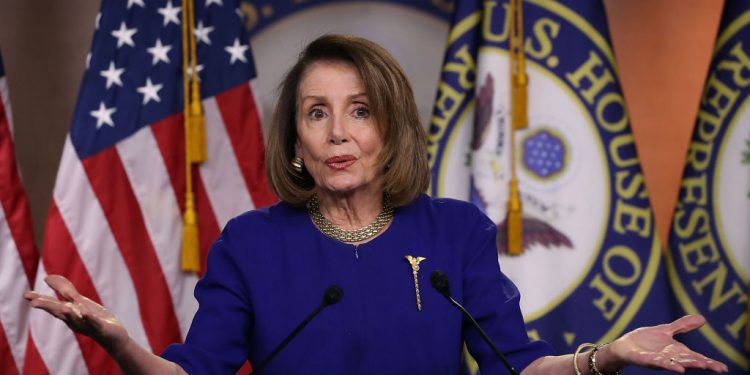 The Speaker of the United States House of Representatives, Nancy Pelosi will address Ghana’s Parliament on Wednesday, July 31.

Her address in parliament will be part of the many activities she is scheduled to undertaken as part of her working visit to Ghana.

Nancy Pelosi will lead a delegation comprising several members of the Congressional Black Caucus as part of the Year of Return celebrations in Ghana.

Ahead of her visit, the Majority leader, Osei Kyei Mensah Bonsu has said that her visit will be significant to Ghana especially parliament where she is likely to share some perspective as to how to ensure that more women are able to get into Parliament to serve as legislators.

“The various political parties are having their primaries pretty soon and she will want to share some experience with us on how to broaden space for women participation in governance in general and in parliament in particular. Those of them coming will have various interests as far as parliament is concerned. There will be some from within their fold who serve in committees that they think if they touch base with Ghana’s parliament we would have effective partnership in developing our nation and our people,” the Suame legislator said.

Meanwhile, Pelosi and the delegation will be expected to pay respects at Cape Coast and Elmina Castles and the “Door of No Return,” to observe the 400th Anniversary of the First Enslaved Africans Landing in America.