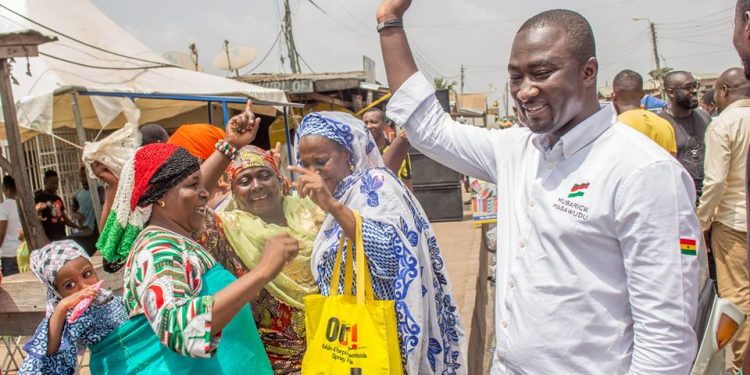 Mubarick Masawudu, a contender in the National Democratic Congress (NDC) parliamentary primaries in the Asawase constituency is alleging plans of sabotage by some leaders of the party at the constituency and regional level.

He said the utterances of some executives of the party give clear indications of efforts to stop him from contesting the incumbent Member of Parliament, Muntaka Mubarak.

Mubarick Masawudu made the comment after he found the regional office of the party under lock and key when he arrived at the premises on Thursday afternoon to file his nomination form.

Armed police officers were deployed to the regional party office to avert possible chaos due to tensions between supporters of Muntaka Mubarak and those of Mubarick Masawudu.

Mubarick Masawudu in an interview said he expected the party at the regional level to uphold its tenet of fairness.

“I wouldn’t say it was expected but given the skirmishes that we have experienced so far, it is not far from an expectation. It is unfortunate. We are in opposition, and NDC is built on the tenets of fairness. The party has announced that anyone who is interested in contesting the parliamentary position should pick forms, file and contest. I picked forms, today I’m here to submit forms but it is unfortunate that the party office is closed although they are supposed to be working from morning to evening,” he said.

He stressed that attempts to ensure that Muntaka Mubarak runs unopposed will not be accepted.

“I don’t understand why someone is trying to sabotage my candidature. Our flagbearer, John Mahama, even him, was contested. He went through a fair process and got an endorsement so any person who is in the NDC is not above the law. The party has structures and I am following the structures. I see that per the media utterances of some people at the constituency and regional level, I have all reasons to believe that it is sabotage that is going on,” he said.