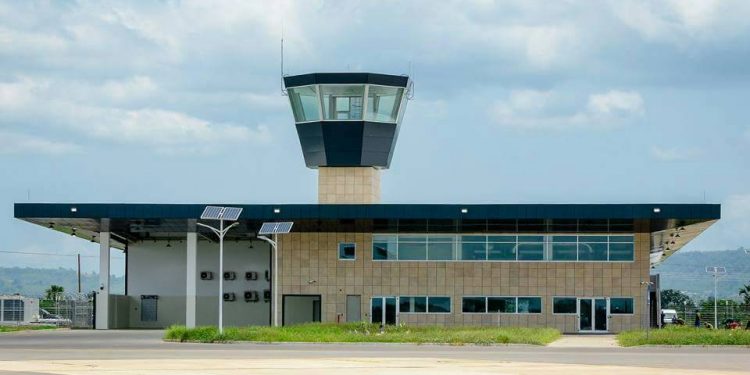 Former Managing Director of the Ghana Airport Company Limited, Charles Asare has justified the decision of the Mahama administration to construct an airport at Ho in the Volta Region.

He says one of the major reasons for the construction of the facility was to transform the Volta Regional capital into an airport city to attract investors and generate income for the overall development of the town.

Almost a year after the government announced that contractors have completed all major construction works on the facility for onward commissioning,  the airport remains closed.

Speaking on Eyewitness News on Tuesday, Mr. Asare took a swipe at critics adding that the construction of the airdrome was a plan well thought through by the Mahama government.

“There was a government policy to have it done. We knew what we were going to do. In addition to the infrastructure, we had a concept of an airport city. The airport city strategy has worked very well in Accra so we acquired land that we were going to attract investors to invest around the airport to be branded and copyrighted to the name Airport City. In all the regional capitals, Ghana Airport Limited owns the copyright to the airport city. So we were going to put in a strategy for airport city development in each of the regional capital which would have attracted the same level of private sector participation in Accra which would have generated income to buttress the little domestic passenger tax.”

According to the former MD of the Airport Company under whose watch the facility was constructed, he said all criticisms that the area does not need an airport due to the existing poor road networks were baseless.

He said the airport was part of the national development agenda of improving flight travel across the sub-region.

“When you look at all the domestic airport operations, they are all not purely commercial that you need to do feasibility based on passenger flow. You consider a whole range of factors.  One was a national development agenda to have regional airports in all the regional capitals in Ghana. We also saw it as a way of feeding into our own vision of being an aviation hub in West Africa. So the infrastructure on the ground needed to be expanded because we needed to facilitate people’s movement to our hub. The airport was also to be used as a catalyst for development.”

When asked why the facility has not been put to use as scheduled, Mr. Asare said such questions should be directed to the governing New Patriotic Party (NPP).

He added however that, the stakeholders involved must begin, among other things, a serious marketing campaign to make the airport functional.

“Why the airport has not been operational, I don’t know. Maybe we have to ask the current government. I know that Ghana Civil Aviation will have to do some infrastructure such as air navigation which I don’t know if that is the technical reason or not. But we have to start from somewhere, the infrastructure is there and one has to start marketing to ensure that the regional airports start using it.”