Euthanized or forsaken? A case for non-bank financial institutions [Article] 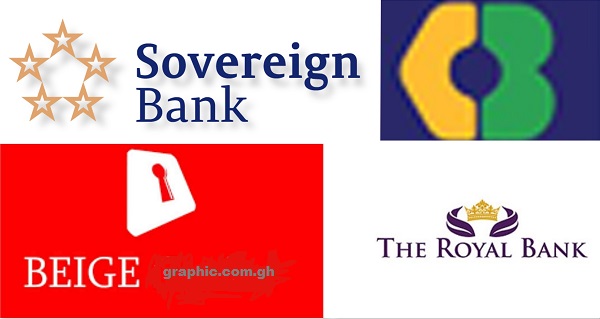 This article, if it ever qualifies to be one, was inspired by a conversation with a few friends on the banking industry reform, particularly the Savings and Loans sector. For the avoidance of doubt, I was the defender of the banking reform in my book, ‘Fate of System Thinking’ and still hold that opinion firm and fast as it related to the universal banking industry. I however have markedly divergent opinions about the Savings and Loans sector and I hope I may make my opinions heard.

The beginning is always a good place to start, so shall we? 14th August, 2017, UT Bank and Capital bank are called to join the ancestor, GCB, may God keep their souls in peace. A minimum capital requirement was then announced in the first week of September 2017, a 233% increment was announced, the uncertainties and the journey to preserve trust had begun just two weeks earlier with the announcement of the collapse of these two indigenous banks. 34 banks it would seem at this point. The big boys panicked, except for few with godfathers, and the reasoning of ‘if the horses are farting on that jump, what shall the donkeys do” was becoming subconsciously true of the Savings and Loans sector.

Fast forward, 1st August, 2018, another banger dropped, and the tune was of a red consolidated drama. The Sanaahene, considering these treasuries a national cost (which I tend to agree) had created an alternative bridge bank from the remains of BEIGE, Sovereign, Construction, UniBank and Royal Bank. A decision which upon hindsight has proven to be the right one as CBG came down from a loss of GH₵22.8 million in 2018 to a profit after tax of GH₵41.1 million in second quarter 2019. Please bear in mind however, all through these times of consolidation, the public sentiment and trust wean, and the financial services sector is not exactly a darling boy anymore. And yes, I did launch the first and only book that provides a thorough study of the evolving stories exactly one year after it all started with UT Bank and Capital Bank, ‘Fate of System Thinking’ was launched on 14th August, 2018.

2019, the end of recapitalization comes (Oops winter is finally over, or so it seemed). 34 banks down to 23 or 22 and half, assuming we still know what GHL is. Ghana Amalgamated Trust Limited (GAT) was born and the fate of 5 indigenous banks were to be subject to continuing drama. I had intimated in my book, 272 other financial institutions were going through similar challenges and again agreeably 386 microfinance and microcredit companies got their licenses revoked on 31st May, 2019. Please note that, the tension, suspense and uncertainties are actually unsettled, and for the savings and loans, like an orphan or a prodigal son, no one says anything about it as it wrestles against all the weaning public trust.

I am the first to acknowledge the difficulty and yet, the all-important need to have had the financial sector disciplined and reformed as the bad nuts werecertainlymessing the whole gulp. The tough question however is that, can we say a sector of the industry that has been left for 2 years while the reform happens around it can be blamed for its own demise? Can the strongest in that sector survive the depleting overall trust? So back to the story that inspired this write-up, the three friends in the conversation all agreed at a point, they will never keep their money with a savings a loans company since no one knew what was happening with that sector. And I can bet, that feeling is somewhat universal. Almost no one wants to do business with a person he cannot safely assume as a going concern. So the question is, how do they survive if no one will keep their money with them?

My recommendation will have been, deal with the whole industry holistically, insofar as you ever intended to deal with the industry, then let every player who remains, rebuild trust, that will have created a level playing field for everyone who survived the single needful blow. At this point however, my recommendation doesn’t matter, because we have crossed that bridge. So this article will review what the Savings and Loans industry has become, and hopefully,a view to plead for some urgency so perhaps some trust may be rebuilt.

The nature of what the Savings and Loans industry is dealing with is an uncertainty called reputational risk, a fancy term for a spoilt name. If the Bible was true and a good name was ever better than riches, then in banking a good name will certainly be riches. Reputational risk, like the thief in the night, will usually strike without warning, if in doubt ask Midland Savings and Loans. It hits to change the entire strategic landscape, cutting funding, impacting revenue and precipitating chaos of an Ashaimanproportion.

The sad truth however is that, this thief did not come at night, it walked in majestically in broad day light, robbing a rich people at the open glare of all of us as we watched helplessly. Reputational risk is often said to be unpredictable, but I guess the current state of the Savings and Loans could have been foreseen. All these reforms had happened around it for 2 years and I doubt we assumed them as an island, unaffected by other parts of the industry. Yet again, a reason why I have become an advocate for System Thinking.

Unlike other businesses, opinions form the basis for banking. Investors raise a minimum capital, go to a regulator who certifies them of prudence to manage the economic intermediary function. They trade on arbitrage, trust, forming the basis of the entire industry. The institution builds trust such that those that have excess cash shall trust them with their money by which they manage same in the interest of creating wealth. The reputation of a financial institution, therefore, is its most valuable asset (quote me anywhere, Lol). Why? Because the most liquid financial institution will yet assume stability in a fraction of their funding sources in order to invest and no financial institution shall survive a bad reputation and a run on it.

I know the argument is made that, the problem of the sector is investment risk, manifesting once again in high nonperforming loans. In as much I will like to concede to a degree, the question remains, to what degree is the current challenges of the Savings and Loans a function of funding or investment? To answer this question, let us clarify the sequence of the banking business; you raise capital, then a license gives you access to liabilities (assuming your reputation remains intact), it is only then can you create assets. The deposits which are in the nature of liabilities are the bloodline of any financial institution, and the reason why Mobile Money has become such a powerful force is because the wallets hold considerable deposits.

The Bank of Ghana’s list of Licensed Specialized Deposit-Taking Institutions as at April 2018 reveals that there are 23 Finance Houses, 37 Savings and Loans and 8 other classified institutions. The fate of 68 companies has been left to extreme uncertainties as the process began 2 years ago. Institutions that majority of Ghanaian are now failing to trust with money, draining them of their life blood, thus preventing them from the ability to create investments.

That is however not the worse part of the story, the reality is that, the lack of funds has forced these institutions to be at the mercy of the customer who owes. I have heard customers hoping and praying that these companies will collapse because they owe them, and if they collapsed, they knew they will never have to pay the loans back. The uncertainty has motivated a rational misbehavior. Customers who will ordinarily pay their loans are now hedging against the collapse as they may hide behind a massively ineffective receivership process and become individually richer. Before we conclude on the degree of investment risk, let us ask, have the default rates gone higher for these players for the last 2 years, and how much funds have the sector lost in the same time period?

The other side of the story is that, when an institution is illiquid because its funding sources are drying out of a depleting reputation, customers against all behavioral withdrawal predictions, take their money because they don’t trust it while they deal with an increasing default rate because, customers are fasting and praying that they fail so that heavens may grant them a year of jubilee where debts are forgiven, you cannot analyze its issues as a normal company. A normal institution will make the most rational decision bearing in mind the available information, assuming that, times are normal.

This sector is however facing a very unusual time, a time where most of the consequences on their business were not directly caused by it. I hate for anyone to play a victim, but I dare assert perhaps they have been led to the deep rabbit hole of chasing more risk in order to survive a terrain that is already sinking sands. Let me move to conclude, as I could rant on this for another 100s of pages but let us ask these questions in the spirit of a pure objective reflection:

Whatever, the answers we may find, it is my view that this industry has suffered a curse of the middle born, one that should not have happened. An unfortunate fate I pray we tactfully repair before we cause more harm than good. I can only pray for wisdom for them that need it as I sip on some beer and Guinea foul, but let us remember 14th August is yet around the corner, a memory we must never forget.

Let us be minded of our flaws and misguidance that led to such great loss. Let us remember the vastness of our pain that we may never come to it again. Let the cost of such pain and loss lead us to erect an altar. A memory that must convince us to pledge to promise on our honor, to be faithful and loyal to Ghana our motherland. A sacred place we may pledge to the service of Ghana with all our strength and with all our heart. I pray for the day, all stakeholders with a meaningful promise, hold in high esteem our heritage,
won for us through the blood and toil of our fathers; that we may pledge ourselves in all things to uphold and defend the good name of Ghana, starting with a prosperous and independent financial sector. And by all means, may God be our help as the journey is long.

My name is Yaw Sompa and I believe in Ghana, May Africa Learn.