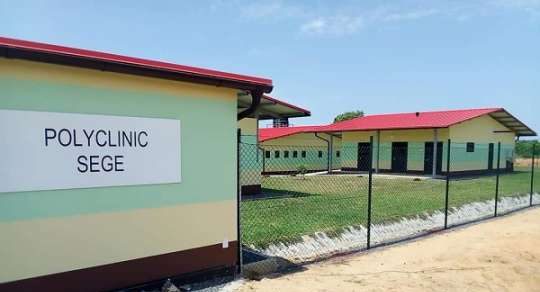 More people have been diagnosed with hypertension and anaemia at the newly opened Sege Polyclinic in the Ada West District.

340 cases of the two conditions was recorded while Malaria, the hitherto usual cause of mortality in Ghana, accounted for 201 cases, according to records filed between July 31 and August 15, 2019, at the Polyclinic.

She said no case of mortality had been recorded at the Polyclinic.

The two-month-old modern facility which was among the five newly sited poly clinics in the Greater Accra Region, initiated by the Ghanaian and Austrian governments, was highly patronized by community members.

According to her, “We have recruited staff from the three sub districts which are Bornikorpe, Anyamam and Sege health centres and the regional health directorate has also posted staff to help. So far, the work of staff is on point despite the stress that ‘overtime work’ may bring about.”

She said,” Generally, Out Patients Department (OPD), maternity, children, male, female wards and other units are performing well because whatever equipment or drug needed are available.”