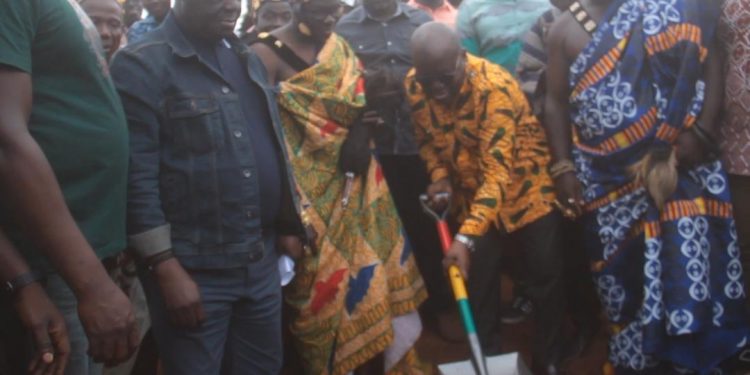 President Nana Akufo-Addo has cut the sod for the construction of the 62km Kpandai-Ekumdipe-Salaga road in the Northern Region to facilitate the movement of goods and services in the area.

As part of his two-day tour of the Northern Region, President Akufo-Addo is expected to address a durbar of chiefs and people in Kpandai where he will later commission a One Village, One Dam project at Wulensi.

Later in the day, he will cut the sod for the construction of the Bimbilla-Salaga road and end his tour with an inspection of a GETFund project at the Bimbilla Senior High School.

On Thursday, the President cut the sod for the commencement of the second phase of the Tamale Airport project.

The President told the gathering that that 2nd phase of the Tamale Airport project, estimated at a cost of $70 million, is expected to be completed in 30 months.