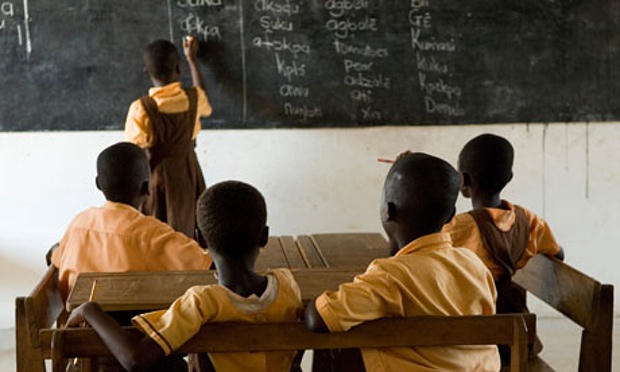 In school, irrespective of a child’s poor academic performance, he/she should not be regarded as dumb. From experience, it’s just a case of lack of interest in that particular subject, or a lack of inspiration to study.

What is of interest to your students and how best can you link it to what they are studying in class?

By knowing or predicting the age group, geographical background, as well as, media exposure of the students, you can randomly pick on issues which are of interest to them to trigger some form of attention.

Here, they open up as well as, think through issues they may not have thought deeply about. At this point, their feedback gives them the comfort of being “teachers” as you do the listening.

I only become a guide or sort of an advisor. Showing interest in what is of concern to them is enough grounds for them to listen to your point of view like that “experienced friend” advising them or sharing thoughts when need be.

After getting their attention, what do you do next? What I do is to begin each class with a motivational message which they always request for as our “Quote for the day.”

Motivating them helps them learn something new. In my case, we have the “Word for the day” session where we learn the meaning of words and their pronunciation. Usually, this should have a correlation to the day’s class or activity.

Students are fascinated when the correct pronunciation of a word is given after voluntary attempts to pronounce these words by them have gone wrong. Always encourage them with, “It’s a good attempt” or occasionally make jokes out of some contributions depending on the level of the student. Verbs amuse them the most since they often use gestures but are unable to correctly or verbally describe what they were doing. For instance, the word, “snap” is a popular one among my students. After several funny attempts to describe this human gesture, they learnt its appropriate name and their day has been made. When this is successfully done, students do not want to miss the class for anything.

The pronunciation of words do not only cause humour but most importantly shapes the verbal communication of students.

Quotes are given to inspire them. Quotes from prominent people like Dangote, Christiano Ronaldo and Opera Winfrey among others have always been a good antidote.

I recall on a particular day, I zoomed into the day’s study forgetting the quote of the day only for the class to draw my attention to it.

This didn’t only communicate their dependence on it, but also the efficacy of it. During quotes, call students to randomly attempt to explain the said quote after which you add flesh to it as the instructor. For every class, students should be reminded of the need to make mistakes in class.

It is allowed and gives one the chance to be better than not making them and failing in exams or being mocked outside school, particularly the work field.

This “informal” session of the class should be about 10-20 mins, knowing you have a topic to teach (lesson for the day). Feel free to announce putting the discussion on the “Word for the day” and “Quote for the day” on hold while assuring them of a revelation as the day progresses.

On days they wouldn’t be taught, be sure to announce their postponement to the next class. Being truthful does not only let them trust you, but also, teaches them principles fundamental to their growth and in society.

Be attentive to every student, especially those who seem very quiet, inattentive in class and often seated at the back of the class. A class was completely thrown to shock when I called one of such students from the back to lead a group presentation.

Of course, colleagues will giggle, communicating, “this teacher has no idea who he has called. He can’t even speak English nor understand what we are learning”.

But then, I restructured my request to this same student asking him to see this as a presentation to his little siblings.

The class was shocked as I was. Not only did he answer the questions that followed from his colleagues and a teacher present, but his presentation technique of pacing, tone, gesturing, pauses and occasional extemporaneous delivery was also outstanding.

That particular group emerged the best with a resounding clap from the whole class although I have asked the class to snap for a student or a group which performed well.

The rationale behind that was so as not to disturb other classes. However, on the day, I couldn’t help but smile at him and his group before reminding the class of our rules.

Since then, he became confident, been punctual to all classes, asked questions in class, migrated to the middle seat during my class so to pay close attention, and most importantly said hello to me whenever he met me in school.

Helping a student uncover his or her potential has always been so refreshing.

The above has been a few lessons from my experience in volunteering to teach for about two years. Being a person who likes to engage himself at free hours in deep reflections, I took the challenge of teaching (a suggestion from family and friends) after strangely, a brief moment of thought.

The desire is to help others discover themselves. It has been an amazing but costly experience so far knowing I accidentally fell in love with the teaching profession. Students shouldn’t just know you as a teacher but also, as a mentor.