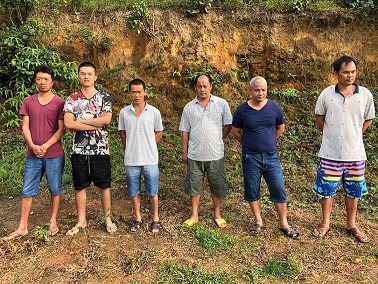 Operation Vanguard personnel on Tuesday apprehended seven Chinese nationals who were engaged in illegal mining in the Western Region.

The suspects were arrested during a day-long patrol which started on Monday evening in the general area of Aniamote in the Wassa Akropong District.

They have since been handed over to the Inter-Ministerial Committee on Illegal Mining (IMCIM).

At the time of their arrest, they had two locally manufactured rifles, a pump-action shotgun together with some other equipment in their possession.

An excavator they were operating was also seized and handed over to the IMCIM.