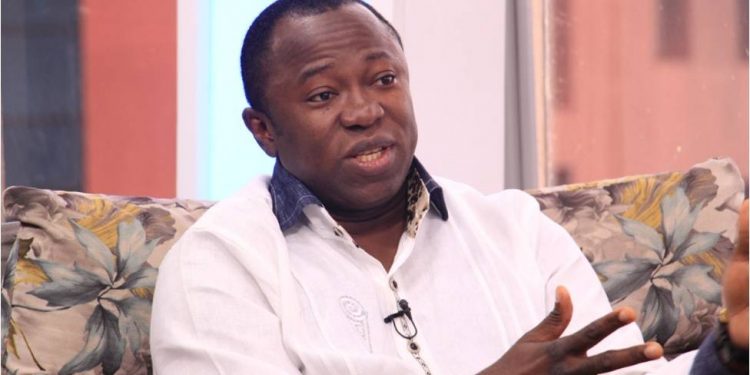 Living in Ghana is tough and it is difficult to not get frustrated with all the inefficiencies in the system and even grow cynical of the prospects of a better day. One of the places most people dread is our local hospitals, take trip to Korle Bu Teaching Hospital’s emergency ward and you feel like resolving to live a healthy life so you never have to end up there.

In spite of Korle Bu’s challenges, it is still home to some of Africa’s best doctors.

The Breakfast Daily team had the honor of hosting one of such doctors, Dr. Opoku Oware Ampomah, recently.

Who is Dr. Opoku Ware Ampomah?

Dr. Opoku Ware Ampomah is a Consultant Plastic Surgeon and the Director of the National Reconstructive Plastic Surgery and Burns Centre at the Korle-Bu Teaching Hospital. He is a proud alumnus of the Presbyterian Boys’ Secondary School (PRESEC), graduating as the Best O’ Level Science Scholar in 1987.

Some of his many academic achievements after that include, the Overall Best Candidate in West Africa for the Final Exam in Plastic Surgery Part II in 2005, the first West African based practitioner to be the recipient of the prestigious Intercollegiate Fellowship of the Royal College of Surgeons with specialty in Plastic Surgery. Dr. Ampomah would have made a great surgeon at any hospital abroad but chose to practice in Ghana and has not regretted the decision.

He recounts how in the beginning of his career he made 150 dollars a month while his colleagues abroad made over 3,000 pounds.

Dr. Ampomah attributes his success to his mother who was confident in his academic abilities, his father who always encouraged him to read, and his friends with whom he traded books as a child:

“One of the things my dad did for me was encouraging me to read. Right from when I was seven years old, dad will come home and give me the newspaper to read… I used to read the papers and follow the news. In those days, we had a few libraries around so my friend’s parents will take us there and we will read some books. We used to compete with our friends to see who has read the most books.”

He advises parents to invest in the passions of their children instead of pressuring them into a particular career path because they presume the child would excel there:

“Children should be allowed to do what they want to do… Not told by parents to be doctors or lawyers so the child ends up feeling guilty going down the path they are passionate about and passion gives birth to excellence and creativity.”

The arts are equally important

In Ghana, academically gifted students are pushed into the sciences while the arts are perceived as disciplines to fall back on if you don’t excel in the sciences. While Dr. Ampomah falls under the category of people gifted in science, he believes science should not be the sole standard of academic excellence but rather the focus should be the interest of the student, so both disciplines are competitive:

I asked why he chose to stay in Ghana and if he ever regretted his decision. His answer was a resounding no. He mentions other doctors who invested in his personal development and contributed to making the process of rising up the ranks in medicine as a young doctor easier by removing some of the inefficiencies that prolonged their career growth away. As a young doctor, Dr. Ampomah had a clear sense that his purpose in life’s to serve and be of service to his patients, that clarity of purpose gave him the conviction that Ghana was the place to be.

I then asked how he stays positive in an ecosystem that seems to be set up to frustrate the few good people doing the right thing, his answer was profound:

“It is all about giving your best to the patient who is in front of you. Sometimes, we let what we cannot do interfere with what we can do. You may not have the best of facilities, we may not have the best of salaries, you may not have the best of resources but then, there is always something you can do. But many times we get paralyzed with what we don’t have. We focus so much on what we don’t have, that it paralyzes us and then we cannot do what we could have done. You can only improvise to some extent; managers of the system have to make sure that the resources are available. But, you can have a situation where there are a lot of resources but if people are not committed, nothing will happen. If you have people who are committed but don’t have resources, there is still a bit that they can do, although they can do much better if given the appropriate resources. The human being should be at the centre of everything we do. An empowered individual can make a lot of difference in any situation.”

From my interview with Dr. Ampomah, I was not only influenced by his infectious smile but his brilliance, humility, and commitment to live a life of service. He is living proof that despite all of Ghana’s inadequacies, if each of us tries the best we can to not allow the things we have no control over to distract us but rather focus our energies on the things we do have control over, we may just transform the nation.

He is leading by example with his work as the Director of the National Reconstructive Plastic Surgery and Burns Centre at the Korle-Bu Teaching Hospital. We will be spending some time with him soon at the Burns Centre to experience a day in the life of the man of service for ourselves. We will be bringing you along with us so don’t forget to tune in on Citi TV from 7:30 AM-10:00AM.

The writer, Dziffa Akua Ametam, is co-host of Citi TV’s Breakfast Daily program which airs from 7:30am to 10am every week day. The program has special segment on personalities on Fridays.