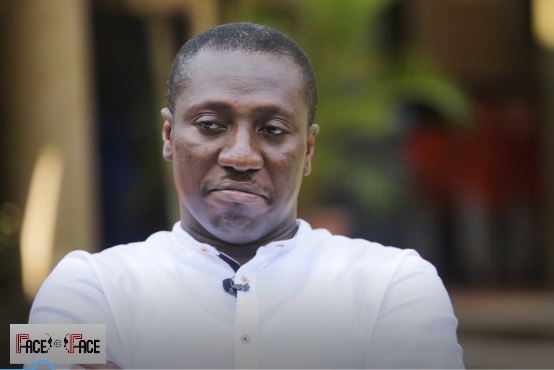 The Efutu Member of Parliament, Alexander Afenyo-Markin, has sued online media portal modernghana.com and 4 other persons over what he says are defamatory publications about him.

An editor with ModernGhana, Emmanuel Ajarfo Abugri, and a lecturer with the University of Education, Winneba, Alhassan Salifu Bawah have also been sued.

Afenyo-Markin claims in his suit that the defendants used very unprintable words which smeared his reputation and lowered his standing in the estimation of right thinking members of the society.

In his statement of claim, Afenyo Markin said the defendants ensured an online publication that among other things declared him as not trustworthy, and funded people to employ violence in destabilizing the University of Education, Winneba.

He claimed that the publication portrayed him as a “shameless, hopeless Member of Parliament and lawyer who does not adhere to the ethics of the profession and is quick to sell out his clients for maggots and that he squandered funds belonging to Ghana Water Company Limited and has since doctored accounts to conceal his [alleged] theft.” 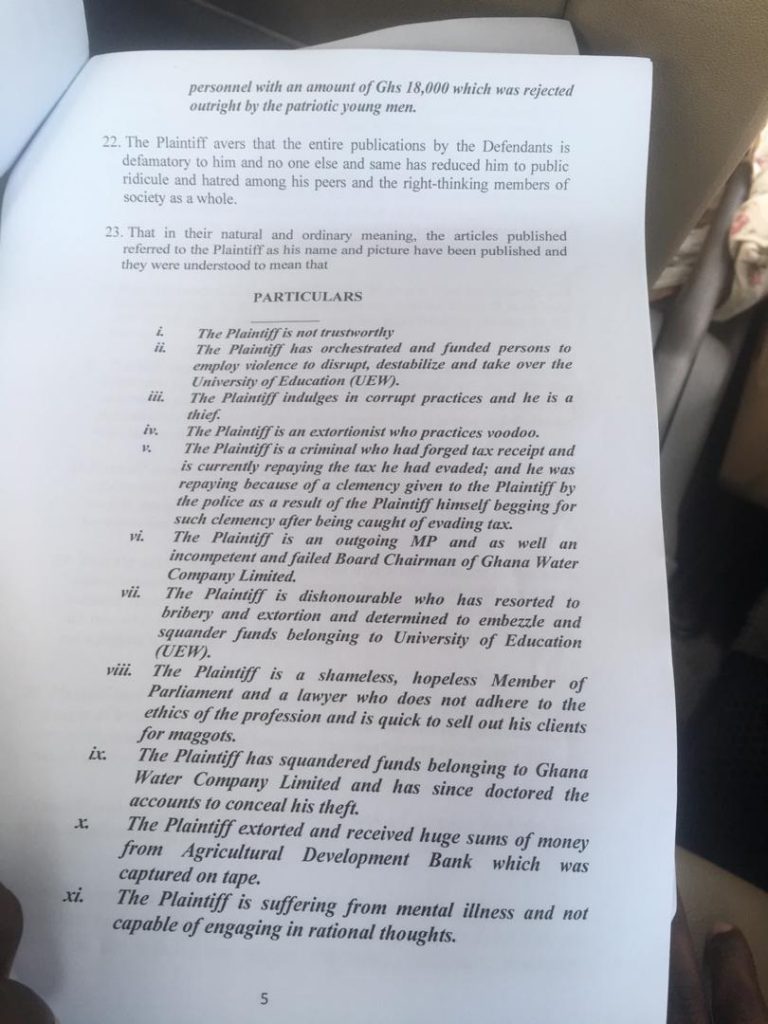 All the claims according to Afenyo Markin are calculated to injure his profession as a lawyer and cause embarrassment to him as a Member of Parliament for the Effutu constituency since they are without truth.

The legislator is asking the Court to order the five defendants to render an unqualified apology to him and refrain from ever publishing any such stories about him.

He is also asking the Court to award him general damages to the tune of GH¢ 1 against all the defendants.