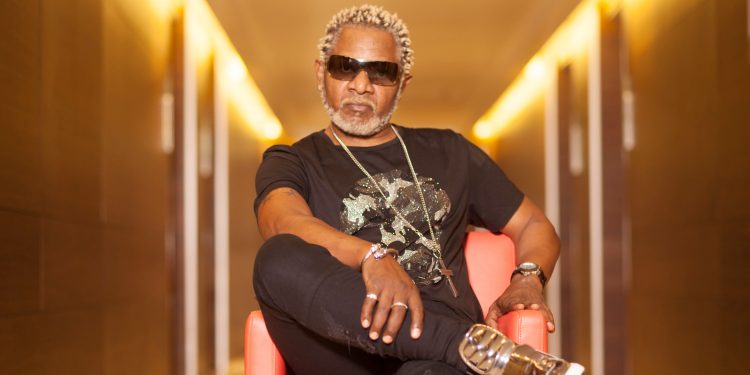 Congolese soukous superstar Awilo Longomba is promising a masterpiece performance when he mounts the stage of this year’s African Legends Night slated for 28th September 2019 in Accra at the Grand Arena Dome, Accra International Conference Centre.

The “Karolina” singer who recently performed at Indigo O2 Arena, London to celebrate the life and legacy of the African music icon and legend Fela Kuti, is expected to thrill ALN music lovers with some of his great hit songs such as Coupe Bibamba, Esopi Yo, Karolina, Bundelele, Moyen Te and many more.

In an endorsement video for fans of African Legends Night, the multiple award-winning musician said “I want to tell Ghanaians to get ready for the show. Put on your dancing shoes and let’s enjoy the night together. I love Ghana and I want to do this for Ghana with all the love from my heart. Don’t miss it. It will be a night you will never forget”.

Awilo will be performing with 2Face 2Baba and Kojo Antwi as the headliners for this year’s show, according to organizers of the event, Global Media Alliance.

Just like 2Face and Kojo Antwi, Awilo has won several international awards. He was the Best Central Africa Artiste at KORA Awards in 1996 and All Africa Music Awards in 1997. His popular soukous songs are widely listened to in West Africa, Eastern and Southern Africa.

His music career took off in 1995 after releasing his first solo album “Moto Pamba”.

Awilo is not just a regular artist doing regular music, his live outstanding performances and popularity makes him the most wanted Congolese artiste on the African continent and Europe.

He has toured African counties such as Nigeria, Cameroon, Uganda, Tanzania, Burkina Faso, Kenya, Cote d’Ivoire, Benin, Zambia among others.

African Legends Night recognizes and celebrates living African music greats who have put the continent’s music on the global map.