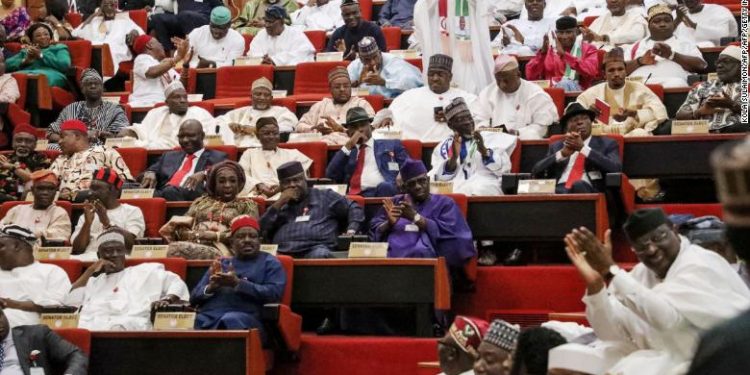 A coalition of civil society groups has launched a lawsuit to block the purchase of luxury cars for principal officers in the Nigerian Senate.

The activists said in the lawsuit that spending such an amount on cars in Nigeria’s present economic state was “unjust and fair” and contradicts their oath on taking office to prioritize the welfare of citizens.

The class action was brought forward by the Socio-Economic Rights and Accountability Project (SERAP), BudgIT and by 6,721 Nigerians including Bring Back our Girls campaigner and former presidential candidate Oby Ezekwesili.

“They can have official cars but why would they spend such an amount buying cars for 109 Senators when more than half of Nigerians are living in abject poverty,” the group’s spokesman Kola Oludare told CNN.
Opponents of the idea says 5.550 billion naira would be spent, which converts to around $15.3 million in US currency.

CNN has reached out to Nigeria’s Senate spokesman Dayo Adeyeye for comment to the group’s petition but is yet to receive a response.

However, in an interview with a local TV station on Sunday, Adeyeye said he was not aware that the stated amount had been budgeted for buying the vehicles. He added that many of Nigeria’s public officials were entitled to official cars and the legislators should not be denied similar benefits.

News of the proposed vehicle’s purchase has also drawn fierce criticism from Nigerians against the lawmakers.
Legislators and top government officials get car allowances on assuming public offices in Nigeria.
But the advocacy group SERAP argued that lawmakers make up a small fraction of the country’s population and their needs should be not placed above the welfare of 200 million Nigerians.

“The plan to spend N5.550 billion to buy vehicles for principal members of the Senate is a textbook case of a conflict of their personal interests with national interest of fiscal efficiency,” the lawsuit says.
Lawmakers in Nigeria earn one of the highest salaries in the world, an Independent Parliamentary Standards Authority (IPSA) study found in 2013, yet more than half of the country’s population live on less than $1.90 a day.

7 Ways to catch a woman’s attention and keep it