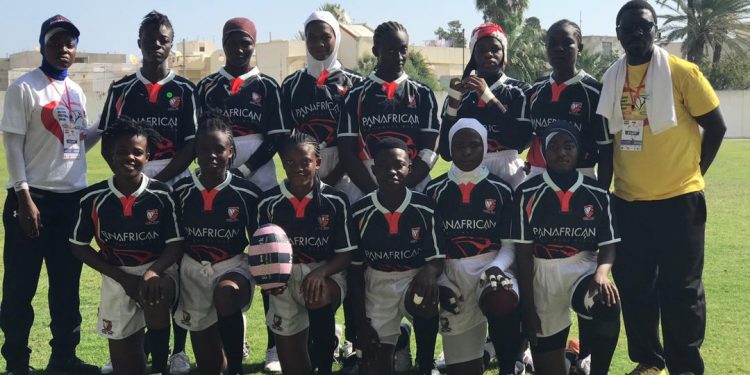 The Ghana Rugby Women’s Sevens national team, the Ghana Eagles, emerged victorious in Monastir, Tunisia, when they won the 2019 Rugby Africa Women’s Challenge Trophy by beating Zambia by 21 to 14 points.

According to Mr. Herbert Mensah, President of Ghana Rugby, the achievement by the young and inexperienced Ghana Women’s Eagles was unexpected but a well-deserved recognition for all the hard work the ladies have put in over the last few years.

“Our ladies, Eagles, have made Ghanaians proud and has built on the success of the men’s fifteens team who has won its competitions for the past consecutive two years. The future for women’s rugby in Ghana is indeed bright, and it is not an impossible dream to aim for the top spot in next year’s Rugby Africa Women’s Sevens competition,” Mensah said.

Rafatu Inusah, who led the delegation said that the Ghana Women’s Eagles indeed went to Tunisia as underdogs. 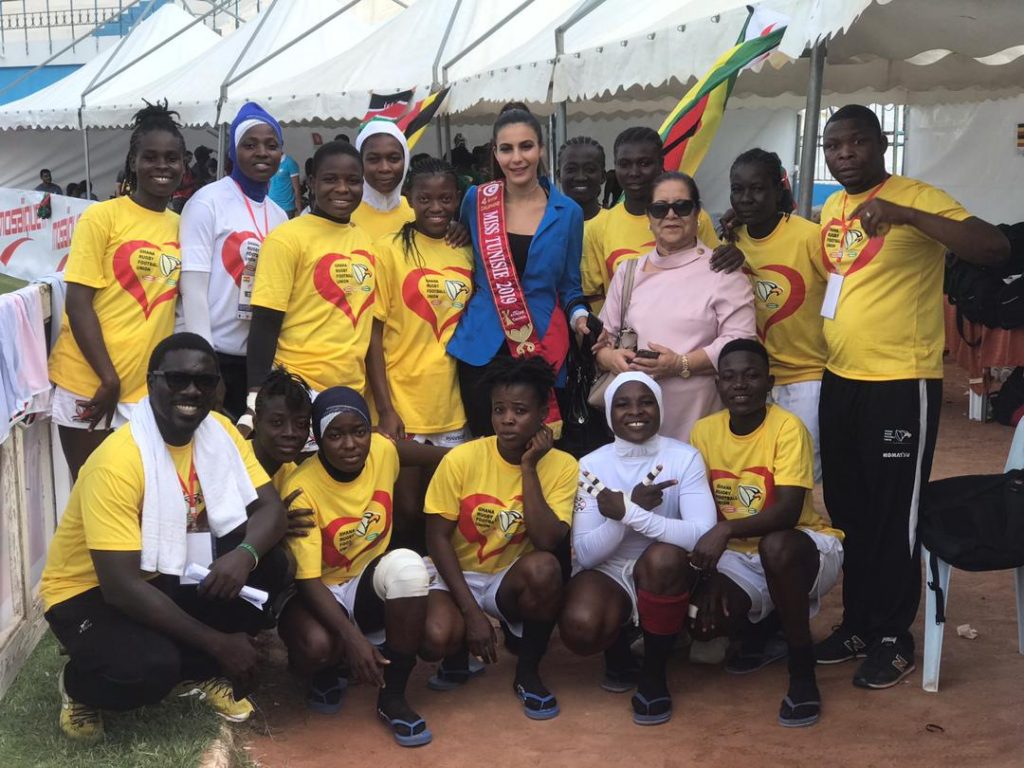 “Participating and winning the Challenge Trophy in this tournament was a big achievement for us. The positivity and attitude of the ladies played a big part in the victory and I would like to congratulate the playing and the technical team on a job well done,” Inusah said.

The Ghana Women’s Sevens Eagles were pooled with Botswana, Kenya, and Senegal in Pool A of the competition.

In the first match against Kenya, the Women’s Eagles lost by 36 to 0 against last champions. The loss to Senegal by 17 points to 10 was described by many as a match that was lost due to inexperience. Ghana managed to beat Botswana narrowly by 12 points to 10 which placed them in the ninth position overall after the pool stages.

In the first of the Challenge Trophy semifinals, Ghana’s ladies faced Mauritius and emerged convincing winners by beating them 29 to 10.

Zambia managed to beat Botswana by 24 to 5 in their Challenge Trophy semifinal whereafter they lost out on silverware when the Ghana Women’s Eagles triumphed with 21 points to 14.

This was the first time that the Ghana women’s team took part in the Rugby Africa international tournament and few people gave them a chance to even reach the finals of the Challenge Trophy. 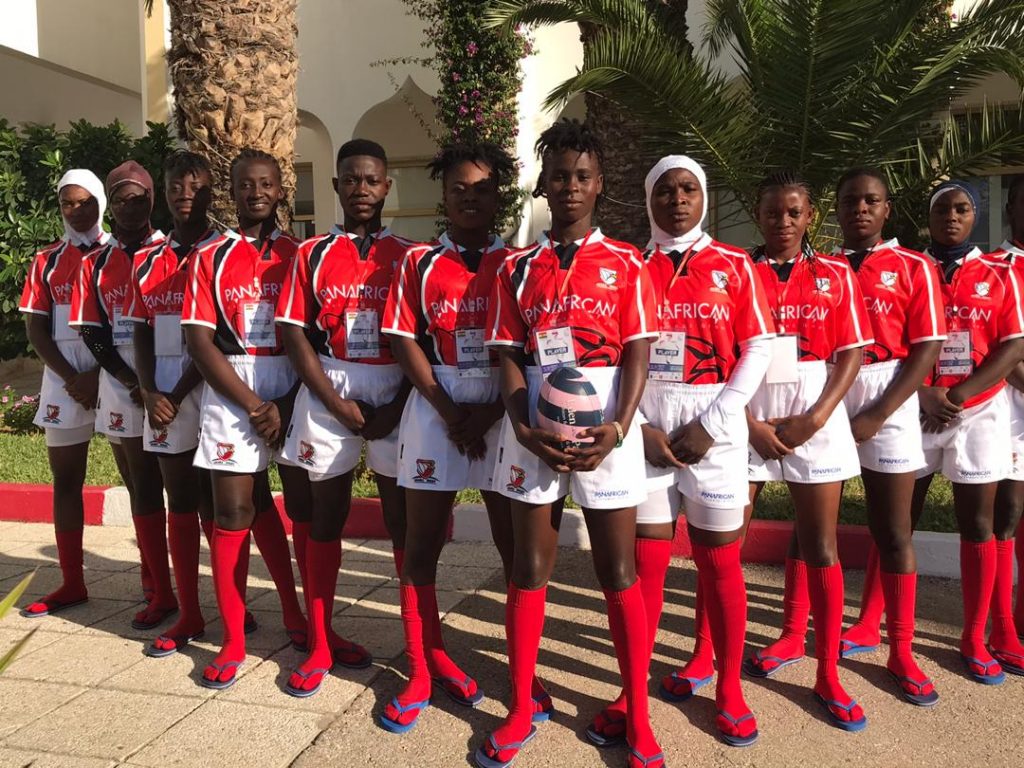 The win placed Ghana number 9 out of 12 on the overall log. This ranking ensured them a spot in next year’s competition.

Miss Tunisia also surprised the Ghana Women’s Eagles when she dropped in before the final of the Challenge Trophy to wish the Eagles well with the match.

Mensah also expressed his gratitude to all who put in an enormous effort to make the triumph in Tunisia possible. He also thanked sponsors and contributors such as the Panafrican Equipment Group, Komatsu, Interplast, Sunda International and the Gino Brands. 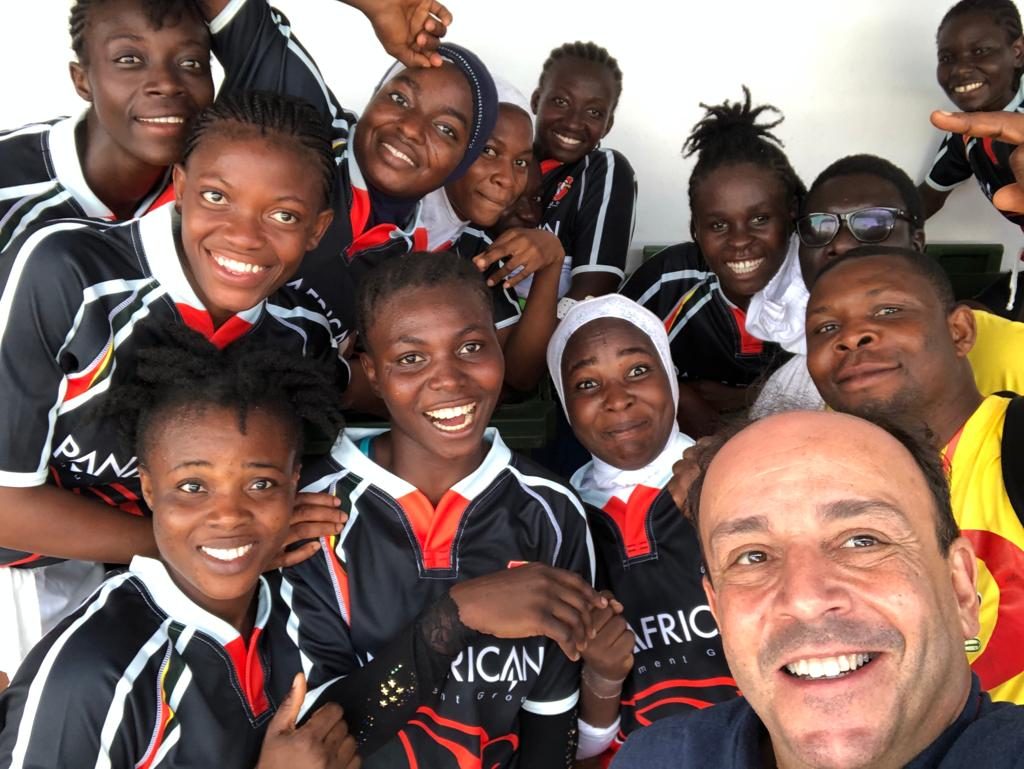 “Representing and making Ghana proud at the international level comes at a huge cost and without our sponsors and supporters, this triumph would not have been possible. We are about to embark on two more international missions in 2019 and we are appealing for more support to continue to fly Ghana’s flag high,” Mensah said.

Meanwhile, the Cup was won by South Africa by beating Kenya, who automatically qualified for the 2020 Olympics Games in Japan, by 14 points to 10.