Infiltration of security agencies by vigilantes a major worry – Analyst 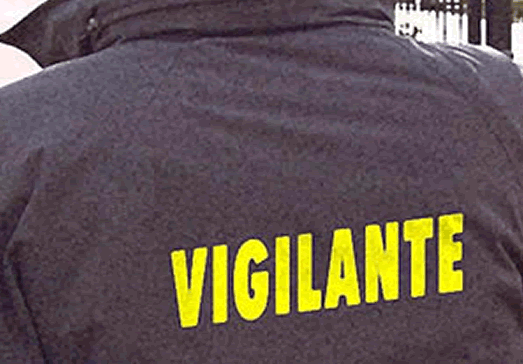 A Senior Programmes Officer with the Centre for Democratic Development, CDD-Ghana, Paul Nana Aborampa, has expressed worry that vigilante groups may take over security agencies in the country due to politicization of the agencies.

He said the development is of great concern particularly as the country prepares for the 2020 general elections.

Mr. Aborampa said the endorsement of vigilantes by political actors also poses a huge threat to next year’s election.

The National Peace Council, the National Democratic Congress (NDC) and the New Patriotic Party (NPP) have developed a framework aimed at ending the menace.

While at it, Parliament has passed a law criminalizing the act.

But speaking at a Roundtable Discussion on Ghana’s current security challenges’ organized by the Ghana Academy of Arts and Sciences, Paul Aborampa called for decisive actions in dealing with vigilantism.

“The fear for Ghanaians is not the fact that we are having increasing vigilantes in the country but the fact that our security agencies will be invaded by these vigilante groups through politicization of our security. We are also fear that over the years we’ve not had consistency in dealing with issues of vigilantism,” he said.

The issue of political vigilantism became a major subject for national discussion following the violence witnessed during the Ayawaso West Wuogon constituency by-election earlier in 2019.

A Security analyst, Dr. Kwesi Aning who has major several public comments on the matter earlier this year expressed worry about the infiltration of members of some vigilante groups within Ghana’s security agencies.

He said as many as 24 vigilante groups could be found in Ghana explaining that violence is a profitable venture in a country heading towards the 2020 general elections.

He said since the 2016 general elections, more groups have been formed such as Eagle Forces, Lions, Hawks, Dragons, Burma camp, Ashanti vigilante group as well as Green Mambas, because violence has become a good bargaining chip.