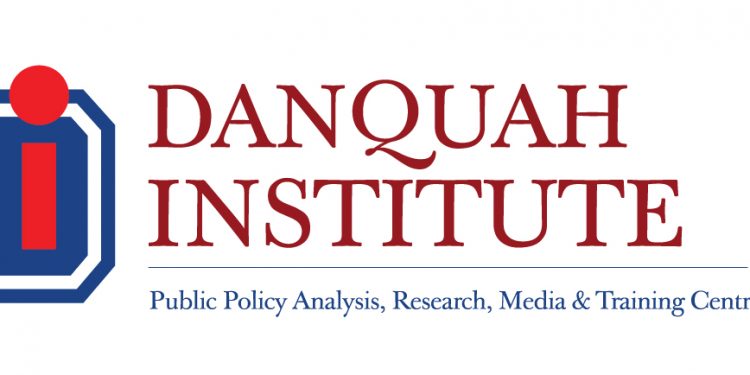 The economy will continue to grow, especially in the long term, due to the sustainable and inclusive policy stances of the government, an analysis of the 2020 Budget by the Danquah Institute (DI) has indicated.

The think tank based its assertion on the assumption that the government will maintain its current fiscal responsibility posture and intensify its policy initiatives to drive production.

A statement signed and issued by the Executive Director of the DI, Mr Richard Ahiagbah, gave the antecedents of the budget, saying “the year 2015 witnessed a textbook collapse of the Ghanaian economy when the International Monetary Fund (IMF) assumed a supervisory role under former President John Mahama”.

He said the institute came to the conclusion after a review of the 2020 Budget Statement and Economic Policy of the Government presented to Parliament last Wednesday.

Meanwhile, two other think tanks prefer a more ambitious outlook for the budget that will be stronger on revenue mobilization.

The Institute of Economic Affairs (IEA) has described the 2020 Budget as cautious and not sufficiently ambitious.

Addressing the press in Accra on Tuesday after its analysis of the budget, the Director of Research at the IEA, Dr John Kwakye, said after three years of virtual fiscal consolidation, a strong policy impulse was needed to stimulate growth, while addressing social challenges such as unemployment, hardships and poverty

“This required an ambitious revenue mobilization effort to support higher capital and social spending,” he said.

The Minister of Finance, Mr Ken Ofori-Atta, presented the 2020 Budget to Parliament last Wednesday. Since then, many think tanks, accounting and advisory firms, civil society groups and individuals have analysed the economic policy document and shared the results with their stakeholders, such as we have on pages 24 & 25 of this paper.

The Institute of Fiscal Studies (IFS), for its part, said the government’s revenue mobilization strategies, which included digitization to improve taxpayer identification, as well as revenue administration reforms to enhance efficiency, “seem inadequate to achieve a significant increase in domestic revenues in both the short and the medium term”.

It proposed a number of revenue mobilization actions, including the passage of the Tax Exemptions Bill to address the excesses of the country’s over-generous exemptions regime.

The IFS also called for a review of Ghana’s natural resources fiscal regime to broaden the revenue base.

This call supports the stance of the IEA for the government to go after more resources locally to expand its expenditure in order to reduce its deficit.

“In doing that, you will achieve your stability goal and your growth goal,” the IEA said.

The government should look towards the natural resources sector, including gold, oil, manganese, bauxite, gas and iron ore, where Dr Kwakye said “the IEA had assembled credible evidence that Ghana has resource reserves that are worth over $12 trillion”.

“When we go in to exploit part of these resources, we sign colonial type of concession contracts that cede mining rights to companies and then we take just a small portion for ourselves, when we could have gone in for product sharing contracts,” he stated.

“If we were to exploit our vast natural resources well under contracts that provide us with maximum benefit, we would not need the foreign borrowing that we often resort to and Ghana Beyond Aid would become a true reality,” he added.

“The 2020 budget and medium-term policy are cautious and guarded, as the minister endeavours to walk a tight rope between stabilisation and growth. The revenue, capital expenditure and growth targets are not sufficiently ambitious,” he said.

Dr Kwakye indicated that the revenue effort of the government was rather tepid, adding that domestic revenue as a percentage of Gross Domestic Product (GDP) was 16.5 per cent in 2020 and averaged 15.9 per cent for 2021-2023.

“The comparable figures for middle-income countries are about 30 per cent and 25 per cent, respectively. The minister (Mr Ofori-Atta) stated support for Ghana Revenue Authority (GRA) reforms, largely targeted at tax administration. However, the reforms do not reflect in significantly better revenue outcomes,” he said, adding that the “minister could have taken bolder steps to mobilise revenue, including the reduction of the spate of exemptions”.

According to Mr Ahiagbah, in spite of the presence of the IMF in 2016, the NDC administration left a weak and troubled economy.

“The March 2017 Budget of President Akufo-Addo’s government took disciplined measures to commit to fiscal responsibility, and as a result, it reversed a troubled economy to growth and reclaimed Ghana’s policy-making control by exiting the IMF programme,” he added.

“In the 2020 Budget, Mr Ofori-Atta stated distinctly that the government intends to be fiscally responsible after the IMF. This means that, barring eventualities, Ghana’s economy will typically continue to grow,” he said.

According to the DI, fiscal responsibility was a critical enabler of economic growth and cited a recent IMF report that used The Philippines as a case study to underscore the growth-inducing potential of fiscal responsibility, particularly when the rule-based regime is adopted.

Ghana has adopted a five per cent deficit rule with the passage of the Fiscal Responsibility Act. Given the government’s stated commitment to adhere to the law, it is reasonable to expect that the economy will benefit exponentially.

The DI said the economy President Akufo-Addo inherited required an urgent stimulus to induce economic activities and it achieved that by removing more than 10 nuisance taxes and implemented the free senior high school (FSHS) policy.

“By eliminating the nuisance taxes and implementing the FSHS policy, both industry and citizens retained money in their pockets, cash they would have spent to meet tax obligations and school fees,” it argued.

“The government reversed a $1.8-billion trade deficit in 2016 to a trade surplus of $2.6 billion in 2019. This is a firm indication that the government’s policies are working and will yield growth in the future,” it added.

“The code to unlocking the growth potential of these and other initiatives is citizen participation and implementation efficiency by government officials,” the institute said.

On other recommendations, the IFS wanted the government’s revenue mobilisation strategies to undertake a comprehensive review of the tax system to identify the strong and weak segments of the system, in terms of the design, bases, rates, revenue potential relative to actual receipts and pursue corrective measures to strengthen tax mobilisation.

It reminded the government that since 2020 was an election year, “the issue of fiscal discipline cannot be overemphasised. Election year fiscal overruns have become a characteristic feature of Ghana’s public financial management culture and it will be a feather in the cap of the government if it avoids a fiscal overrun in 2020”.

The IFS also wanted the government to cut back on consumption-based expenditures, saying: “This should include minimising the size and avoiding the introduction of new initiatives while directing the savings into additional public investment and a reduction in borrowing.”