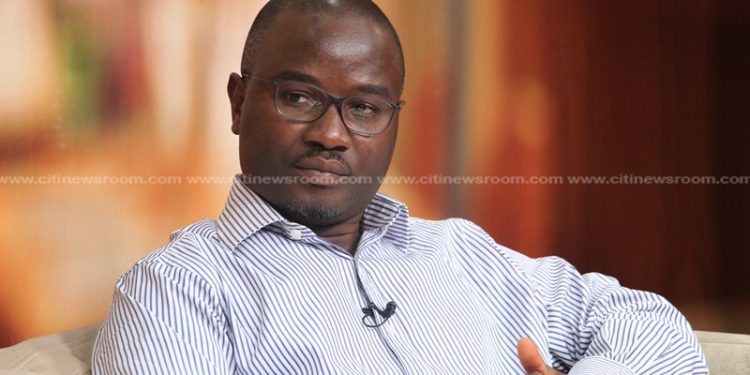 A Member of Parliament’s Finance Committee, Fuseini Issah, is disappointed at the Minority over its position on the US$ 600million cocoa loan.

The OkaiKoi North legislator described the Minority’s concerns as unfortunate.

Parliament had to defer approval of the loan on Tuesday when Minority Leader, Haruna Idrissu raised concerns over the intended utilization of the facility.

The Minority argued that the agreement is not in the best interest of the country, hence the resistance.

But, Fusieni Issah in a Citi News interview said the caucus must rather focus on the benefits of the loan.

“It is rather unfortunate that of the good thing and the game changer of this facility,  we have picked on an item which for me is also important – but shouldn’t have assumed this ‘significance’. Components of this agreement are to be used to irrigate cocoa funds and improve the local production and consumption of cocoa in the country. But that is the component that is getting all the headlines. All the good things that this facility is doing, our brothers [and sisters] on the other side of the House have gloss over it and are majoring on the minors.”

Minority to write to AfDB over ‘unacceptable’ US$600m cocoa loan

Already, the Minority in Parliament has threatened to write to the African Development Bank (AfDB) over the facility which is to be used for the Cocoa Productivity Enhancement Programme.

“The Minority members are going to write officially to the lenders to protest the use of the proceeds of the US$600 million. The structure of the loan agreement is unacceptable. It is an outlier and nobody should encourage this thing to happen in our republic. We are here as citizens and not as spectators. We will fight for the Republic of Ghana because this is not acceptable.”

Several initiatives such as mass cocoa spraying exercises, agronomic support and input subsidies were expected to be undertaken under the project which was sourced from the AfDB.

Meanwhile, the Ghana Cocoa Board says it is optimistic the agreement will be passed the next time it comes up in the House.

Manager at the Office of the COCOBOD CEO, Fiifi Boafo, tells Citi News that further engagements have been held with the Minority in the hope that their concerns would be addressed.

“We do not think the situation is going to remain the same when parliament reconvenes because a lot of the things that were said was out of the fact that some members were not privy to all the relevant information on this whole loan facility. Some of them have enquired after what happened in parliament and explanations have been offered. It is our considered view that being informed about what the whole facility is about and it seeks to help cocoa farmers and the entire cocoa industry of the country when parliament reconvenes, a decision will be made.