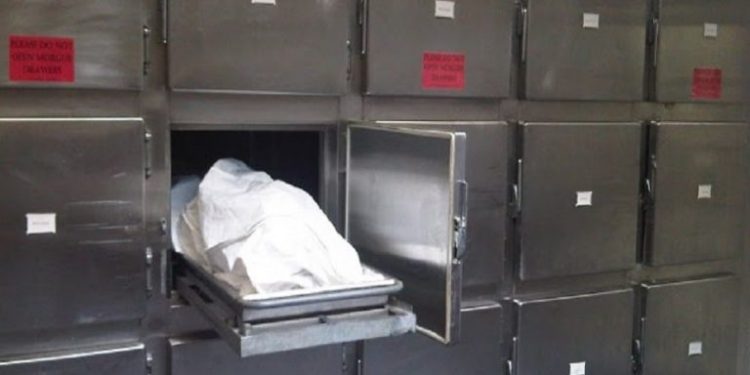 Members of the Ghana Mortuary Workers Association of Ghana (MOWAG) have expressed concern about their safety in their line of work.

The workers say they lack basic protective gear and tools which open them up to a lot of health risks.

Mortuary workers across the country earlier this year embarked on a strike to demand better conditions of service.

“In some of the places, sometimes we don’t have parazone or liquid soap. We have a lot of challenges. Now, in almost all the mortuaries, we are using the surgical gloves, which is what the doctors use. That one is too light and short. We are supposed to use the Nitrile gloves which is longer. With that one, even if the water splashes it won’t touch you. We end up using our own money to procure these things. Government is not doing anything about it and our facility managers are not doing anything to help us”.

Members of the Mortuary Workers Association of Ghana in May 2019 embarked on a strike less than two months after they called off a similar one.

The workers said they were overworked and not paid for their overtime services.

Among their complaints, the Association said most of the workers were employed as casual workers, and their jobs were not guaranteed.

In terms of remuneration, the mortuary workers complained that they are treated as the most unrecognized in the health sector, and for that matter, they are the least paid on the salary structure of the Ministry of Health with no single allowance.

The Ministry of Health in June 2019 secured financial clearance for about 300 mortuary workers to be fully absorbed on to the government’s payroll system in response to the strike action taken by the group.

Before then, a majority of mortuary attendants were only employed as casual workers who earned monthly salaries of 250 cedis.

The Public Relations Officer for the Ministry of Health, Elorm Ametepe, at the time, said all the workers would soon be moved onto the government’s payroll to address the problem.

“We decided that we are going to mechanize them. What I mean by mechanization is to roll them onto the payroll so that they will receive their salaries just like any other worker in the public sector. They brought a list of about three hundred of their colleagues who are not mechanized and we secured financial clearance for them.”