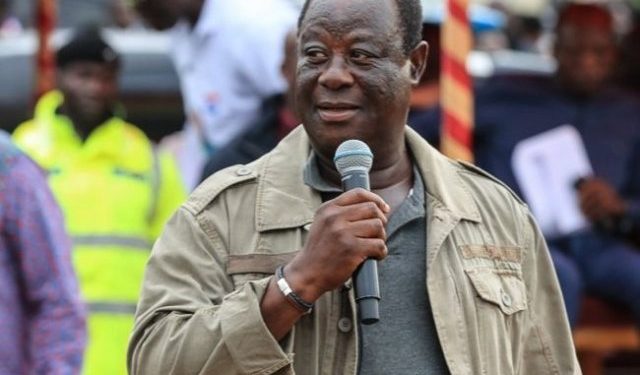 The Minister for Roads and Highways, Kwasi Amoako-Attah has said the incidence of shoddy road construction will no longer be accepted by the government.

According to the Sector Minister, contractors who construct roads that deteriorate over a short period are denying Ghanaians value for their money.

Speaking at the sod-cutting ceremony to commence the rehabilitation and construction of auxiliary infrastructure as part of the Kumasi inner Ring Road and Adjacent street project, Mr. Amoako-Attah further disclosed that his outfit will include road maintenance agreements in contracts awarded to Contractors from January next year.

“It will not happen again under the reign of President Akufo-Addo’s administration. By January, my Ministry will be putting in place measures across the country which will include the maintenance plans of constructed roads that will be handed over to the contractors so if you construct the road, its maintenance and life span shall be the responsibility of the contractor.”

Although road infrastructure receives huge financial resources for expansion, rehabilitation and construction works, not much has improved across the country due to challenges including shoddy work by contractors.

Some roads develop potholes and cracks a few months after their competition.

Others are washed off after a downpour.

The effect of these includes long travel time for commuters, motor accidents and high expenditure by drivers on vehicle maintenance.