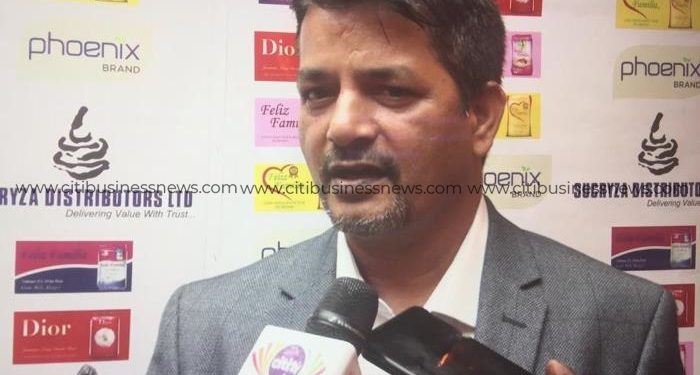 As the campaign for the consumption of local rice intensifies, some rice importers are now getting involved although others are against it because of its implications for imported or foreign rice.

The latest to join the campaign is Sucryza Distributors Limited, one of the biggest importers of rice and sugar in Ghana.

The company says it will in the next few weeks outdoor its version of Ghana rice milled and packaged locally.

Citi FM, as part of its 15th Anniversary, announced yet another development-driven initiative known as Operation Feed Yourself to whip up interest in agriculture and agribusiness for wealth creation and for the purposes of ensuring food security.

It is also to generally encourage Ghanaians to eat what is grown or produced locally.

Shortly after the launch of the project, the station started paying closer attention to the consumption of local rice in particular.

This was after the CEO of Citi FM and Citi TV, Samuel Attah-Mensah, visited some rice farms in Northern Ghana and found out that locally produced rice was stuck at farm gates due to the lack of buyers.

He subsequently appointed himself Ambassador for the promotion of Ghana Rice.

This campaign has caught on with many Ghanaians and received widespread endorsements.
Government and financial institutions have stepped in and made commitments to assist those in the local rice production value chain.

The government has also announced a plan to ban rice importation by 2022.

For this reason, the Food and Agriculture Ministry met with 20 major rice importers and urged them to consider sourcing locally produced rice.

Recently, President Akufo-Addo during an encounter with the media at the Jubilee house called on Ghanaians to consume local rice.

He also announced that all government institutions have been directed to start using local rice for all public programmes and initiatives from January 2020.

With some rice importers ready to source locally produced rice, Sucryza Distributors Limited, says they are ready to support the agenda.

“Very soon, we’re going to introduce our own brands; that is Ghana rice. That is the Happy Family Ghana Rice; it’s going to be launched in the last week of December 2019.

All the artworks and everything has been processed and we have done a lot of hard work on this. We really appreciate a lot of the advocacy ongoing about Ghana Rice; we have been at the forefront for the promotion of Ghana Rice. We have been doing it” Country Director of the company, Nabin Pandey said.

As the quality of locally produced rice remains a major concern for consumers and to importers, the Country Director for Sucryza Distributors Limited, Nabin Pandey, says the techniques of experts in rice production in Vietnam, will be made useful.

“To be very honest with you, there’s a big gap between the imported rice and the Ghana Rice. There’s a huge difference, but the difference is going to be minimized. My management team from Vietnam was in the country last week of November.

They have visited the factories, the rice Mills, and we’ve had a discussion with them. Unlike in Vietnam which produces rice three times a year, Ghana hardly produces even once in a year. That technology, not now, but maybe in the future it’s going to come so that it will help the millers as well as the farmers” he noted.

The Ministry of Food and Agriculture is hoping that by 2022, rice importation into Ghana will be banned.