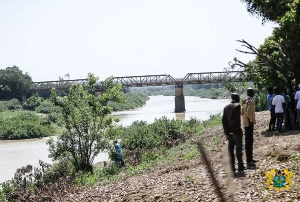 The construction of the $993 million Pwalugu Multi-purpose dam project in the Talensi District of the Upper East Region will commence by end of April 2020. This is according to the Volta River Authority.

The project covers an irrigation facility, which will also serve as a flood control mechanism, a 60MW of Hydropower and 50 MW of Solar power to augment electricity supply to the five regions of the North.

Volta River Authority Project Coordinator of the Pwalugu Multipurpose dam construction, Mr. Kwaku Wiafi disclosed that, the electricity component of the project will consist of $366 million, 60MW hydropower and a $55.4 million, 50MW solar power while resettlement, survey and project management cost will amount to  $98 million.

Scope of the irrigation scheme

According to the CEO of GIDA, Ing. Wilson Dankwah, a 30km weir gravity system will be constructed downstream and will depend on water from the hydropower reservoir pumped into a network of canals to irrigate the 25,000 hectares of land.

He indicated that, the gravity system will enable farmers to use any type of irrigation or water application systems (Center pivot, drips system, micro-sprinkler system)  by providing a sump by the side of the canals and pump the water to irrigate the farms.

“It is going to be a modernized system that will use automated gates to the primary and secondary canals to regulate the water levels in the canals for efficient water usage”.

Crops that will be cultivated under the irrigation scheme will include industrial crops such as sugar cane, rice, soya beans as well as tomatoes and other vegetables.

Ing. Dankwah reiterated that, the crops to be cultivated under the scheme will serve as raw materials to feed government’s One-District-One-Factory program geared at adding value to the materials for export and creating jobs for the youth.

“The cultivation of rice and sugar cane under the scheme will mean a possible revival of the Pwalugu Tomatoes factory to process these tomatoes for local consumption and export and thus creating jobs for many youth through the value chain.”

“About 117,000 metric tons of rice will be produced annually, which means rice mills may be sited within the area to process the rice for use. It is also possible that a sugar cane factory may be constructed to process the sugar cane. This is because the north has good sunshine for the processing of sugar cane”.

The entire project is expected to create about 2,200 direct and indirect jobs Ghanaian youth.

Scope of the electricity component

Project Coordinator of the Pwalugu multipurpose dam project, Kwaku Wiafi disclosed that, the 50MW solar power electricity will be sited at Kurugu in the East Mamprusi Municipal  in the North East Region while the 60MW hydropower at Nungu in the Talensi District of the Upper East Region.

The two projects will be built by Sinohydro over a period of 50 months and supervised by the Volta River Authority (VRA).

The project will be owned and operated by the Volta River Authority.

Mr. Wiafi said, the project when completed will drastically reduce transmission losses of VRA and improve quality of service and customer satisfaction.