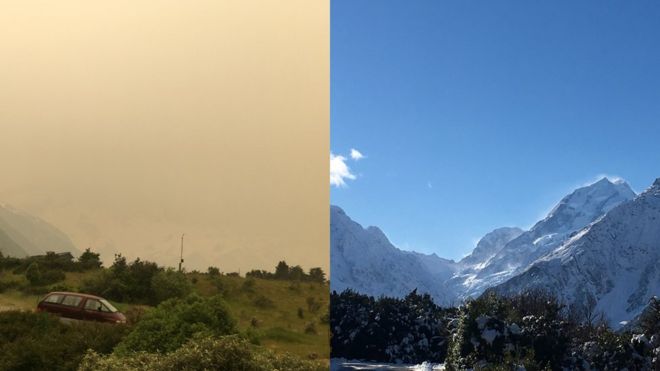 Smoke from huge bushfires in Australia is drifting as far away as New Zealand, 2,000km (1,200 miles) away, leading to haze and a burnt smell in the air.

Australia is grappling with bushfire crisis fuelled by record-breaking temperatures and months of drought.

Since then, the south’s famous glaciers have vanished in haze and even North Island has seen its skies turn “eerie”.

At least 18 people are confirmed to have been killed by the bushfires, which have burned vast areas of several Australian states.

Several people are still missing and conditions are expected to worsen over the coming weekend.

“I have never seen anything like the haze over the past 48 hours,” Arthur McBride of glacier tour company Alpine Guides told the BBC.

But for the past days, visitors have endured a thick yellow haze, instead of the white snow and bright blue skies expected.

“Wednesday afternoon was particularly bad,” Mr McBride says, “and the smell of woodsmoke is still distinct.” 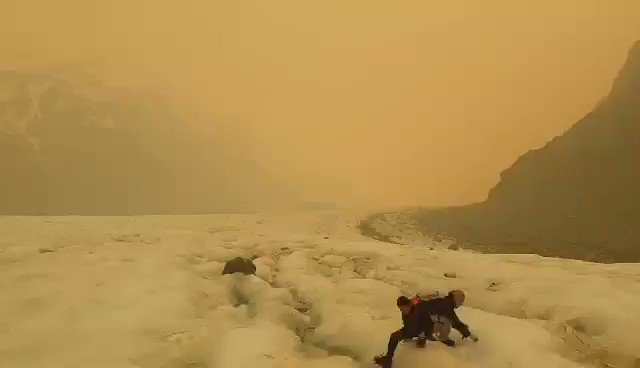 “It’s been hazy for the past 36 hours, it’s been a smoky haze,” explains Dan Burt of Mount Cook Skiplanes and Helicopters.

“In fact, we’ve seen some discolouration on the glacier since a few weeks ago – so that was actually already before the haze of the past days.”

His company runs tour and flights to several glaciers in the region, including the main Tasman glacier.

Over the past days, a few trips had to be cancelled, he said.

“It still would have been save to fly, but it just wouldn’t have been a great experience to be up there.”

Australia and New Zealand are separated by around 2,000km (1,242miles) of the Tasman Sea.

Satellite images released by Weather Watch show exactly how the smoke was moving across the Tasman Sea from Australia’s shores to hit New Zealand.

The peaks around the tourist city of Queenstown, further south from the glaciers, were also covered in haze.

Over the past days, the people of Dunedin on South Island woke up to a noticeably darker sky, according to local media, and there’s been a strong yellowish twilight over the town.

Pictures from Akaroa near the south’s main city of Christchurch also showed an striking sky with the hills shrouded in haze. 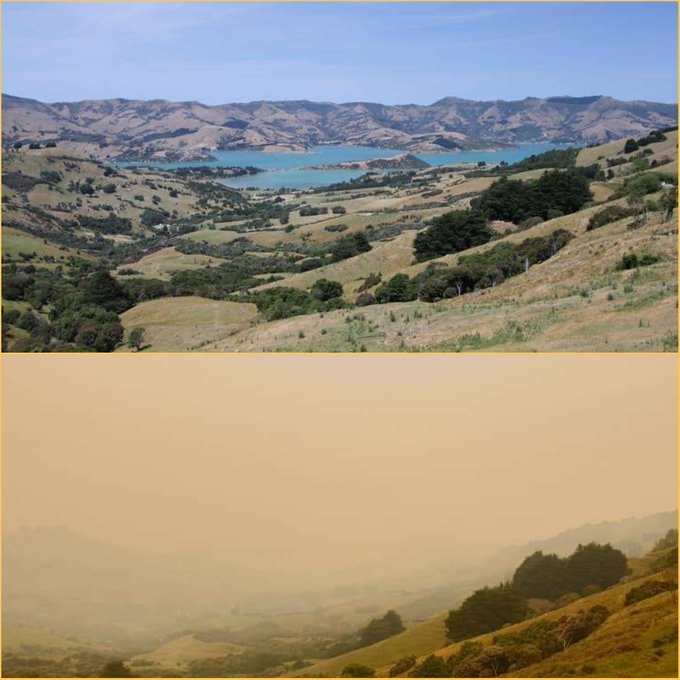 By Thursday, the haze and burnt smell had also reached the North Island.

“The air doesn’t smell in Auckland, but the sunrise and morning light was eerie,” Auckland resident Ena Hutchinson told the BBC.

“There was a strange, golden glow on the sea, the sky was cloudy, and when the sun broke through it was orange.”

She says that while 10 years ago, when they Australia fires were also bad, there’d been some haze, but that it’s never been this bad.

“It’s certainly not something that’s happened like this before – virtually blanketing the South Island and now heading northwards today.”